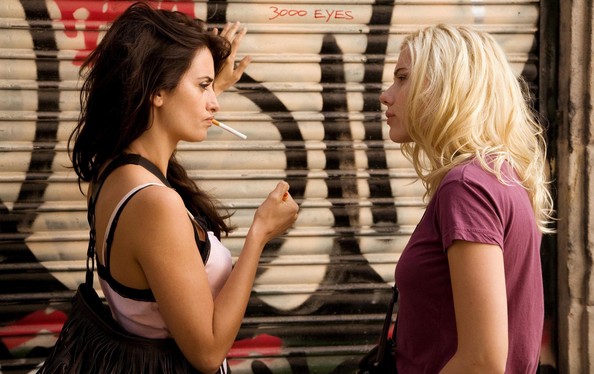 It’s always a treat when the Supporting Actor in a movie dives into play and blows every other cast member out of the water – including the lead. Even more so when no one sees it coming.  Here’s a countdown of my top 10 support acts to sail in and steal not just a few scenes, but pretty much the whole damn schebang…

Christophe Waltz emerged out of nowhere in 2009 as the whimsical, villainous Col. Hans Landa of Inglourious Basterds; sliding into the Tarantino neo-noir set like a glove. With his quirky charisma and sardonic wickedness, the Austrian-German actor outshines even Brad Pitt, as Lt Aldo Rainer – leader of the Basterds. His performance earned him his first Oscar, led him nicely on to his second (for 2012’s Django Unchained), and no doubt sets him up for a tasty Tarantino-hat-trick – with the eagerly awaited The Hateful Eight on its way. Not bad for your first five years in film.

No one – and I mean no one – builds tension and sick-to-the-stomach dread like Joe Pesci in a gangster flick. He may only be 5ft 3, and sound like he’s been sucking on a helium balloon, but as the brutal and volatile mobster in Goodfellas, he – and that raspy voice of his – has our undivided attention. Let’s face it, when you’re stealing scenes from The Legend That Is Robert DeNiro, you know something’s going right.

Without the adorable, bespectacled Breslin dancing and chattering her way giddily through scenes in Little Miss Sunshine, this family road trip movie might have fallen apart at the seams. And that’s a big call when you have Steve Carell, Toni Collette, Paul Dano and Alan Arkin as co-stars. But no – far from serving as just the ‘cute kid’ in this comedy-drama, Breslin’s sweet-natured, ingenuous young Olive keeps us invested from the start. Let’s hope her move to adult roles brings more of the same success.

As ‘Verbal’ Kint, the crippled conman of Scorcese’s The Usual Suspects, Kevin Spacey revealed his flair for playing dark, manipulative and calmly malevolent characters. His subtle performance, together with that mind-spinning final twist (do film endings get better than this?), led the 1995 crime-thriller to cult classic status and the top of many favourite movies lists. Lead Gabriel Byrne puts on a solid display but frankly never stands a chance.

12-time Oscar nominee Jack Nicholson could have been on this list for any number of films –Easy Rider, Batman, The Departed… to name a few. In comedy-drama Terms of Endearment, however, he gets to showcase his broader talents; winding up the comic value of his character, Garrett Breedlove, to staggering effect opposite lead star Shirley MacLaine. A great demonstration of an A-list support swooping in and sealing the success of a film.

Think back to Woody Allen’s Spanish-set flick and a vision of Penelope Cruz’s hysterical, knife-brandishing Maria Elena springs vividly to mind. An even greater feat, perhaps, on account of her competition; the lascivious Scarlet Johansson – and the fact she’s only on screen for about 15 minutes. Yes, Cruz’s portrayal of the tempestuous ex-lover of Bardem’s Juan Antonio is pure comic genius. Who else could charm the pants off everyone whilst playing a semi-psychotic ex-wife?

In the early 80s, Timothy Hutton’s portrayal of Conrad in the Robert Redford-directed Ordinary People set Hollywood on fire. As a troubled teenager wracked with guilt over the death of his older brother, Hutton is heartbreakingly good. The role won him a host of accolades plus a place in Academy Award history – as the youngest actor to receive an Oscar in the Supporting Actor category.

As the palpably nervous, insecure and strung-out Holly in Woody Allen’s Hannah and her Sisters, Dianne Wiest gives one of her most memorable and authentic performances, bouncing off Allen’s Mickey with that trademark vulnerability and fragile neurosis. She’s an inspired casting, alongside Barbara Hershey, Mia Farrow, Carrie Fisher and the also brilliant Michael Caine.

George Sanders’ performance as the cynical theatre critic Addison DeWitt in All About Eve served almost as a paradigm for snide action movie villains of the future. His aura of repulsed amusement and haughty detachment makes him brilliantly and unapologetically detestable. Even alongside Bette Davis, he’s the most watchable star on screen. For Sanders, it was a capstone for his career – which sadly ended with his suicide in 1972.

King of cameos and quirky bit roles, Christopher Walken has bossed scenes – and let’s face it, entire movies – all the way through his career. In Michael Cimino’s The Deer Hunter, playing a young Pennsylvania steelworker who’s been emotionally destroyed by the Vietnam War, Walken brings an intensity to his performance so utterly transformative and convincing that even DeNiro (who is exceptional) and Meryl Streep (also brilliant) struggle to contest. Undoubtedly, this is his finest and most career-defining movie.

These 5 stars also very nearly made the cut – who would you have on your top 10?

Jason Robards, All the Presidents Men