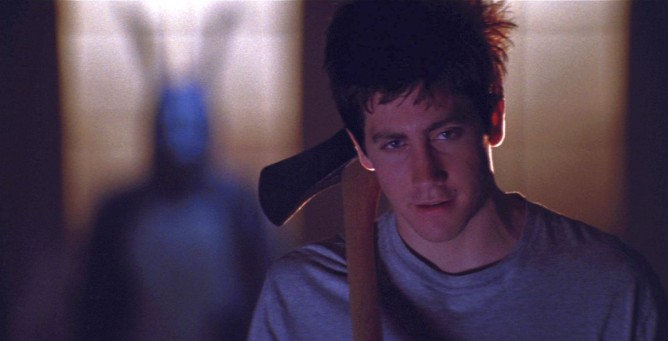 It’s almost that time of the year to put a pumpkin on your head and dance away to that classic Ray Charles Jr. song (Who you gonna call? 555-2368!). Here is a list of movies set during that hallowed day we Australians pretend to not celebrate. But fear not! They’re not all horror films, so there’s something for everyone.

“Everyone’s entitled to one good scare”

Believe it or not, this film is set during Halloween. John Carpenter’s independent 1978 horror flick is an obvious choice for a movie marathon on the last day of October. Taking particular inspiration from Hitchcock’s Psycho (Dr Loomis was names after Sam Loomis and Jamie Lee Curtis is the daughter of Janet Leigh), this film set the rules for all slashers that followed, and created one of the most infamous horror villains of all time – Mike, I mean, Michael Myers. The series continued until it was rebooted by Rob Zombie in 2007, but none have the level of suspense or the legacy of the original.

“Why are you wearing that stupid man suit?”

This cult favourite features a giant, dark rabbit called Frank, who appears to the titular, troubled teen, Donnie, and tells him that the world would end in approximately 28 days – Halloween. The must-watch version of this film is the Director’s Cut, which shouldn’t leave you too confused and has a far superior soundtrack to the Theatrical Cut. Also, don’t bother watching S Darko. We don’t know why that exists.

“Why are you dressed so scary?”

This highly quotable film, which has also garnered a cult following, is one of most fetch films on this list, Mean Girls is about Lindsay Lohan and high school, making it the scariest film on this list. The Plastics’ legacy lives on with this year being its 10th anniversary with fans of the film still asking what day it is – it’s October 3rd.

“All Hallow’s Eve has become a night of frolic”

No Halloween film list is complete without this 90s kids classic. Yet another cult film, Hocus Pocus stars Sarah Jessica Parker as one of three witches who are resurrected into the modern world of 1993. A film that received negative reviews at the time of its release, it now has a cult following and has become an essential film to watch on Halloween. And like all Disney children films, there are a few hidden adult jokes that you probably missed as a child.

“I’m not going to stupid Halloween”

Steven Spielberg’s alien classic has a rather odd Halloween trick-or-treating scene thanks to the appearance of a familiar, small, pointy-eared, green Jedi. Yes, Yoda (well, just a kid dressed as Yoda) is seen in the streets and E.T. attempts to actually approach him. George Lucas responded to this with E.T.-like senators in The Phantom’s Menace.

“There’s only 365 days left until next Halloween!”

Arguably the best movie to be watched two times a year, every year, this film is perfect for both Halloween and Christmas. Directed by Henry Selick, this stop motion fantasy film is set in Halloween Town where the Pumpkin King, Jack Skellington stumbles across Christmas Town and, driven by his Santa Clause obsession, plans to turn 31 OCT into 25 DEC (Sorry, it’s a maths joke). Featuring Oingo Boingo’s Danny Elfman as Jack’s singing voice, this will surely keep you entertained on both days.

Trick ‘R Treat is an anthology film in which we follow four different stories within the town of Warren Valley. These four stories of the psychopathic principal and his son; the urban legend of a local school bus; Anna Paquin and her sexy friends’ Halloween party; and an old, Scrooge-like recluse are all connected by demon child Sam who punishes those who do not embrace the Halloween spirit. For fans of the film, a sequel is pretty much confirmed…