It was early in 2012 that I first saw Ben Wheatley’s Kill List. After reading enough buzz about it online I finally gave in and went out and got a copy of the film on DVD. It’s a film that still stays with me, deep in my consciousness. It has become a viewing experience that I will never forget.

I recently finished studying film at university and the thing I enjoyed most about the past three years was the freedom to experiment, and to see what worked and what didn’t. That feeling of freedom, and the creativity that you discover within yourself is one of the most important parts of filmmaking. Trying, at the very least, to create something different and to use the form in an entirely different way. Many films have forgotten the fun of experimentation, of freedom, and have forgotten the risk of trying something new.

Films that challenge the audience, make them feel uneasy or affect the audience in such a way that they are participating with the movie long after the initial viewing is over are important and perhaps the most rewarding type of film experience. Ben Wheatley is a director that making these kinds of films.

After Kill List, I was introduced to the other films in his, so far, relatively prominent career. Wheatley has had a new film play at the past four Melbourne International Film Festivals and shows no sign of slowing down. In some ways his films are reminiscent of those of Rainer Werner Fassbinder, at least in the abundance and frenetic pace in which they are made. Wheatley is making films that he wants to make. He doesn’t crumble under the pressure of public acceptance. He’s genuinely passionate about the filmmaking craft.

Sightseers is a British black comedy about middle aged couple Tina and Chris on a caravan holiday that goes terrible wrong. It’s a conceptually brilliant and also genuinely funny film. Sightseers been described by critics as a niche film, and something that ‘not many people will think is right,’ but Wheatley has the ability to invade the lives of his characters and to make us feel like we are just watching these people do what they do everyday. 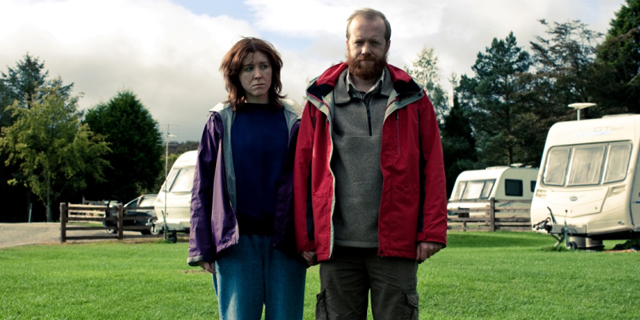 There’s a voyeuristic quality to Wheatley’s film, perhaps none more than Kill List. the nightmarish look into middle-class life in modern day Britain. It can be divided into three parts – first it feels like a family drama film, about a couple struggling financially, then it becomes a film about contract killers, and then finally it descends into a relatively dark horror film. The whole way through it manages to make this blend of different genres work perfectly. The shots feel natural, almost like watching a documentary, which in the case of Kill List is a positive. Most of the dialogue is improvised, and the cuts are dirty and, at points, disorientating.

Wheatley’s most recent, and perhaps most dividing work, A Field in England, is a distinctive experience, and perhaps the best example of his ability as a filmmaker. It is described as a ‘psychedelic civil war’ film, and it follows a group of soldiers ready to desert a battle and head onward, only to end up eating mushrooms in the middle of a British field. The film assaults you. Wheatley’s editing towards the end the film confuses your brain, and plays with your mind’s ability to process information as shots blur into one another, franticly jumping back and forth and mirroring each other as a menacing, foreboding score makes you feel incredibly uncomfortable. A Field in England challenges the audience and keeps them thinking a long time after the film is over. Whether or not you hate it or adore it, the film keeps you talking, and actually participates the audience in something unusual.

After his career to date it seems implausible that Wheatley will surrender to the constraints of American big budget cinema instead of bringing us again, something completely different and effective. His films create conversation, they get us to think, to research and to actually feel, no matter how dark and unpleasant that feeling may be. It goes beyond just escapism, and that’s the true beauty of Wheatley’s cinema. There should be more filmmakers like Ben Wheatley, and more films like his, willing to challenge an audience, rather than merely please them.