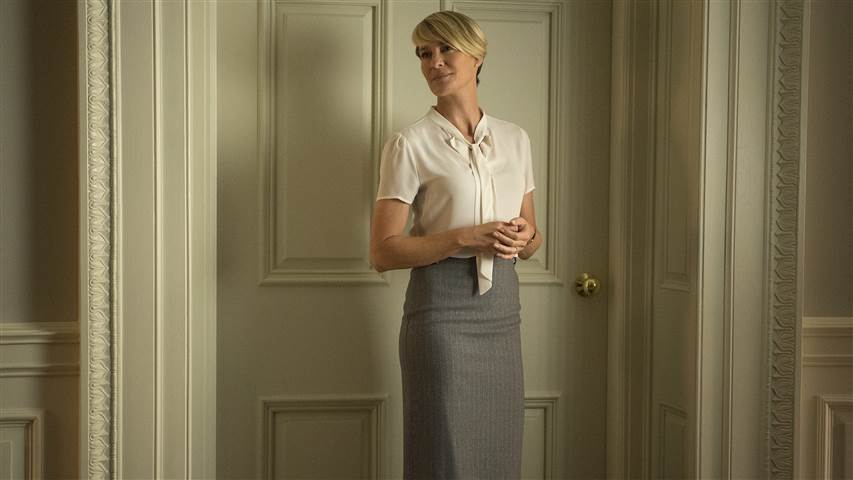 In 1999, The Sopranos’ creator David Chase took the complex gangster figure from films like The Godfather and Goodfellas and rewrote it for the small screen, allowing for a serialized examination of the gangster in all its complexity. The series places the gangster in the familiar terrain of the suburban family home, maintaining a façade of ordinariness that is stripped away by the family’s involvement in organised crime. Tony Soprano is the New Jersey mob boss, a husband, a father, and most surprisingly given his career choice, a therapy patient. Through his therapy sessions, we learn of his guilt and fears as a Mafia boss that reveal the scared little boy underneath the gangster, as well as his mother complex that is reminiscent of James Cagney’s Cody Jarrett in 1940s classic, White Heat. Tony Soprano is the godfather of the televised anti-hero, setting a new standard of character complexity that many have since tried to replicate.

In a series where it’s hard to find any moral characters, even on the right side of the law, Omar Little stands out as one of the most morally complex. So complex, indeed, that despite being a gun-wielding stick-up man, Barack Obama named him as the best television character of all time. “That’s not an endorsement”, Obama added, but it’s hard not to find fascination in this character. Omar Little is television’s first – and perhaps only – gay, black gangster, who carries a shotgun and a demeanor reminiscent of an old Western character. Among the most feared characters on the show, Omar makes a living by robbing drug dealers, approaching his victims while whistling a tune that echoes the sentiment of characters in Fritz Lang’s M and Tarantino’s Kill Bill. It’s his bizarre ethical code that makes his character so complex. He refuses to do ‘business’ with anyone outside of the game, and makes a living fucking with everyone already in it.

We first meet widowed Nancy some months after she suddenly loses her husband to a heart attack, and the difficulties of raising a family alone in upper-middle class suburbia are palpable. We quickly learn that in order to keep her finances and her family afloat, she sells marijuana to members of her tight-knit community, and does so without her family knowing. Parallels can, and have, been drawn between Nancy and Walter White from Breaking Bad, and their shared desire to provide for their families. However, Nancy not only has to be the sole source of income for her family, she also needs to uphold a façade of control and wealth within a community who places emphasis on social standing. As Nancy continues her affiliation with the drug world, the line between right and wrong becomes even more blurred. The series pushes the boundaries between providing for one’s family, and Nancy’s staunch complicity in the world of crime.

Dexter Morgan. Blood splatter analyst for Miami Metro Homicide by day, serial killer by night. What drives Dexter to do what he does is slowly revealed to us throughout the series, with frequent flashbacks and voiceovers revealing the motives of Dexter and his ‘dark passenger’. Moral complexity is a mutual thematic concern; after all, Dexter is a serial killer. So why do we like him? Well, he only kills people who, according to him, have slipped through the cracks of justice. With each season, Dexter faces a worthy adversary who forces him to question his loyalties, and make sacrifices that impact his moonlighting abilities. Say what you will about the final season (particularly the last episode), but learning about what makes Dexter tick was well worth the ride.

When we meet Don Draper, he is both married and a successful advertising agent on Madison Avenue. Despite his clean-cut appearances and successes at work, we quickly learn that almost every part of his life – from his name to his marriage – is a facade, revealing a tormented man who hides behind his own lies. His identity is assumed; Don Draper was born Dick Whitman, brought into the world by a 22-year- old prostitute and an alcoholic, abusive father. When a fellow soldier was killed in combat in Vietnam, the simple act of trading dogtags with the deceased liberated Dick from his past, presenting him with the opportunity to reinvent himself as someone other than himself. Instead, he entered a life of infidelity and alcohol, consumed by his own dishonesty. Despite his inability to commit to anyone romantically, we see in his relationships with his protégé Peggy Olson, and the real Mrs. Draper, a man who yearns for connection and someone with whom he can take off the Don Draper mask and feel human again.

“Chemistry is the study of change.” Walter White’s passionate address about chemistry to his uninterested students not only showcases his unappreciated genius as an educator, but reveals that the notion of change would be the foreshadowing theme of the entire series. After Walt is diagnosed with terminal lung cancer, he feels an overwhelming desire to provide for his family. With a pregnant wife, and his teenaged son living with cerebral palsy, Walt knows that his measly teaching salary will not suffice in the event of his death. Walt’s foray into the world of crystal meth not only afforded him more money than he could ever have imagined, but also the ability to exercise authority and power like never before. Heisenberg, his self-assigned alias, slowly becomes the sole personality throughout the series and as a result, gives birth to one of television’s most iconic anti-hero.

Some may think that it is Frank Underwood’s name that belongs here. Frank, after all, is the one that trail blazes his way through the weakness of democracy, eliminating the more feeble politicians to allow him to reach the top job, without stopping at anything – including murder. But if we’re being real here, we can admit that there isn’t anything complex about Frank Underwood: he is not a good man. His wife, Claire, however, has her own layers of complexity that far surpass previous wives of the anti-hero. Where women, like Carmela Soprano, often pretend to be the moral centre of their husband’s lives, Claire Underwood helps lead hers down the destructive path to power. Despite this, Claire reveals a softer side that is void in her husband. She’s not afraid to take down others for self-gain, but at least she has some kind of conscience about it – if only for a moment.

Last year, the Coen brothers’ classic Fargo was remade/reimagined for the small screen. This could have gone terribly, except for the surprising fact that it didn’t. Rather than recreating one of the villainous characters from the film, Billy Bob Thornton’s Lorne Malvo is more like a distant relative to Javier Bardem’s Anton Chigurh from another Coen brothers’ classic, No Country for Old Men. There is a fine line between classifying him as morally complex and morally reprehensible, but like Anton Chigurh, there is something deeply intriguing about his character. Detached and unsympathetic, Lorne Malvo is a lone drifter and a contracted killer, but despite his psychopathic tenancies, he is also strangely human. When he meets Lester Nygaard, a middle-aged man who has just had his nose broken by his high school bully, Lorne convinces him to stand up for himself. In his own way, he represents the underdog, though his idea is justice is more like a knife to the back of the head.