The people are real. The decisions final. 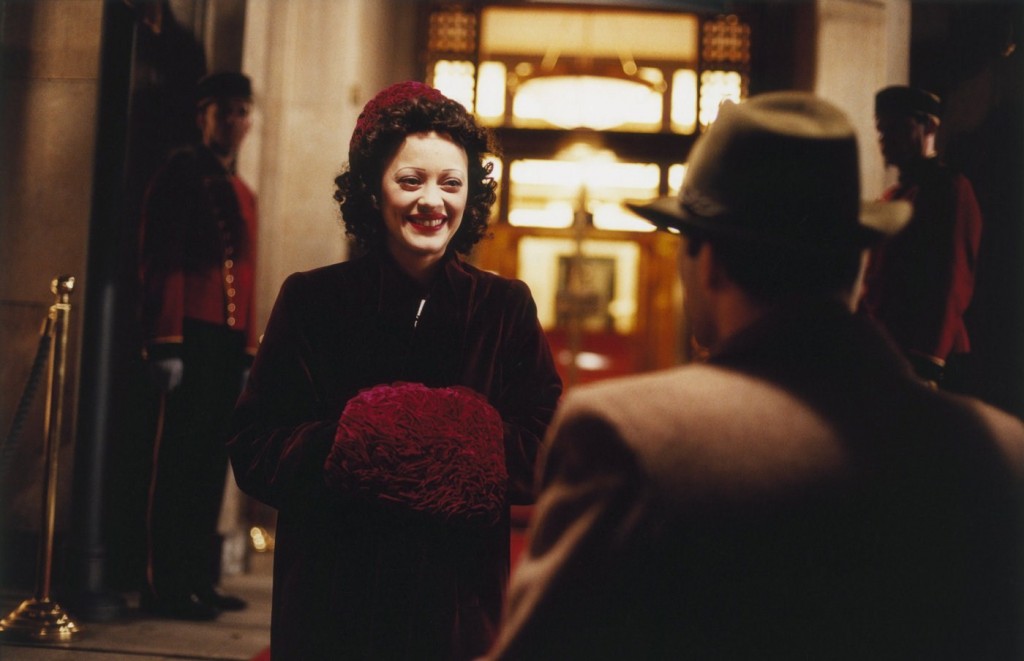 These films revisit important and noteworthy lives of people throughout history, who impacted our social and political culture. Creatively, they examine the stories of such people, intricately perceiving them in a new light other than that of a mere icon, these films explore the people behind the fame.

Let’s talk about Sean Penn. This actor embraces the heart and soul of every role he takes on, drawing from a deep part inside him to create solid and powerful performances. In 1977 Harvey Milk became the first openly gay man to be elected into public office in the US, inspiring a spirited movement of equality for homosexual people. With the backdrop of San Francisco, we follow Milk’s history as he reflects on his life, noting points of his career and personal experiences into a tape recorder. Van Sant’s remarkable direction generates a beautiful and authentic production design and, incorporating affecting archival footage, we gain an emotional and invigorating portrayal of the life of Harvey Milk, who yearned for a better world.

People everywhere have something to say about Mrs. Thatcher, whether sturdily commenting on her policies or personality. The Iron Lady reflects upon this British leader as a woman. Without much focus of exact political movements, we learn more about the intellect and strength she executed when politically strategising and leading the country. Here, Margaret Thatcher is portrayed as a human being – we visit moments in her personal and political life as she reminisces years later when haunted with dementia and grief for her late husband. Meryl Streep’s performance is simply outstanding. It’s as if we are watching the Maragret Thatcher parade through parliament, lips of steel, hedonistic and consequential in power. This film rips back a layer of Thatcher’s skin, allowing the audience to be exposed to a vulnerable creature – the daughter of a grocer, the wife of a sweetheart, a mother of two and an obdurate Prime Minister of a country.

It’s as if Audrey Tautou was born to play Gabrielle Chanel – in gait, she delicately moves through provincial Paris but in motivation, fiercely becomes a pioneer for fashion and French culture. As the title explains, Coco Before Chanel, this film tours through Coco’s life before she became the brand Chanel. A woman who denied her youth of poverty and dejection, this film acts to encounter the girl before the woman as if to trace the birth of fashion itself. Starting with her life as an orphan (which she was actually not but an example of the way in which Chanel’s falsified and embellished her life), moving through to her creative accomplishments, all the while remaining a woman bereft of love. Coca Avant Chanel depicts a very powerful woman with a sharp tongue, intellect and vision that would revolutionise the way women were acknowledged.

The history of Joy Division and Anton Corbijn has been long and rich – Corbijn photographed the band during its 70s success and then years later, represented the pop star Ian Curtis and his band as director of the film Control. Handsome and drenched in sorrow, Curtis, a life riddled with dark poetry, music and melancholy. This picture doesn’t romanticise the life of the lead singer but yet, more neutrally and humanly, explores the days of depression and the creation of the ironically named band. Shot in black and white, we get a sense that Ian did not live a vivacious life of colour but rather a bleak and solemn existence, questioning moral standards of society. The soundtrack narrates Curtis’ mental process towards his surrender to death, deeming that ‘love will tear us a part’ and leave us in ‘isolation’. A portrait of a life short-lived, yes, but this man will forever permeate meanings of youth and music.

Tom Hardy gives you constant shivers during this low budget bio-pic of criminal Charles Bronson. His bloody battles from childhood into adulthood showcase Bronson’s insanity and intransigence as he brings it upon himself to become England’s most famous criminal. There is a sense of whimsy, theatre and humour as this film absurdly evokes Bronson’s love of performance. Reencountering his life behind and outside of bars, this film is broken up with dramatic monologues from Bronson performing to the camera on a stage. This gives the audience an insight into Bronson’s motivation for crime and brutality – fame. His baldhead and long, thick moustache hint towards a carnival theme, adding to the theatrical portrayal of this man. We enter this criminal’s version of happiness – chaos, pain, straightjackets and theatrics – a man who’d rather freedom in violence than the small restrictions of normality.

Mathieu Amalric in The Diving Bell and the Butterfly | dir. Julian Schnable (2007)

The Diving Bell and Butterfly is the true story of Elle editor Jean-Dominique Bauby. To gain a sense of Bauby, the film moves between two ideas of his life, imagination and disability. Flicking from his fantasy, as means of existing outside his paralysis, we abruptly jolt back to the harsh reality of his hospital life, only able to communicate by blinking with his left eye. Shot extremely ingeniously, we are inside the head of Bauby, behind his blinking eye, tediously working with him to spell a single word. This claustrophobic portrayal, perhaps urges an audience to experience their purpose before the inevitable by showcasing a man trapped inside his own body.

This powerful depiction of Truman Capote chases the evolution of the author as he researches and writes his famous novel ‘In Cold Blood’, with emphasis on connection to convicted murderer Perry Smith. With the focus at the heart of this connection, this picture becomes the story of a writer’s consumption of tale and person that would eventually lead to his self-destruction. The mirror of Capote and Smith suggests a sameness between these two personalities, unfolding an explanation into Capote as a character. A fine line between exploitation and friendship.

Edith Piaf – The Little Sparrow. Hearing ‘La Vie En Rose’ softly spill out of Piaf’s mouth in beautiful belts of song, sends a tingle down your spine, haunting you with the image of a harsh life lived. A child of a prostitute and a street performer and a woman with indescribable natural talent. Through a series of fragmented significant moments of her tragic life, Oliver Dahan paints a fragile and tormented portrait of an artist who breaks the boundaries with ferocity and audacity. Marion Cotillard compels the audience with her raw and heartbreaking portrayal of the artist, describing the pain and artistry. It is this fragmented depiction that elucidates her existence as the sparrow, flitting through a life of no regrets.

This film does not merely represent Bob Dylan by one powerhouse performance but rather six alter egos played by a talented cast, each expressing individual fragments of the life of the enigmatic musician. The concept of the abstract portrayal allows us not to fixate on a mimicking performance of a historical figure but rather, go deeper to understand the illusive nature and sporadic methods of this artist. This film essay follows the six alter egos who posses similar traits as means of discovering the effect of Dylan, rather than directly examining his life. These various Dylan-esque interpretations comment on youth, politics, religion with a nostalgic 60s sense, the biopic elucidating the ever-changing essence of Bob Dylan.

It is the earlier aspects of Malcolm Little’s life that Spike Lee concentrates on in Malcolm X and in doing so explores the origins of his salient beliefs, fueling the narrative progression of racial movements and civil rights protests.  The focus on his early years as a smug street hustler, cynical with racial pessimism allows us to understand his social critiques. His adoption of Muslim belief forbids him from drinking smokin, having sex and most importantly, highlights his transition from Malcolm Little to Malcolm X. The ‘X’ symbolizes his unkown African identity abolished by slavery. Malcolm X reflects the idea of diffusing racism rather than engaging in collective action.