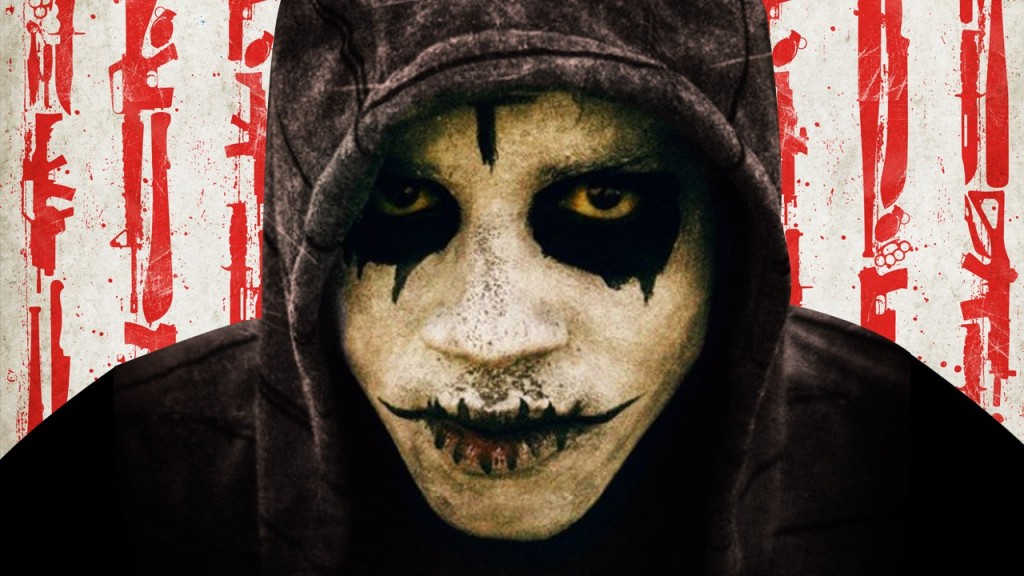 These are the best horror films I’ve seen this year and one I thought was extremely overrated. Unfortunately I wasn’t able to see either Eli Roth’s The Green Inferno or Iranian vampire-Western A Girl Walks Home Alone at Night, both of which I think will be very good—so keep an eye out for those if you like these kinds of movies.

The Babadook starts well but ends as a great disappointment. The film captures a particular kind of grim suburban existence and paints an effective portrait of the interactions of a disturbed parent and her equally disturbed child. Unfortunately, the Babadook monster is too soon revealed to be merely a metaphor for the mother’s mental illness and the film turns into a dull PSA with a problematic message (“If you yell at your problems, they’ll go away!”). The Babadook has some effective sequences but can sadly be predicted from beginning to end.

The ABCs of Death 2 is a compilation of 26 horror films, each for a letter of the alphabet, provided by a range of genre directors from across the world. It’s much more consistent than the first ABCs of Death, but still very patchy. Some of the films are brilliant; others are total trash; the rest fall in the middle. The film never grows dull, however, as none of the films are longer than five minutes and cover a huge range of tones and styles. “Z”, “Q” and “K” are particularly good. “F” is notably awful. Perhaps the film’s biggest problem is the disturbing amount of violence against children which it contains, which weighs heavy after a while.

The Purge series is set in a dystopian America controlled by the New Founding Fathers, a gang of ultraconservative Tea Party maniacs. One night a year a Purge is held, during which all crime is made legal, giving the rich a license to cull as many of the poor and unemployed as they can. The first Purge was little more than a mediocre home invasion film, but Anarchy widens the scope of the series drastically, taking place all across LA as a gang of survivors are forced to flee for their lives from armies of masked killers. The film owes a lot to Escape from New York in its depiction of a gloomy, desolate city, littered with booby traps and ambushes. It sags a little in the middle and devolves into a mere shootout at the end, but for the most part Anarchy is a very enjoyable retro horror-thriller.

The Town that Dreaded Sundown is a remake-sequel to the 1970s exploitation slasher original (which I haven’t seen). It takes place in 2013 in Texakarna, a town straddling the Texas-Arkansaw border. Decades earlier, the town was ravaged by a masked killer known as the Phantom; now, on Halloween every year, the town gathers to watch the original The Town that Dreaded Sundown in a weird commemoration of the killings. Naturally, the killings recommence, and a young woman who seems to have a bright future ahead of her in college is the primary target. Fortunately, the film never becomes overly metafictional or pretentious. It’s beautifully shot and lit and follows a satisfyingly old-fashioned slasher model in which any character might be the killer. The supporting cast are excellent, particularly the town’s preacher (who fights the Phantom with an arsenal of glib prayers) and a smarmy deputy played by Gary Cole (Lumbergh, from Office Space). Very much worth a watch.

Starry Eyes is a classic Faustian narrative of somebody who gains the world at the price of their soul. In this case, the soul belongs to a good-natured but talentless actress who is being driven steadily insane by her job as a “sexy” waitress at a fast-food outlet and the taunts of a rival young woman in her apartment complex. She auditions for a new role in a horror film by a fading, yet prestigious company; at first she’s worried the producer wants her to sleep with him, but it turns out he wants much, much more. The dialogue is subtle and naturalistic, the characters are well-drawn, and the dread mounts inexorably. My only complaint is that the film’s last scene doesn’t quite hit the right note, but that’s a subjective call.

A young woman goes on a date to the movies, loses her virginity, and wakes up to find she’s contracted a sexually-transmitted curse. It’s a particularly horrifying curse: for as long as she lives, she’ll be stalked by a shape-shifting demon, unless she passes it onto somebody else, in which case the demon will come after her again as soon as it’s finished with whoever she passed it onto. The demon appears as a different person every time but is immediately recognisable by its steadfast gait and blank, awful stare. It Follows becomes a bit silly at points, but the horror of its central concept rises over all. It’s extremely well paced and shot and the soundtrack is evocative of John Carpenter’s films (he seems to be staging a bit of a vicarious comeback). Definitely the scariest film I’ve seen this year. There’s a particularly frightening moment when a tall man walks into a room—I wasn’t ready for it.