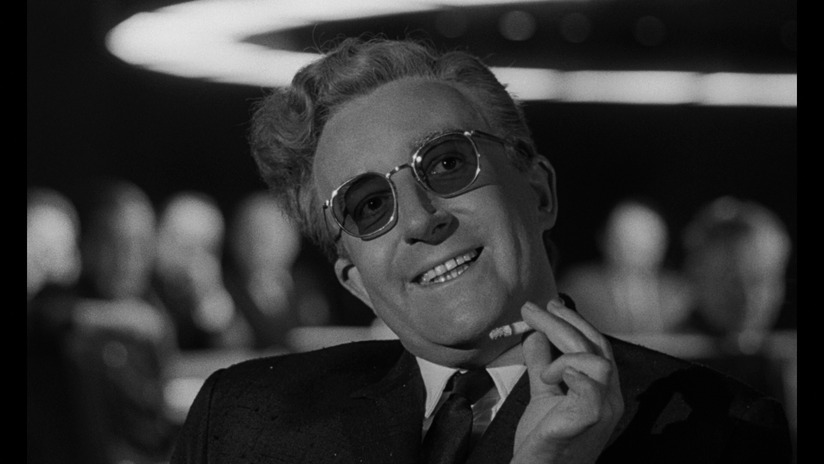 Based on the John Le Carre novel of the same name, Tinker Tailor Soldier Spy stars Gary Oldman as George Smiley, a role made famous in the late 70s/early 80s by Sir Alex Guinness. Set in the early 1970’s, Tinker revolves around Smiley, who has found himself on the outer of MI6 and is recruited to secretly investigate suspicions of a traitor amongst four senior government officials.

It’s essentially a mole hunt film but, unlike the typical American style spy thriller, there’s little action. Barely a shot is fired, but tension is palpable throughout as Smiley follows the trail. Director Tomas Alfredson (Let the Right One In) with director of photography Hoyte Van Hotema (Her, Interstellar) pay an incredible amount of attention to detail; each shot is framed and lit with such clarity and depth of field it’s staggering and mesmerising, a visual delight in many ways even if one can get little lost in the goings on of the plot. Performances are stellar and for the most part subdued and nuanced. When Mark Strong, Colin Firth, Benedict Cumberland, Tom Hardy fill your supporting roles you know there’s some depth to your cast.

The Lives of Others (2006) | dir. Florian Henckel von Donnersmark

Like Tinker Tailor Soldier Spy, The Lives of Others tells a largely action-free spy story, and there’s not an American in sight. It’s 1984, East Berlin, five years before the wall came down, an era in which the East German Secret Police, aka the Stasi, were beginning to lose some of their iron grip. Stasi agent Wiesler (Ulriche Muhe), a seemingly emotionless, and overly diligent man, starts to lose his own grip as he becomes increasingly drawn into the lives of the suspected subversives he’s investigating.

Deftly shot with incredible production design, it’s an emotional and psychologically moving film. The hidden complexity of Wiesler as a character is enthralling but understated at every turn; everything is conveyed through actions, looks, private moments rather than clunky dialogue.

Marketed as telling the ‘untold story’ and revealing the ‘hidden history of the C.I.A’ The Good Shepard is in fact fiction. It does however use historical scenarios and characters based on real life figures to tell a rough history of American foreign intelligence – from the Office of Strategic Services that formed and operated during World War II, through to the inception of the CIA, and into that branches most prolific and controversial period, the 1960s.

Through the eyes of Edward Wilson (Matt Damon) the film by all accounts provides an accurate portrayal of CIA operations (including the use of LSD for interrogation purposes) as well as recruiting and forensic processes. Though Wilson was not a real life figure he’s possibly loosely based on one or a combination of real life figures like the CIA’s Chief of counterintelligence James Angleton, Chief or Operations in the 50s Frank Wisner, and Bay of Pigs architect Richard Bissell.

To say The Good Shepard, one of Robert De Niro’s two directorial efforts, is a slow burn is understating it. At 167 minutes it never sets a cracking pace, and having a protagonist as cold and expressionless as Wilson makes it feel even longer. But it’s insights into foreign intelligence and American foreign policy is as fascinating as it is scary, and by framing the film around a the dissection of mysterious recording Wilson has received in the 1960s, whilst flashing back to the more linear story of his College days onwards, injects some welcome intrigue.

Thirteen Days is pretty stock-standard in many ways; there’s nothing flashy about it and it’s full of good but not great actors. But there’s no denying the inherent drama surrounding the Cuban Missile crisis lends itself to a film that doesn’t need flashy. The titular thirteen days covers the discovery by American spy planes of a missile launch construction in Cuba, to the showdown of American Navy and Soviet cargo ships en route to Cuba – a confrontation that may well have led to a hot war as opposed to a cold one between the USA and Russia.

Drawing from the book The Kennedy Tapes: Inside the White House During the Cuban Missile Crisis, Thirteen Days is a ostensibly an ‘oval office’ film about the success of diplomatic procedure in the face of nuclear war. It’s not so much about how close we came to nuclear war, but how narrowly it was avoided by the Kennedy’s John and Robert, with help from some advisors, and in spite of others.

Dr. Strangelove (Or How I Learned to Stop Worrying and Love the Bomb) (1964) | dir. Stanley Kubrick

If Thirteen Days depicts a real life close call and how to avert catastrophe, then Dr. Strangelove shows just how easily catastrophe could occur. Kubrick’s masterpiece is absurd, hilarious but ultimately frightening, as the actions of one off-hinge General sets the world onto the path of nuclear holocaust.

Though the characters are caricatures of military types and politicians (as well as a wheelchair bound former Nazi nuclear expert) the film surmises that personalities and miscommunication could bring us to M.A.D (mutually assured destruction), and when you watch something more historically based like Thirteen Days, Kubrick’s film doesn’t seem that absurd after all. An absolute classic and in many ways an extended show reel for the talents of Peter Sellers who plays multiple roles and carries much of the film on his shoulders.

It’s hard to think of many who have made as much money from the climate of the Cold War than writer Tom Clancy (except maybe Bell Helicopter share holders). During his lifetime Clancy published twenty-four novels, with a number of adapted for film and used as inspiration for several computer games.

His first novel became the Alec Baldwin and Sean Connery led The Hunt for Red October, the story of a group of Russians aiming to defect – the catch being they’re the crew of a experimental nuclear sub The Red October. Even if Clancy was a bit of a right-wing Ronald Reagan loving conservative, his ability to derive action and drama from what is ostensibly a lot of dudes talking was pretty darn good.

Good Night and Good Luck is a lot of things; in one sense it’s a love letter to Edward Murrow, one of histories most respected broadcast journalists, in another sense it’s a history lesson about McCarthyism and media responsibility. If Aaron Sorkin took no inspiration for The Newsroom from Murrow’s life or this film I’d be very surprised.

Screened in black and white print and directed by ol’ sexy eyes George Clooney, the film focuses on Murrow and his CBS team’s battle with Senator Joseph McCarthy, the man who elevated the red fear to fever pitch when he claimed there were hundreds of communists and Soviet spies in government positions amongst other places.

At personal and professional risk Murrow spoke out bravely but intelligently against McCarthy’s accusations and questionable tactics. It’s a snap shot of a mere chapter in the Cold War story, but thematically it’s a rich one, with an excellent and workmanlike performance from David Straitharn whose voice carries a similar weight and importance to the man he’s depicting.

The Fog of War: Eleven Lessons from the Life of Robert S. McNamara (2003) | dir. Errol Morris

Though Fog of War isn’t a documentary about the Cold War specifically, Erol Morris’ interview with former secretary of defense Robert McNamara gives a fascinating and at times, sickening insight into, among other things, how the Vietnam war was waged. McNamara gives a history lesson on how the CIA came to be and how the practices of the OSS foreshadowed how American foreign policy would evolve into what it would become.

Working for JFK meant McNamara was privy to the inner political workings as well as the covert operations that became common practice during the 1950s and 60s, including the bungled Bay of Pigs invasion. Hearing him reel off the number of dead and square miles leveled in Japan at the end of WWII (in non-nuclear bombings that is), and the number of occasions he felt America and the USSR almost went to war makes for pretty chilling and compelling viewing.

Though in Australia On the Beach is probably more memorable as the time Hollywood came to Melbourne, it’s a nice end of the world tale that deals more with the emotions and even pragmatism people would be faced with knowing a poisonous nuclear cloud is headed their way. The Northern hemisphere is kaput, making Melbourne one of the last living, but barely breathing, cities on earth.

Based on the best selling novel by Nevil Shute, the romantic aspect of is hammed up for the film (it was the 50’s after all) but it’s not an unwelcome element bit of melodrama in what is ultimately a depressing tale. It’s a nuclear disarmament storyline at it’s heart, and features some haunting images of empty Melbourne streets, the film ending with a shot of a banner that reads ‘There’s Still Time Brother’ blowing in the wind outside the Melbourne State Library.