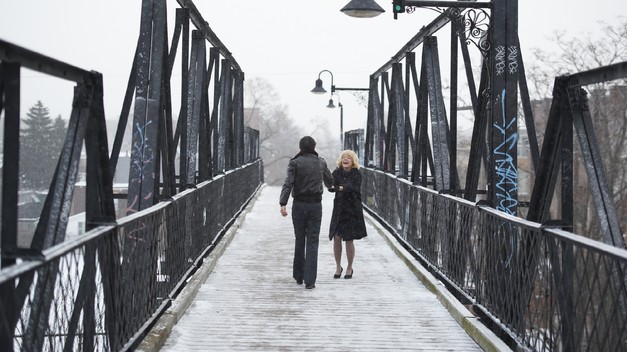 While some people love to ooh and ahh over the red carpet triumphs and others like to bet and squabble about predicting the winners, my favourite part of the whole Oscar parade is the documentary film category. For me, there is nothing better than sitting down to watch a non-fiction picture that both informs and enlightens, challenges and educates, all the while showing great expertise and skill in filmmaking and production. With no Golden Globes counterpart the Oscar is an important award in indicating the caliber of the year’s documentary output.

But I’ve got to say, Oscars 2014, you’ve really mucked up. While many of the films that have been nominated are certainly well deserving of recognition and applause, this was a strong year for documentary features and there are some absolute gems that have been entirely overlooked by the Academy. Whether these gaping holes are the result of a gender bias or corporate politics (as some have suggested) or merely the outcome of an overly talented and crowded cohort, they are certainly worth discussing. So while they might not come with the ‘Oscar nominated’ stamp of approval, here are three more 2013 documentaries deserving of your attention.

In this absorbing and highly emotive piece, director Gabriela Cowperthwaite artfully explores the long and upsetting history of Sea World owned orca, Tilikum and his fellow captives. As highly intelligent and emotional creatures, performing killer whales have become staples of the Sea World enterprise, delighting families the world over. Yet behind the curtain lurks a scary and unsettling truth that will leave viewers with a dirty taste in their mouth. Purchased by the fun park giant already with one trainer death to his name, Tilikum is held up as an example of both the intelligence and danger of killer whales. All the while the Sea World corporation is strung out as neglectful, ignorant and downright abusive. Although the film rejoices in the beauty and grace of the animals in the wild, Blackfish ultimately proves to be a shocking and damning investigation into the violent and aggressive tendencies of orcas in captivity.

After Take This Waltz and Away From Her, director Sarah Polley has turned the camera back onto herself in the inventive and stimulating family drama, Stories We Tell. On the hunt for her personal heritage, Polley’s genre-bending documentary begins as a story of familial history, but ends up becoming a more figurative investigation into the concept of truth – or how ‘the truth’ ultimately depends on the individual storyteller. As she speaks to members of her family and close friends we see the same event recounted multiple times, from a variety of perspectives, each with their own clouded memory, personalized bias and sprinkle of imagination. By the documentary’s second act the subject matter has been realigned and with a sneaky little backflip Polley delivers the perfect punch, all the while maintaining a joyful sense of gooey nostalgia.

Absolutely world shattering yet unequivocally life affirming, The Crash Reel is the story of the rise and fall and rise again of professional snowboarder, Kevin Pearce. Leading up to the 2010 Winter Olympics, where he was to go head to head with longtime rival and Gold-medalist Shaun White, Pearce suffered a major brain injury that basically left him for dead. Desperate to reclaim the mountain and his place on the Olympic team Pearce wakes up ready to try again, yet his body just won’t allow it and his personal course has been altered for good. Evidently The Crash Reel is not quite as paint-by-numbers as it might originally seem, as it tracks Pearce and his family as they try to accept his new fate and his new life away from professional snowboarding. Skillfully blending amateur and professional footage along with new and old interview pieces, director Lucy Walker offers a skilled touch in her loving portrait of a remarkable young man.