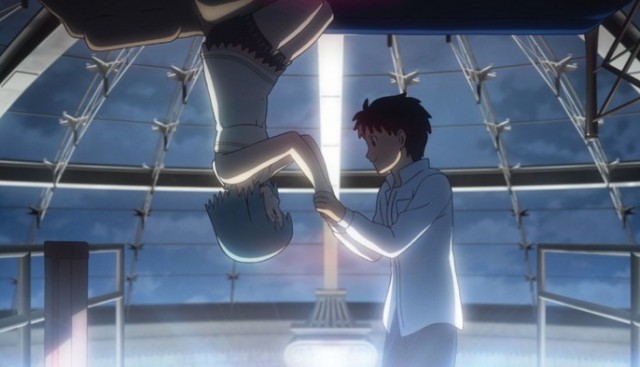 Yasuhiro Yoshiura was an official guest of the Melbourne International Film Festival, where his feature film Patema Inverted was screened as part of the Next Gen program.

The official synopsis: In a distant future, rebellious teenager Patema lives underground in a grim industrial complex. Exploring the outer boundaries of her home one day, she stumbles into a hole and starts falling … up. Caught upside down, she is discovered by thoughtful surface-walker Age. Realising that gravity works on each of them in different directions, the two embark on a perilous mission to uncover the dark forces ruling the world they thought they knew.

ReelGood had the opportunity to sit down and talk with the director about this exciting new film.

When did you decide you wanted to get into animation?

I suppose, to put it simply, when I was at university I was interested in computer graphics, and when you do computer graphics you think ‘Well, I want to create a character, a story’ etc. Then I started making short independent films that were about three to five minutes, and that got longer and longer. Before I knew it I was directing films.

For the spatial structure of Patema Inverted we used CG, but if you look at the characters or details of the background it is using manual methods. I don’t really have a strong preference for CG or manual, it depends on what the storyline is. For my previous work, Time of Eve, I brought the CG more to the front, but with Patema I wanted something a bit more nostalgic. That’s why I used less CG.

So I guess the story effects the look of the film…

I did come up with Patema Inverted from the poster, the person upside down. That came first, and how I would construct the world of Patema came afterwards. Initially I thought Aiga [the world in the film] could be Japan. It wasn’t that fixed.

Do you have a favourite part of the process of creating a film?

When it’s finished! [laughs] It is a lot of hard work, but it’s also a lot of fun.

The film is visually stunning, but it was also quite dizzying in parts! Was that part of the intended effect?

Yes, it is as you said. Of course, the concept is ‘inverted’ and I wanted to portray that something that you think is normal when it’s inverted can become quite unnatural and quite daunting. And also personally, I don’t like high places! I wanted people to share my horror or my concern for high places!

It certainly is quite startling when you see things from Patema’s perspective, but you do get used to it after a while…

If you look at the movie, we first see things from Age’s perspective, it and doesn’t portray Patema’s fear very much. As the movie goes it changes to Patema’s point of view and that signifies Age starting to understand her and her fears. 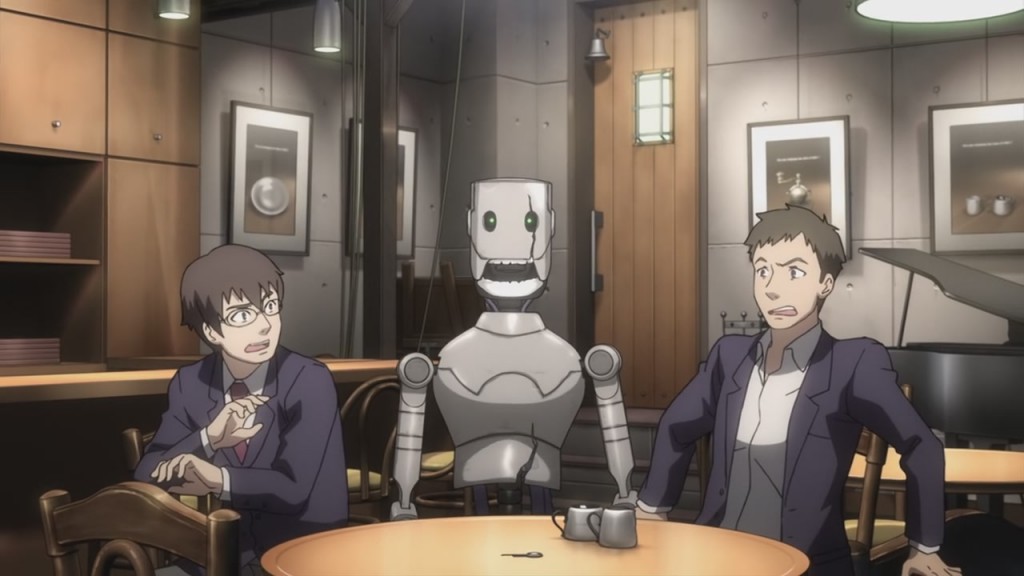 The relationship between Patema and Age is interesting – there are hints of a possible romance there, but that wasn’t the forefront of the story at all. It seemed much more about the growing understanding between these two different perspectives…

I really tried hard to make it that way. Actually I was quite careful in making it not seem like a pure romance because as you can see from the poster, they’re hanging onto each quite tightly, so the movie could have gone in that direction. But I deliberately chose their age to be fourteen, sort of just in between adult and child. So I was very careful to have that balance, without being consumed by romance.

With either Patema or Age upside down and the other being ‘right way up’ most of the film, did it present any challenges animating them together?

The staff probably had a hard time because you always had to draw ‘right side up’ and the inverted version, and when they’re actually holding onto each other one is inverted and one is normal – the animation director said it was very challenging!

I also had a comment from the art director – he said that he was actually quite skeptical about whether it would be scary to fall into the sky. So he was very cautious or quite attentive about how high to make the sky and what sort of distance to keep the clouds and things in order to maximize the effect.

There are definitely elements of sci-fi and fantasy in the story – do you think those genres are particularly suited to animation?

I suppose the general view would be that sci-fi and fantasy are imaginary worlds so it would be much easier to make it though animation, however that is quite a difficult question. You could say it would be easier to make a fake or imaginary world with anime rather than live-action, but to make a fantasy or sci-fi anime that seems almost true, not totally fake, that’s really difficult. It doesn’t just include drawing pictures, but it has to be based or have layers of knowledge so that it becomes believable. It’s more difficult than you might think it is.

Compared to that, if it was an animation that was based on a real life situation when you think about just drawing the pictures, it is much easier. You don’t have to think about it, you just draw it as is. 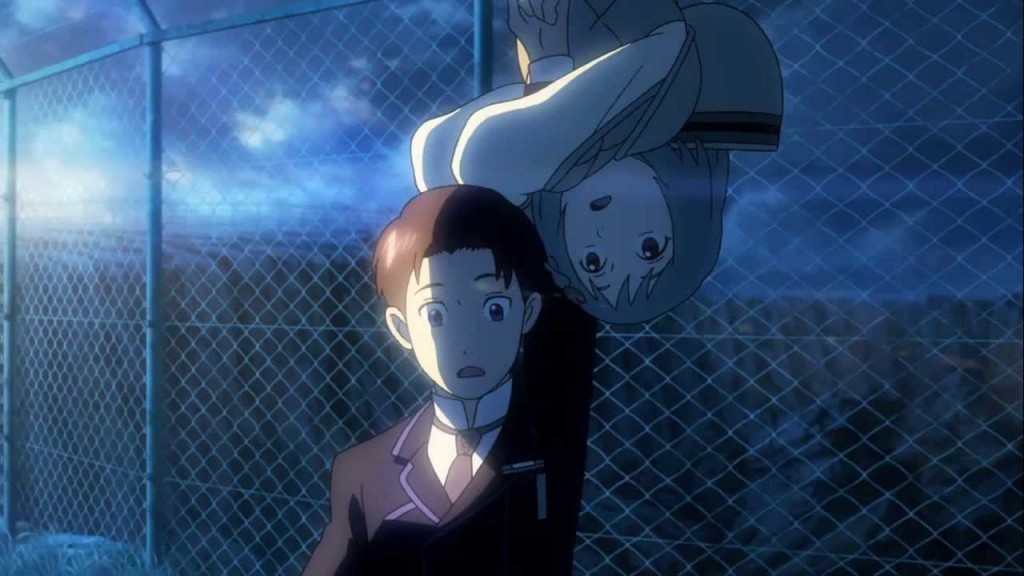 I guess if it’s based in the real world, it becomes a little easier because you know the limits, but if it’s based in an imaginary world where there are no limits, the challenge is making it seem real.

I agree with that, if you interpret it as saying you need more creativity to make this imaginary world. But to be honest if I was saying that to my staff, they would probably say it’d be just as difficult to draw a realistic one! They would tell me off!

Have there been any directors or animators who have been major influences in your work?

Yes, I could say that Patema was very much influenced by classical sci-fi’s, the Hollywood classical sci-fi films that give you a very nostalgic feel. For example, I was heavily influenced by 1984, Brazil that’s by Terry Gilliam, and also by Gattaca. And of course it would be a lie to say I wasn’t influenced by Hayao [Miyazaki] and those big names in animation.

Do you have any advice for anyone wishing to break into the industry and start making their own films?

The answer to that is quite easy – I would recommend people make a short film, it could be one minute, two minutes, five minutes, and put it on the web. If you use Youtube or something its quite easy to put it out in public, and if you can do that it means that you’ve got enough ability to be a director. Another thing that is very important is to actually finish a piece, and number two is to put it out in public. If you can do that, you should know what you have to do next.

Finally, any plans for you next project?

Actually, I’ve got lots of things going on! Patema was finished January 2013. Since then I’ve made a twenty-five minute short film called Harmonie, and at the moment I’m making a five minute piece.

Thank you for speaking to us!