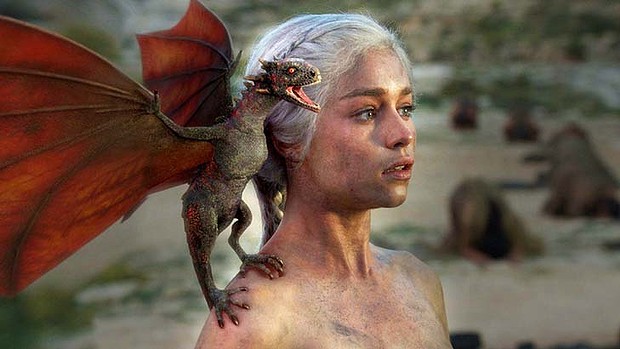 A few years ago, after the first season of Game of Thrones had finished and I’d obsessively watched it in its entirety three times, I headed to New Zealand for a two month hitchhiking trip. What better reading companion in Middle Earth itself than George R.R. Martin’s A Song of Ice and Fire series, the novels Game of Thrones was based on. Well actually ok, maybe Lord of the Rings, but I’d already read them.

Lo and behold, I had made a grievous error. After polishing off the entire series to date, I returned home for the premiere of Season 2 only to find myself irritated at all the changes the producers had made, or frustrated with the things I thought they’d gotten wrong. It was a trying time…for everyone.

I’ve since come to accept the changes, or at least I’m better at keeping the show and the novel separate in my mind. But some things cannot be unchanged…. Anyway, without further ado, here are the top ten (not best, but perhaps the biggest) changes of Game of Thrones, from script to screen.

This was probably a given from the get go. In Martin’s novels, characters go missing for entire novels. Robb and Jaime are only ever really mentioned in A Clash of Kings, their progress detailed in conversations had by other characters. This works fine in the books, but who wants to hear about a war when you can see it?

Sometimes it works great. The show included some great stuff with The King of the North getting steamy with Charlie Chaplin’s granddaughter, but they never really seemed to know what to do with Jaime (see below) who showed up in Season Two to taunt people from his cage and not much else.

One of the best results of boosting all the roles is that we get to see a whole lot of deaths we only hear about in the novels. Yoren taking one for the team on the way up to Wall was one of the more exciting moments of Season Two. It makes sense to see these people bite the dust, otherwise we might not know where they went. If they just said ‘Ser Rodrik got killed’, a reasonable question might be ‘Who the hell is Ser Rodrik?’ The show helps us out by showing us it’s the fat bald guy with the weird platted sideburns.

Thank god for number 9. Another given, but definitely a welcome one. Are there any non-sickos out there who really wanted to see 13-year old Daenerys on her wedding night with beast man Khal Drogo? And surely a pimply-faced teenage Robb leading his men into battle would just insight laughter? I understand George R.R. Martin was going for old school in the novels, but some things are harder to take in visually.

Jeyne Westerling who? Don’t worry about it Robb, we’ve invented a whole new person for you. Robb’s love interest in GoT Talisa Maegyr is a character created specifically for the show. In the novels, Robb slept with noblewoman Jeyne Westerling in a moment of weakness after learning (falsely) of the death of his two brothers. He then marries her to preserve her honor. In GoT, Robb hooks up with Talisa because he feels like it. It’s an odd change, because it makes Robb seem far brasher than he ever was in the novels. It also means giving his Mum a hard time about setting Jaime free is probably a bit rich.

Who are you Ros, and where did you come from? This is an understandable addition but one that irks me nonetheless. The omniexposed Ros is one of the biggest character creations specific to the television series. It may not be so much the inclusion of Ros that’s the problem as much as it is the fact she gets her kit off in nearly every scene, wasting time that probably could have been spent on characters that actually did exist in Martin’s novels. Considering how rushed a lot of Season Two was, perhaps we could have seen more plot and less of Ros’ vagina? She seems to be just settling in though, so I don’t think Ros is going anywhere.

I may be on my own on this one, and perhaps a little one-eyed because Season One Jaime Lannister is in my top three television characters of all time. Jaime is one of the most complicated characters in Martin’s books and Nikolaj Coster-Waldau totally nails it. Granted, he pushes an innocent little boy out of a window does enjoy a bit of the ol’ in out with his sister, but if you’re willing to turn a blind eye on these trivialities, Jaime really has a lot going for him. There’s something neat about Jaime’s ability to back up all the shit he talks with his undeniable sword skills. There’s also the fact that he’s nowhere near as much of a jerk as the Seven Kingdoms seem to think he is.

I was expecting little to no JL in Season Two; he’s not really in the book at all, in fact he’s hardly even mentioned. Although I didn’t think it added much, I was fine with Jaime’s Season Two scenes up until the one in Episode 9 where he murders his cousin. Without wanting to give too much away, one of the great things about Jaime in Martin’s novels is the increasing empathy you develop for the man as the story evolves. Underneath the sass, there’s a decent guy with some dodgy sexual preferences who did the best who could in some tricky situations. He takes all that ‘Kingslayer’ bullshit pretty well, too. Killing his cousin was a huge backward step for Jaime.

Not feeling it? Here it is from the himself –

When did Jon Snow turn into such a wet blanket? Anyway, there was quite a bit of shuffling of the story going on with Jon Snow and Ygritte, which didn’t end up turning out too badly. We got to know Ygritte and the Wildling world a bit more and Jon Snow got to whinge a bit more. I would like to ask anybody who hadn’t read the books before seeing the show – was the death of Qhorin Halfhand clear? In the novels Halfhand convinces Jon Snow to kill him to earn the Wildings’ trust. I presume there was the same reasoning in the television show, but there was never a conversation confirming this. I felt like to anybody not familiar with Martin’s novels might think Qhorin really was getting stuck into Jon. Either way, fewer sulky looks from Jon wouldn’t go astray.

Well if I had any doubts about Renly’s sexual orientation after reading the books, the scene in Season One where Ser Lorys sucks his dick sure helped straighten that out (really no pun intended). It took me until Season Two to come around to the lack of subtlety regarding Renly and Loris, but now I kind of dig it. Renly’s death gives Lorys plenty of reason to get medieval on a whole lot of peoples’ asses and from all accounts he’s one of the most deadly men in the Seven Kingdoms.

Stannis Baratheon and Melisandre getting raucous on the war room table  I was less sure of. Stannis in the novels is such a measured guy, he’s meant to be the reverse of his more fun loving, sexy times-driven elder brother Robert. The whole strangle/sex combo Stannis and Melisandre cooked up just didn’t seem to fit the Stannis I thought I knew. Sure the relationship is definitely hinted at in the novels (that black spirit baby she gives birth to looks a lot like Baratheon), but it was badly handled by the show and out of sync with what we’d already seen of the otherwise rigid bastard.

Hell, while we’re at it, why not change everything about Qarth? You know Xaro Xhaoan Daxos, that huge black dude who wanted to marry the Khaleesi? In the novels he was white and gay. There was no Spice King, although I didn’t mind that particular change, and Rakharo and Irri are still alive and kicking. Not to mention the dragons were never kidnapped by the warlocks (I’m still trying to figure out what adding that little gem achieved, considering she just went and got them back without much fuss). Ultimately, the changes to Qarth are a healthy mix of good and bad. I wasn’t too interested in Qarth in the novels and I wasn’t too interested in Qarth in the show, so when all is said and done I’m probably not the best judge on this one.

The producers of GoT must have balked at the prospect of casting so many children whose characters are integral to the story, but somehow they absolutely nailed it. Considering Brann isn’t able to do a hell of a lot, Isaac Hempstead Wright does an amazing job of keeping the little fella interesting (although more Hodor would be great). But it’s really Maisie Williams as Arya Stark who steals the show.

Arya and Tywin barely meet in the novels. Pairing her up with Tywin as his cupbearer during their time at Harrenhal was a masterstroke. There are a lot of scenes in GoT where characters seem to talk a lot to no end, but I could have watched a whole episode of Arya and Tywin going toe to toe. It also made Tywin slightly sympathetic, something the novels never did. He’s an asshole, but he’s an asshole with grudging respect for badass little girls.

Listening to advice given by Finchy from The Office was probably Theon’s first mistake. Theon Greyjoy’s brief but tragic rule of Winterfell is never explored in great detail in A Clash of Kings, let alone Theon’s own thought process behind his betrayal. GoT’s decision to expand this small part of the books is not only the best change the producers made but arguably the best element of the entire Season Two. In Martin’s novels, Theon is sort of annoying, and then turns into a massive dickhead. The GoT Theon is a lost and slightly immature soul – understandable given his strange upbringing – who tries to do right by his family only to go too far and realize he never was a true Greyjoy. The fact that Alfie Allen (Lily Allen’s little bro) aces the role doesn’t hurt either.

As an audience we still want to see Theon go down pretty hard for his betrayal, but if and when it happens it may be bittersweet. There are some fantastic moments in this boosted story arc, like the scene where Theon burns a letter to Robb (a letter never mentioned in the novels), siding himself once and for all with those damp, dirty Iron Islanders. The scene where Theon is pressured into beheading his childhood weapons trainer Ser Rodrik is perhaps the most powerful scene in Season Two, and certainly the moment both the audience and Theon know it’s waaay too late to go back.

Now if they somehow figure out a way to make Quentyn Martell interesting, we’ll all be better off. If you’re digging ReelGood, sign up to our mailing list for exclusive content, early reviews and chances to win big!