Hollywood: The Dream Factory. A place where the movie magic happens, money flows like wine and the stars of the screen hold their champagne glasses to drink their fill. The view of this city, so often seen through rose-tinted glasses is not one that director Blake Edwards presents his audience in S.O.B (1981). The film represents Hollywood in a different light, one filled with shadows, that satirically exposes the studio movie-making business as a Nightmare Factory driven by its head office.

Edwards’ career had been looking a little bleak after a succession of box office failures but enjoyed a resurgence towards  the late 1970′s with release of 10 (1979). Riding on this critical and commercial success, Edwards went about producing a script which he had written some years earlier, but had been shelved, S.O.B.. With a tongue firmly in his cheek, Edwards’ reaction to having full freedom at Paramount Studios saw him go about creating a film world that deconstructs and scrutinises the very fabric that Hollywood is held together by; money, lies, gossip and more money. 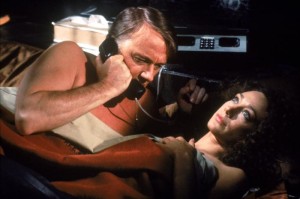 The late 1970′s and early 1980′s saw the rise of the Hollywood blockbuster. This particular phase of the ‘New Hollywood’ movement transpired at a time when studio uncertainty allowed for a period of experimentation. It also helped establish the careers of the ‘movie brat’ generation, including Steven Spielberg, George Lucas and Martin Scorsese. Their film school background promoted an understanding of the critical practice of auteurism. Absorbing the work of prolific film critics Pauline Kael and Andrew Sarris, as well as renowned cinema publication Cahiers du Cinema, these filmmakers of the new-school went about creating highly influenced material, which “resulted in a self-consciously auteurist cinema” (King, 2007). With the birth of this New Hollywood style came the conception of the blockbuster. The studio now owned a product that could be marketed outside it’s own form, commodifying them and turning films in to ‘multi-purpose entertainment machines that breed’ (Schatz, 1993) 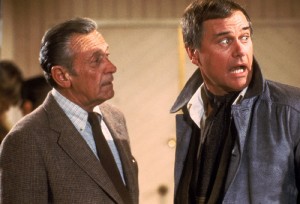 Edwards addresses the notion of the studio systems and their motive of generating profit from films (and plenty of it), by dealing with these themes in his film – within a film. Having experienced first-hand the heavy handedness and brutality of studio executives, Edwards takes the opportunity in S.O.B, to create a highly satirical world where the actors portray caricatures of key players in the Hollywood film industry. However, one does wonder how far from the truth this portrayal really is. Edwards creates a world filled with sex orgies, drugs, expensive cars and big houses. This in turn allows him to create a marketable narrative in the film the audience sees, with all the ingredients for a blockbuster – an aspect of the Hollywood system that Edwards so obviously makes negative reference to. Even an obligatory car chase is written in to the script for good measure.