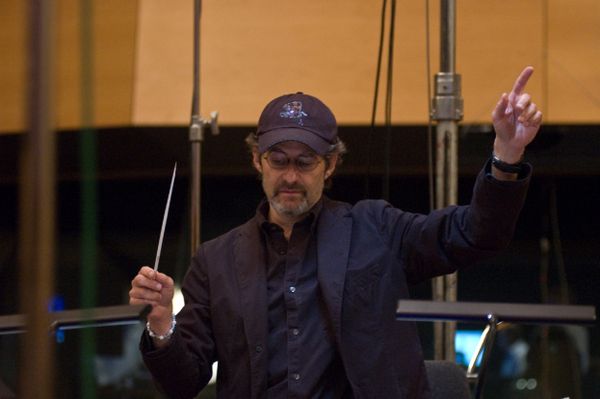 Welcome to The Sound Of Movies. You know the drill. In these series of articles we get to showcase the brilliant scores of amazing film composers. Whether you’ve heard of him or not, you’ve definitely heard of the movies James Horner has scored. Musically gifted at a very young age, Horner learned how to play the piano when he was 5-years-old. Going so far in his academic studies that he earned a PhD in Music Composition and Theory, its no wonder his music exhibits such sophistication and flair.

This was Horner’s big break. The Star Trek franchise was already a huge deal, with an iconic cast during this time, and a popular TV series backing it up. Not being able to get Jerry Goldsmith, the composer for the first film, the director Nicholas Meyer and producers’ Robert Sallin and Harve Bennett took a chance at 28 year old Horner, having loved the composer’s demos. This became Horner’s first major film score and lead to him composing the third Star Trek film as well. Instead of only relying on synthesisers or orchestral suites, Horner decided to combine both in this film, creating the cerebral sounds of space with synthesisers and enhancing the mood and atmosphere with an orchestra.

The sequel to the great sci-fi horror Alien. Director James Cameron decided to bring more action into the sequel and Horner accommodates with bigger, spine-chilling sounds. The reason ‘Futile Escape’ stands out from the film’s soundtrack is the clever compositional techniques that Horner uses in the piece. He manipulates the brass and strings in such a way that they perform their own frightening agenda. Each classical instrument reaches all sorts of extreme dynamics, from fast-paced rumbling to eclectic high-pitch frequencies.

End Credits | The Land Before Time

They just don’t make kids films like this anymore. Amidst all the evident tragedy in the seemingly innocent children’s story about cute little dinosaurs is a very heartwarming message of hope and trust. Horner’s score skilfully balances the joyful and sorrowful moments in the film. ‘End Credits’ is a playful piece with glittering chimes and cheery flutes, that smoothly transitions into a melancholic section with drawn-out melodies, soaring strings and echoing vocals, displaying that balance that’s present throughout the film’s whole score.

The Battle Of Sterling | Braveheart

1995 was a big year for Horner. Throughout this year he scored some of the most memorable films of the 90’s, including Casper, Apollo 13, Jumanji and Braveheart. Following the life of William Wallace, Horner was responsible for creating monumental music to accompany the epic battle between the Scots and the Brits. While the film is riddled with many historical inaccuracies, Horner’s composition stands strong and drives the scene with its robust and hefty build.

With the Internet and all the latest gadgets modern technology can offer, board games are perhaps a little obsolete. But Jumanji was no ordinary board game. It brought all sorts of wild jungle animals to life. ‘Prologue And Main Title’ has an earthy atmosphere, starting off with ominous howling and builds up with more menacing sounds before calming down with pleasant string and flute articulations. All the instruments have a rustic feel to them, making the piece sound like a musical forrest, to accompany the ferocious beasts and obstacles within Jumanji.

It was meant to be the unsinkable ship of hopes and dreams. The tragic tale, created around the real sinking of the RMS Titanic, is now the second highest-grossing film, second only to James Cameron’s other film Avatar. Horner’s score for the film also has its own accolades, with sales reaching over 30 million copies, and maintaining the #1 chart spot in at least 14 countries, including America, the UK, Australia and Canada. The composition ‘Rose’ embodies the glamour, blitz and stunning aesthetics of the Titanic, the lives of its passengers and the lovely lady herself. The operatic vocals heard in the piece is hauntingly beautiful, like a mesmerizing dream that lingers on in your mind long after the film is over.

Zorro’s Theme | The Mask Of Zorro

Before Antonio Banderas became Puss In Boots, he was Zorro. Zorro’s smouldering gazes and vengeful heart gave the masked hero a distinct mysterious allure. His own theme music also contains that aroma of darkness and secrecy. The strings act with precision, as if sword-fighting themselves, playing with flowing articulation. As the track intensifies, you can feel the heartache in the theme, as if it’s overflowing.

Spiderman films have had its music composed by some of the most prolific composers. Danny Elfman, creator of The Simpsons theme music and main composer for Tim Burton’s films, scored the Sam Raimi-directed Spiderman films, and then the music for The Amazing Spiderman 2 was composed by Hans Zimmer. It’s like Horner is smack-bang in the middle of a marvellous film-scoring sandwich. ‘Young Peter’ gives us a musical insight into the hero’s personality, bringing to light Peter Parker’s innovative mind by giving the piece a minimal atmosphere and allowing room for each instrument to blossom and play its set of intricate melodies.