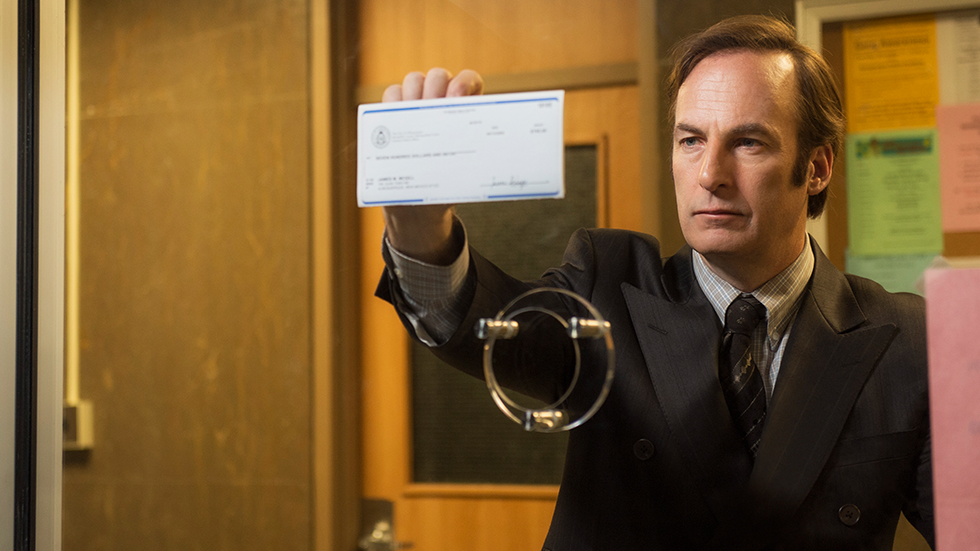 The new trailer for Better Call Saul has dropped, giving us a better idea of what to expect from Vince Gilligan and Peter Gould’s follow up to Gilligan’s enormously successful Breaking Bad. So far there’s no sign of Walt or Jesse and the showrunners have warned us not to expect the BB leads to pop up anytime soon. “We really want it to be its own thing,” Gould has said, with Gilligan adding that it would be difficult to include Jesse, considering he’d be in late Middle School/early High School during the events of BCS.

“Set in 2002, [Better Call Saul] focuses on the life of small-time lawyer Saul Goodman six years before his appearance on Breaking Bad, though events during and after the original series will also be explored.”