Did you just call me RumHam? 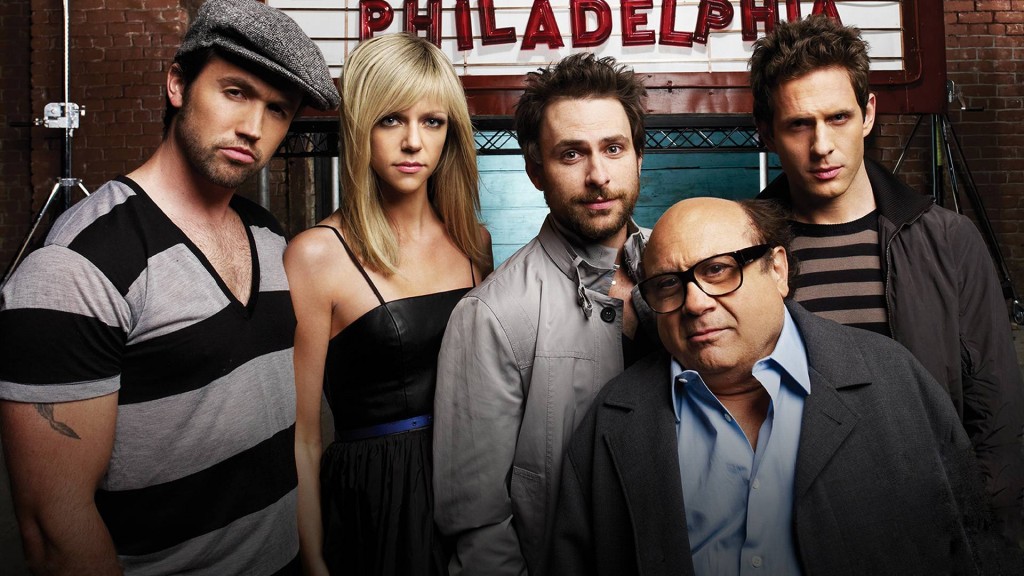 The Gang from FX’s hilarious comedy It’s Always Sunny in Philadelphiaare easily one of the most depraved group of characters on television. Unapologetic about their highly amoral behaviour, Dennis (Glenn Howerton), Mac (Rob McElhenney), Charlie (Charlie Day), Frank (Danny Devito) and Dee (Kaitlin Olson) have spent nine seasons lying, cheating, stealing, being wildly inappropriate and demonstrating an array of sociopathic tendencies. They’re a group of people who seem to get progressively awful as the years pass, and yet continue to be consistently hilarious because they remain victims of their own abhorrent actions. On that note, I’ve tasked myself with the difficult challenge of finding the ten most despicable moments in It’s Always Sunny history.

In this episode Charlie tells Dennis that he has cancer, a moment that kicks off a series of events that ultimately lands him a date with The Waitress. Charlie may be illiterate, kill rats and huff glue like it’s a sport, but he is arguably the most honourable member of the gang. Unfortunately this won’t be the only time he does something truly reprehensible in the hope that he will gain the affections of The Waitress.

The Gang pretends to be physically handicapped | Season 2, Episode 1 – Charlie Gets Crippled

After Dennis accidentally hits Charlie with his car, Charlie spends the remainder of the episode in a wheelchair. Mac and Frank accompany Charlie to a strip club where he receives a free sympathy lap dance. This of course inspires Mac to pose as a cripple to garner more attention from women. He quickly gets Dennis on board with the idea and they go to the mall where they hope to take full advantage of their ‘handicap’. When Dennis and Mac actually run into a man in a wheelchair, Mac merely yells “I have polio!” They also run into Dee (who had previously claimed she didn’t “take advantage of people”) holding herself up on crutches, reaching for a hat in a store to the amazement of a group of onlookers. While this little escapade would be in completely poor taste by normal standards, this is actually one of the gang’s tamer plots to exploit the disadvantaged. Maybe it’s because I’ve repeatedly watched them commit such heinous acts that I’m desensitised.

When the Reynolds twins team up they are a terrifying, unstoppable force. Dennis and Dee quit their jobs at Paddy’s Pub to pursue their respective pipedreams of becoming a veterinarian and an actress. Dee immediately signs them up for unemployment and the two boast to Mac that once their benefits runs out they will simply go on welfare. As it turns out, the government doesn’t give welfare to just anybody; “Hi, I’m a recovering crack head, this is my retarded sister that I take care of. I’d like some welfare please.” In keeping with their self-destructive desire to take the short cut in life, Dennis and Dee smoke (and become addicted to) crack so they can obtain the bloodwork to prove that they are indeed crack heads.

Frank and Dee get married as a ploy to steal money from Bruce | Season 3, Episode 3 – Dennis and Dee’s Mom is Dead

Dennis and Dee’s mother dies and leaves all the money in her will to their biological father. Being the money-grubbing jerks they are, Frank and Dee team up to convince the charitable Bruce to give them part of his inheritance. Dee pretends to be engaged to Frank aka “Seamus”, and spill their entirely fabricated plans to adopt a bunch of underprivileged children. Bruce claims he will only donate money to their growing family if they are married. This isn’t enough to deter Frank and Dee so they go through an entire marriage ceremony. That’s right, they actually get married. Considering Dee grew up believing Frank was her real father, the schemes from It’s Always Sunny don’t get much ickier than this.

The Gang kidnaps a newspaper critic (and his neighbour) | Season 4, Episode 8 – Paddy’s Pub: The Worst Bar in Philadelphia

After a newspaper critic gives Paddy’s a rather scathing review, calling our beloved gang “white trash”, they decide to convince him to do a rewrite. When the reviewer doesn’t budge, Charlie takes matters into his own hands; kidnapping the guy and stuffing him into his own trunk. Things quickly compound from there as Charlie and Mac duct-tape him to their office chair and hold him against his will while they force him to write a more positive bar review. Although events escalate so wildly out of hand that Dennis and Dee also end up kidnapping his neighbour when they get caught trying to cover their tracks, the gang do get points for sort of almost feeling bad about the entire thing – except for Charlie that is.

This isn’t so much a despicable moment but a scene that unpacks the truly horrific method that Dennis has created to achieve his perceived success with women. Out of all the characters on Sunny, Dennis is easily the most depraved. He’s incredibly narcissistic, deeply vain and takes a gleeful pride in being cruel to others. Let me give you the basic rundown of the D.E.N.N.I.S system:

Demonstrate Value (as an “all ‘round great guy”)
Engage Physically (bang the girl without the trouble of going on a date)
Nurturing Dependence (create a fictional harasser so she looks to you for safety)
Neglect Emotionally (don’t be available the next time her ‘harasser’ calls and threatens her)
Inspire Hope (apologise for being distant, profess undying love)
Separate Entirely (never see her again)

I don’t know what’s worse, the fact that Dennis is clearly psychotic in the way he treats women, or the fact that all the guys sit in rapture as he explains his methods. Nevertheless, Dennis’ utter lack of self-awareness is one of his most hysterical traits.

As with most scams Sweet Dee tries to get away with, when she attempts to claim her surrogate child as a dependent, it typically blows up in her face. In this instance Dee is investigated by an IRS Agent and barely manages to hide the fact that she doesn’t have a baby. The only permanent solution to her problem is to stage a funeral for her fictional baby (Barnabus Reynolds). Dennis blows chilli powder into Dee’s eyes and she gives one of the world’s least convincing eulogies. Even creator Rob McElhenney agreed that a fictitious funeral for a baby is about as dark as Sunny gets.

It’s rare to see Charlie interacting with women other than Sweet Dee or The Waitress, but in this episode he meets Ruby Taft; a sweet, beautiful rich girl. Dee also falls for Ruby’s brother, so Dennis automatically assumes that the Taft siblings are playing their rich people games or “Cruel Intentions-ing” people. While this turns out to be true in Dee’s case, Charlie and Ruby seem to genuinely like each other and more importantly, their relationship is a much healthier alternative than Charlie’s continuous obsession with The Waitress. This being Sunny, their relationship is revealed to be a complete charade. When The Waitress confesses to Charlie that she needs him, he breaks up with Ruby on the spot, in front of an entire room of people. “You know what you were acting like? A stupid little rich slut. And that’s what you are.” Ouch. We’ve seen many questionable moments from Charlie over the years, but this is one of the first instances when he is truly cruel to somebody else.

It might have been Sunny’s greatest stroke of genius to make Dee the proverbial punching-bag of the gang. For eight seasons the guys have ridiculed, belittled, insulted and even physically beaten Sweet Dee. By the season 9 premiere they seem to have finally broken our favourite bird, to the point where she’s eating “trash cake” and no longer retaliating against their abuse. Deciding she’s no fun anymore is she “doesn’t fight back”, the guys sign Dee up for an open mic night – since she’s lost what’s left of her dignity, there’ll be no sign of her (fantastic) dry-heaving on stage. Dee becomes a surprise hit in the stand-up comedy circuit and for a brief moment it looks like her dreams of being a star might actually come to fruition. I feel stupid for even writing that, because any Sunny fan knows that a happy ending just isn’t on the card for these guys. In the episode’s final moments, Dee believes she is walking out on stage to perform for Conan but she actually arrives back at Paddy’s to an elaborate party thrown by the guys to reveal they orchestrated her entire ‘success’ all along. It’s an incredibly cruel joke and just about the meanest thing the guys have ever done to Dee, all to demonstrate that she hadn’t reached her lowest point so they can continue to freely make fun of her.

The Gang locks a group of people in a burning apartment | Season 9, Episode 10 – The Gang Squashes Their Beefs

The Gang decides that they have far too many beefs all over town and it is affecting their everyday lives; The McPoyles own their local video store so they can’t rent Thunder Gun Express, Gail the Snail works at Dee’s convenience store so it’s no longer convenient. In a characteristically self-serving move, the gang invites several of their old rivals to Thanksgiving dinner to squash their beefs over beef and squash. Naturally, the day turns into a screaming match. They only serve to worsen their rivalries when Frank inadvertently starts a fire and the gang swiftly decides to leave Dennis and Mac’s apartment and lock their guests inside to burn. Classic.