The interview process seems to be something a lot of actors and actresses don’t agree with or particularly enjoy. On one hand, I think that’s a bit precious, considering they’ve got it pretty awesome working in the film industry and having Ferraris and diamonds thrown at them left right and centre. On the other hand, if you’re doing the same thing and being asked the same questions day in day out while promoting a film, it is probably hard to keep the enthusiasm levels up. Here are a few amazing examples or interviews that went down the awkward path. Sometimes it’s the interviewer, sometimes it’s the interviewee, but they’re all gems.

This old fella probably gets dusted off anytime any article about interviews and celebrities is ever written. One of the most popular awkward interviews of all time, and for good reason!

The most recent incident on this list, Kanye West’s very odd BBC interview isn’t so much awkward as it is Kanye West getting extremely worked up, acting quite strangely and displaying a solid knowledge of that animated film Wreck-It-Ralph. It’s in four parts on YouTube, and I’d recommend watching all four, because it just gets funnier.

Apparently the host of Morning Joe’s version of an apology was pretty much stating that she didn’t know who Russell Brand was prior to this interview, so it wasn’t her fault she acted the way she did. Right. Either way, all three hosts come across as absolute idiots compared to Brand, who seems justifiably perplexed at their conduct.

7 | Bruce Willis really not wanting to be there

Sure the interviewer here is a bit of a dick head, but I’m pretty sure he didn’t deserve the reception he got from Bruce Willis, who is sort of funny here, but mainly being an asshole.

I think it’s safe to say that very odd mockumentary I’m Still Herewas a failed experiment, that nobody seemed to get. I for one don’t think there was much to get. Either way, this interview happened before anybody realised the whole thing was fake, so it was pretty surprising at the time.

5 | John Cusack being pretty nice to a dumbass

Ah man, there’s just a sinking feeling when the penny drops and you know where this girl is going with it. She might have got away with it, considering Cusack was in a film called American Sweethearts, until she insists it’s the ‘one with the rose petals.’ If that’s how she’d sum up American Beautyperhaps she shouldn’t be skipping that class.

Not really too many ways to sum this one up.

I think Matt Lauer keep remarkably composed in this situation. Even though Tom Cruise is speaking absolute garbage, he’s just so self assured that he makes it sound compelling.

This is a difficult clip to watch, so annoying is Fat Jan. I’m not the biggest fan of Quentin Tarantino, but he absolutely rinses this stupid interviewer, and in the most glorious way possible.

1 | Mila Kunis gets invited to do ‘Lad Bombs’

This is absolutely fantastic. Turns out people like Hugh Grant in Notting Hill actually do exist. 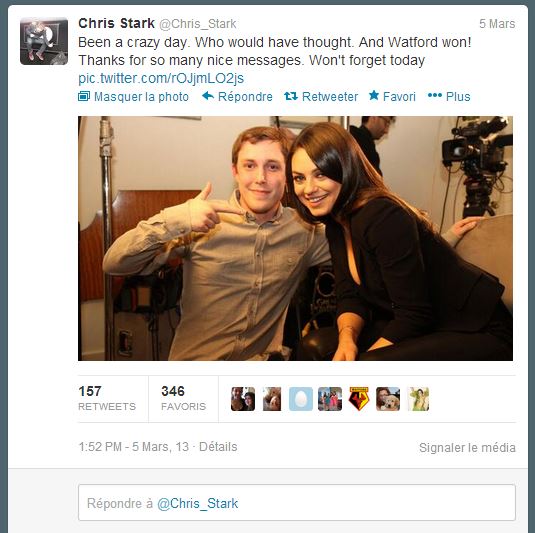