The life of trade. 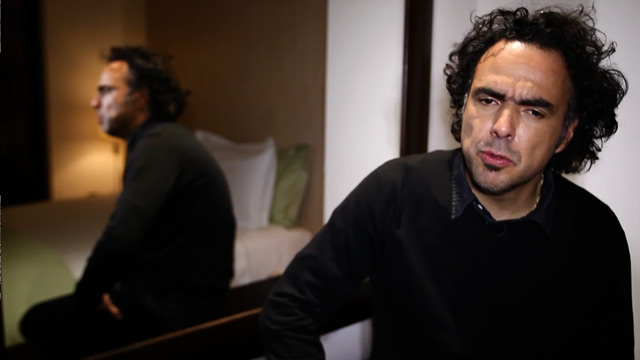 Aired on Super Bowel Sunday in the States, Scott’s ad would become a landmark in marketing. One of the most expensive ads ever made at the time of production, with figures ranging from $750,000-$900,000, it was only ever aired two times on American television. The ad was considered a bit of a gamble, since it was dreary, downbeat and didn’t actually feature anything about the product that was being advertised. But Scott‘s ad for Apple Mac was so startling in its imagery and rich in allegory that it proved tough to forget. We shall prevail!

Before directing the underrated road movie Thunderbolt & Lightfoot, painting an epic canvas of American life with The Deer Hunter and breaking the bank with Heaven’s Gate, Michael Cimino was a hot commercial director, producing ads for Pepsi, Kodak and United Airlines. It’s interesting to see how Cimino’s penchant for set pieces and visually startling imagery had begun even before he ventured into feature filmmaking. Unfortunately, his time consuming, budget pushing, perfectionist method of directing also began to take shape during his advertising career. According to Charles Okun, Cimino’s former production manager, the clients at the agencies “liked Cimino, his visuals were fabulous, but the amount of time it took was just astronomical. Because he was so meticulous and took so long, nothing was easy with Michael”.

This ad features loads of fish, and Lynch often describes the search for good ideas as fishing. You keep the good ones and throw out the bad ones. Also there are a lot of gratuitous reverse slow motion shots using very old cinematic technology that often featured during the 1920’s and 30’s in pictures such as Le Sang dun Poele (1931). Interestingly enough, this technique was also used very heavily in the Red Room scenes in the Twin Peaks TV series and movie. Pain in the ass for actors to learn their lines backwards though.

Made for the 2010 FIFA World Cup and featuring the incredibly addictive Dutch Focus song ‘Hocus Pocus’, this absolutely huge TV spot is completely stuffed with player cameos, as well as one by the director himself. It’s big and glossy without feeling too pretentious and silly, encompassing some of the director’s sensibilities of globalization that are often a feature in his movies. And like many of Iñárritu’s films, this ad deals with underworlds, in this case the world of soccer. With rigorous and saturated photography, this is more optimistic than his films. Iñárritu usually focuses on how social classes and cultural backgrounds keep human beings apart despite improvements in technology, but this is a celebration on how we can be brought together.

Tim Burton made a pair of Timex watch ads for the Quentin Tarantino owned production company A Band Apart with his familiar style of distorted and dark imagery. Both shot in Prague, the first ad features very Matrix-esque action set pieces while the other features a sultry cat burglar who can fit in the with her surroundings. With a few moments reminiscent of scenes from Burton’s own back catalogue, these ads are arguably richer than some of Burton’s more recent film work. Oddly enough, he began his most commercially orientated live-action film phase of his career after these ads were produced. Hopefully his upcoming Big Eyes from the screenwriters of Ed Wood will be a return to form.

Made during a time when Batman (1989) was considered the best film about the caped crusader, these ads combine elements of both the Tim Burton & Joel Schumacher episodes, with Ward directing the ads featuring the Penguin & the Riddler and Davis directing the rest, including Batman asking a computer to unlock his car door. The dialogue at times does approach Batman & Robin quality, with a few laughable character hysterics.

It may come as surprise to some that Mike Leigh, director of hardcore kitchen sink dramas like Naked and Secrets & Lies, would ever touch the world of television advertising. In some ways though, it makes perfect sense that if Leigh would ever make any TV ad, it would be a handful in a series of ads regarding employment. There is a blend of comedy & drama, with the heightened imagery & language that have become trait in his movies.

Before making Pacific Rim, The Devils Backbone & Pan’s Labyrinth, Guillermo Del Toro was producing and starring in his own TV ads that already illustrated his fascination with the monster within and prosthetic creature make up & transformation effects. Including this one for Alka Seltzer, an effervescent antacid and pain reliever used for heartburn, headaches and stomach indigestion.

Many of Wim Wenders‘ films are concerned with wanderlust and alienation, with the prominent use of expressionistic photography and long takes. This ad concentrates on various objects with female names leading up to the beer itself, perhaps a representation of how men associate names with objects as some form of possessive ownership. It’s a peculiar ad but endlessly fascinating to watch, with beautiful swift camera movements and a nostalgic rock n’ roll soundtrack.

While this ad does not contain Bay’s now well known trademark of combustible chaos or lingering superficial shots of the female form, it does consist of some of the same mean spirited humour, quick cutting and the archetypical character of the snarky nerd that is a featured in nearly all of his films. Funnily enough, this ad maybe the only product in Bay’s career to receive anything even remotely considerate of critical acclaim.