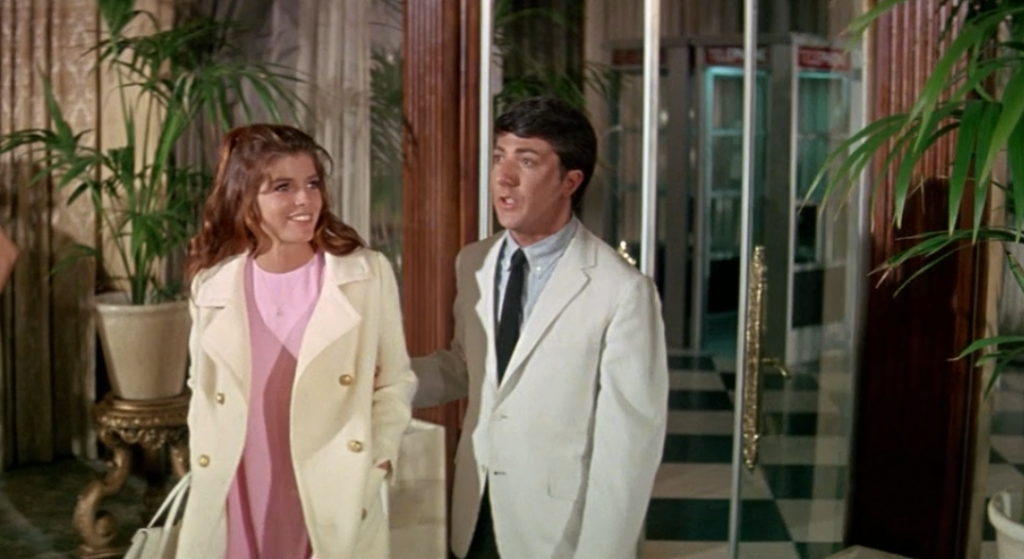 Based on director Cameron Crowe’s real life experiences as a teenage music journalist working for Rolling Stone Magazine in the 1970’s (YEP!), Almost Famous is a bittersweet coming of age tale following 15-year-old Will Miller as he accompanies an up-and-coming rock band on their national tour. On the journey he falls in love with Penny Lane, one of the band’s underage groupies who has serious problems of her own. The film is a great portrait of its time, and it also features amazing performances from Frances McDormand as Will’s concerned mother and the late, great Philip Seymour Hoffman as an eccentric music journalist.

This film is little a known gem but is still essential viewing material. The plot is simple enough; a group of 30-something female friends re-unite and recall tales from their teenage years. It’s a great exploration into female friendship and differing coming of age experiences, with each of the girls going through their own struggles like boys, body image and family issues. It also features an all-star cast including Christina Ricci, Thora Birch, Demi Moore and Melanie Griffith. In other words, it’s perhaps the most perfect sleepover movie for pre-teens ever made.

One of the most quirky and unique coming of age films is Richard Ayoade’s 2010 directorial debut, Submarine. Based on the hit novel of the same name by Joe Dunthorne, we are transported to a small Welsh seaside town during the daggy 80’s. Oliver Tate is a melancholic, dorky kid whose parents don’t love each other anymore, is an easy target for bullies and he even imagines his death. But despite its grim themes, Submarine is still uplifting and incredibly hilarious. When Oliver starts a relationship with the rebellious Jordana, his life is changed forever.

Based on Stephen King’s short story, The Body, this coming of age classic follows four 12-year-old boys on a camping trip that turns into the search for the dead body of a boy who got hit by a train. The boys share stories with one another, try not to be killed by rabid dogs/trains/evil older brothers and contemplate their futures. It’s a beautiful portrait of young friendship and a great snapshot of social tensions in Middle America during the early 60’s. It also features a heartbreaking performance from one of the greatest child actors of all time, the late River Phoenix, as the misunderstood Chris.

Although it’s the most recent film on the list, but Moonrise Kingdom is still an incredible coming-of-age film and a typical Andersonian tale set in 1960s New England. It follows the whimsical love story between Sam, an orphan Boy Scout, and Suzy, the misunderstood daughter of miserable two lawyers. The two 12-year-olds find comfort in writing pen-pal letters to one another over the course of a year. They eventfully decide to run away with each other sending all the adults on their small island town into utter pandemonium.

The Graduate is perhaps the most unconventional coming-of-age film of all time; it’s at least one of the most controversial. Made in 1967, a time when films were becoming liberated and filmmakers had more freedom to express themselves through the use of sex and violence, a very young and handsome Dustin Hoffman plays Benjamin Braddock, a recent college graduate who is directionless in life. He becomes trapped in an adulterous affair with a much older woman but finds himself falling in love with her age-appropriate daughter, Elaine. Much of the film is a social commentary on class structure and the generational gap between parents and kids. It’s often portrayed as lighthearted when actually, it contains a dark melancholic undertone that becomes overwhelmingly heartbreaking in the film’s famous final scene.

Like The Graduate, Rebel Without A Cause is another classic coming-of-age film that never seems to become invalid in its social commentary and portrayal of young adults. James Dean infamously made only three pictures before his tragic death at the age of 24 and Rebel Without A Cause is without a doubt his most quintessential work. His performance as the rebellious but sensitive teenager Jim Stark is beyond heartbreaking and entirely captivating. With themes surrounding social structure, homosexuality and a strained father/son relationship, it was rather ahead of its time and still manages to pack a huge emotional punch with audiences today.

Growing up Mermaids was an incredibly relatable film for me, even though I did not live through 1960s and I have never wanted to become a nun. But somehow it struck a huge chord with me when I first saw it as a pre-teen and it has stayed with me ever since. Winona Ryder is Charlotte, a confused teenager who aspires to become a Catholic nun, despite being Jewish. Her independent and eccentric single mother (played by the incredible Cher) is the complete opposite of her naïve eldest daughter and hence they are constantly at conflict with one another. Drenched in colourful nostalgia for the Kennedy-era, it’s an incredibly fun coming-of-age film that also manages to tackle some difficult themes like women’s liberation and a strained mother/daughter relationship.

Honestly, I could have made up this whole list with the films of the late John Hughes. The legendary writer/director really knew how to capture the struggles of teenagehood on film with his classics like The Breakfast Club, Ferris Bueller’s Day Off and Sixteen Candles now heralded as modern masterpieces. But it’s his 1986-penned film Pretty in Pink, starring the amazing girl-power of Molly Ringwald, which will forever hold a special place in my heart. Ringwald plays Andie, a poor girl with an extraordinary sense of individualism who is just trying to get through highschool. She becomes torn between her eccentric best friend Duckie and the school rich kid Blaine, who both show interest in her. With an added bonus of an incredible soundtrack that includes The Smiths, New Order and INXS, it’s essential 80’s viewing.

When Robin Williams tragically passed away at the beginning of the month, everyone began sharing their favourite memories and performances of him. In my own mind, the one film that I constantly thought about was Peter Weir’s 1989 coming-of-age masterpiece, Dead Poets Society. Besides from being my personal favourite film of all time, the film’s inspirational English teacher, John Keating, was also apparently Williams’ most beloved role. Set in a stuffy boys boarding school during the 50’s, it follows a group of friends as they discover the importance of beauty, art and culture through Keating’s unconventional English classes. Each boy has his own struggles and desires; Neil wants to defy his father and become an actor; Todd wants to step out of his older brother’s shadow and develop his own voice; Charlie is the rebellious rich kid who wants to become a free spirit; and the lovesick Knox longs after Chris, a girl who is already engaged to a major douchebag. The film is an incredibly, beautiful portrait of life during this small period in time, when kids had little or no freedom to determine their futures. Upon re-watching it after Williams’ death, the film holds an entirely new meaning to me and Keating’s words will forever ring in my ears: Seize the day boys, make your lives extraordinary.