Gettin’ the gears in stop-motion. 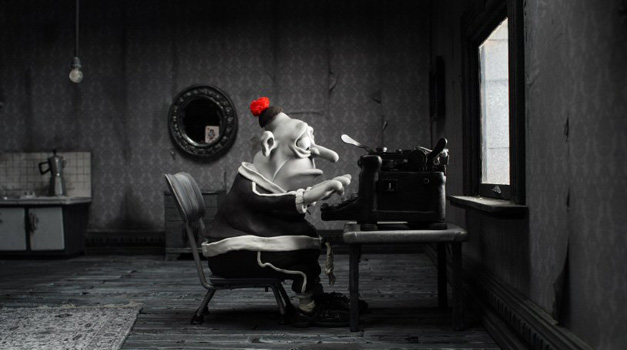 In an industry dominated by slick CGI and bigger and better effects, the painstaking creation of stop-motion animation survives through its own particular brand of tactile charm. The magical combination of cult writer Neil Gaiman and master stop-motion animator Henry Selick resulted in Coraline, a special kind of kids film that doesn’t shy away from the darker side of the imagination. From button eyes to other mothers, Coraline is a deliciously creepy journey.

The surreal tale penned by Lewis Carroll was the perfect springboard for legendary Czech animator Jan Svankmayer to create a world of stop-motion oddities. The only ‘real’ human in sight is Alice herself, while the rest of the film features bizarre puppets, stuffed animals and clockwork toys in nightmarish sequences, making it easily one of the weirdest versions of the tale ever translated on to the screen.

The bittersweet tales of Adam Elliot, an Australian animator who used to sell hand-painted t-shirts at the St. Kilda craft market, rely solely on ‘in-camera’ techniques done with no digital re-touching. Mary and Max is the story of two misfits who become accidental pen pals, told with the directors trademark dark humour. Dealing with heavy subject matter such as mental illness and loneliness, it’s a far cry from the sweet animated films most viewers are used to, but leaves a lasting impression.

Who better than Wes Anderson to bring charm, humour and a gorgeously warm colour palette to adapting Roald Dahl’s classic tale into a stop-motion animation? The use of puppets, painstakingly made partly from real goat’s hair with costumes made to fit, come to life on screen through incredible details and textures. Add in the voices of some top-notch actors and you have a recipe for a unique animated experience that has both style and substance.

While it might look like 2-D animation, Fantastic Planet was created entirely from cut-out, drawn images that were filmed like hand puppets against various backgrounds. The film imagines a future in which humans live alongside blue- skinned, gigantic aliens known as Draags. What the film lacks in structured plot line it makes up for in bizarre, science-fiction inspired imagery and surreal mythical creatures.