Gifts of the gab. 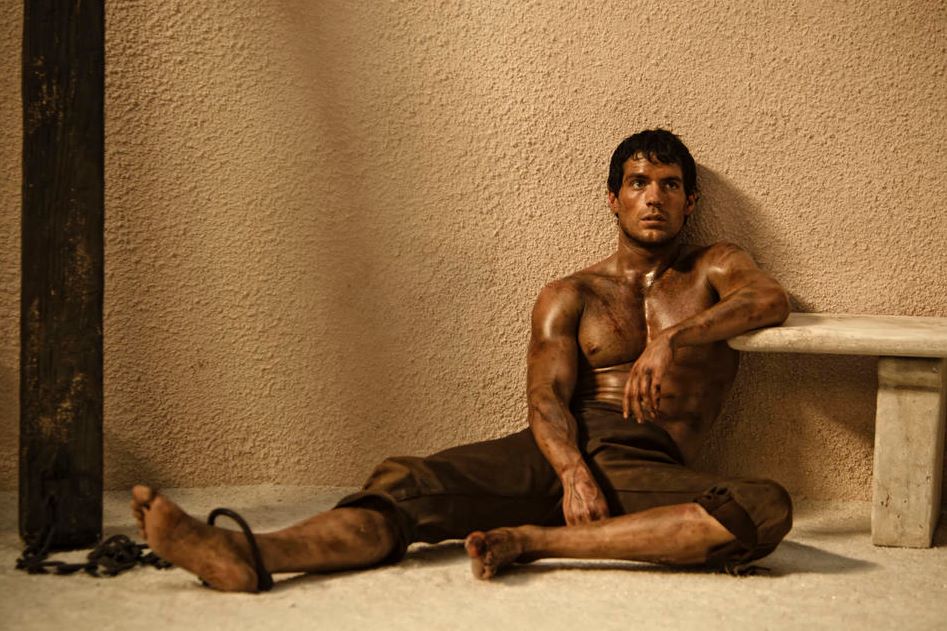 One of the many moments in Grace Of Monaco that seemed to really bring on the wrath of critics was the pictures final speech given by Nicole Kidman. A tedious completely silly affair. But lets see if we can top that with five moments in cinema when characters opened their mouths, when in fact they really should have just kept it tightly shut.

Speeches are quite hard to pull off in movies. They have to be convincing, suit the context, work with the thematic ideas of the movie, be well spoken by good actors and be well written. Well that’s sure as shit wasn’t the case with Henry Cavill in Immortals. Cavill and his unit of well-groomed models are outnumbered 100 to 1 by a massive army (aren’t they always?). Naturally everybody is scared shitless but Henry takes it upon himself to persuade his men that they can fight for freedom immortality. They really took a page from the Braveheart/Spartacus book on this one. It’s so typical. Even if the speech were any good, its impact would be fairly muted as Cavill is not the greatest Thespian in the world. There’s no drama or intrigue to his voice or the way he delivers the dialogue. He doesn’t so much speak the words but just yell stuff out. The idiots he’s speaking to are convinced way too easily and turn from being a nervous uncooperative lot to a confident fighting force pretty quickly. Kind of wish they all did get killed by that army led by Mickey Rourke’s stunt double.

The dialogue in this movie was a huge problem for me, verging on Star Wars prequels quality. But this speech, like all the dialogue in this movie, is so undemanding and uncomplicated. It doesn’t have the emotional punch that it should as it is selfsame to every other spoken word in the movie. But the most disappointing thing about this speech is that it comes from a director who actually has something of a knack for presenting speeches much better than this. There are heaps of speeches in Cameron’s movies and yet they usually never feel as tiresome as they should because they are very well disguised. In The Terminator when Kyle Reese explains to Sarah Conner who he is, what he’s doing, why he’s doing it and the apocalyptic future that is to come it all happens during a car chase. You never notice that you’re being spoon-fed all that information. This is just so bland, so uninspiring and so underwritten. If your going into battle possibly to your death are these really the last words you want to hear? The one hope I have about the forth-coming Avatar sequels is that Cameron will not be the sole screenwriter.

Don’t get me wrong, I like WALL-E and I like Andrew Stanton. If you haven’t seen John Carter (Of Mars!) then what are you doing with your life. But there is one scene that I felt almost singlehandedly ruined the whole movie for me. After years in space the captain of the Axiom discovers that conditions of an abandoned earth may now be suitable to support life. He then gives an emotional plea to the HAL9000-like computer controlling the ship that he wants to live an active and adventurous life. It’s not only that the speech was obvious in its point, but also the character didn’t need to say anything at all. Before this scene we are shown terrifying and devastating images of the effects of global warming and consumerism on the well-being of mankind. I remember watching the movie in cinemas and finding these images powerful and terrifying. And this is a kid’s movie! So to have a character verbally speak the message of the movie that was accomplished through imagery is a step backwards. It feels like the filmmakers are throwing a brick at the audience’s head just to check to make sure they’re paying attention.

It wouldn’t be a worst of movie speeches list without at least one propaganda film. As propaganda films go, The FBI Story is actually quite charming and pleasant at times. J. Edgar Hoover, who was heavily involved in the production of the film, is the speaker in this particular speech. He appears as himself or at least the back of his head does, giving James Stewart and the other G-Men an introduction into what he says the FBI will be all about. Stewart at the time was seen as the everyman, even though he might have been too old for this part. He was a WWII veteran and viewed publicly as an upholder of patriotic American values. But his casting is crucial to making this scene work for a conservative 1950s audience. Looking up at Hoover hanging on his every word responding with schoolboy charm with a glare in his eye. His performance sells the speech. Whilst Hoover paints a picture of honour and integrity of the Bureau and his activities as its director, history has revealed that it was anything but. It’s an incredibly naff speech by today’s standards. Dull, flat and boring.

Seagal’s magnum opus is a comedy of errors. An environmental actioner that contains some of the most unintentional humour of any film you’re ever likely to see. What’s even more dumbfounding is that it boasts a cast including Michael Caine, Billy Bob Thornton, John C. McGinley and R. Lee Ermey. But the final speech is the pièce de résistance of On Deadly Ground – a completely self-indulgent, tacky & structureless monologue about the hidden technologies massive corporations are holding back that would allow the world to progress whilst being environmentally friendly. The speech was rumoured to be initially twice as long but was cut down at the studio’s request. I have to say, it having been many years since I saw this movie when I just watched it for the violence, some of the points in this speech combined with the mock footage and a few confronting shots of oil-suffocated animals do strike a cord with the environmentalist in me. They can’t however, overcome the tedious and laughable combination of stereotypical representation of Native American’s, angst, technological conspiracy theories, Steven Seagal’s ponytail and shit…it’s Steven Seagal making for the longest 3 minutes and 58 seconds of your life. And he doesn’t break the bone of a single person during that period. The one good thing about this film is that it inspired that wonderful Family Guy parody of Seagal killing seals. If you haven’t seen it already, check it out!