Melancholy were the sounds on a winter’s night. 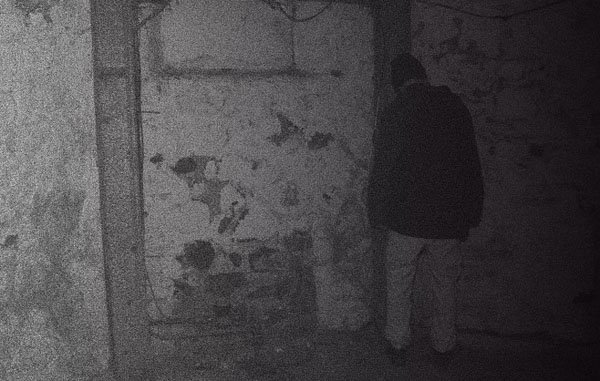 We all know that winter is coming  (sorry couldn’t resist a Game Of Thrones reference) and it’s hard to go outside when it’s just so damn cold, so how about stay inside and watch a film?  Make sure you have all the essentials; popcorn, a rug and someone (or something) to snuggle. Keep the door locked and whatever you do, please don’t say “I’ll be right back!”. If you’ve seen the film Scream then you’ll know what we’re talking about. These films will make you feel glad you’re safe and at home.

It wouldn’t be right to not add the popcorn series Friday the 13th. If you want classic Jason Voorhees, i.e when he’s wearing his hockey mask, then start with Part Three. Otherwise start here at the beginning. Friday the 13th comes with a twist ending. Some say it was a Halloween (John Carpenter 1978) rip off. Others like Roger Ebert believed the slasher narrative feed a misogynistic audience. What Ebert doesn’t understand is it’s the female protagonist who survives (usually the pure one) and to us enthusiasts, she’s the final girl.  It was also a popular date movie of the time, demonstrating it’s appeal to both genders. Friday the 13th is set in the very beautiful and tranquil camp Crystal Lake. It is a voyeuristic, woodsy film, where most of the killings take place at night and is accompanied with a shrill Psycho-esque score. No doubt, this is fun in the safety of your own home, since you can laugh at the characters and their unfortunate fate. Let’s split up. Yeah sure, why not? It’s not as if there’s a crazy madman loose with a machete or anything.

The Blair Witch Project is very minimal in its approach but it still makes for a horrific ordeal. Utilising a handheld documentary aesthetic was not new in horror but its impact here was huge thanks to the innovative viral internet marketing campaign that preceded the release. The Blair Witch Project marketed itself as a film based on real events and lead audiences to believe it was real footage. What makes this film so cringe worthy, in a good way, is its convincing scenario and nauseating bodily experiences. Three student filmmaker’s track down the truth about Blair Witch and we watch their found footage unfold. They venture, and run deeper and deeper into the woods getting lost. The audience becomes a part of the characters unfortunate situation, as they start to go missing. It’s another outdoor film, but with less violence or obvious sound cues, but the atmosphere will make you especially glad you’re safe at home.

The Descent is unique because it has an all female cast who are not your passive female stereotypes but rather strong kick arse ones. They are extreme sports fanatics who come together and venture into a dark uncharted cave. Great idea right? The Descent takes time to explore the characters’ personal background and motivations, which adds a nice layer of subtext. Unfortunately, this makes their terror and ordeal a little harder to witness. Of course the horror begins when the girls are stuck in the cave and realise they can’t get back out. If this situation is not suffocating enough, one of the most horrific moments occurs halfway through the narrative when it is revealed that there are other ‘things’ living in the cave. This scene is enhanced through awesome night vision. This is hands down one of the scariest moments, partly because it’s really unexpected and you won’t have time to cover your eyes.

Back to the 80s again, to one of the coldest films on the list – the brilliant and not one bit dated masterpiece, The Thing. A remake of the 1951 Howard Hawks film The Thing from Another World and since remade in 2011 by Matthijs van Heijningen, The Thing ventures into science fiction terrain. Bodily splatters and all-round dread evokes horror and a general sense of uneasiness. After scientists find an alien parasite (the titular Thing) able to attach itself and imitate human organisms, all hell breaks loose. To make matters worse they are isolated in an American research station. One by one the alien manipulates the characters into doubting themselves. What’s so realistic is the paranoia that fractures the group. They are unable to trust each other as their situation gets worst. Expect to see some very impressive pre-CGI visuals and hear an awesome synthy score by Ennio Morricone and John Carpenter himself.

Not to be confused with the Silent House (Chris Kentis, Laura Lau 2011), Gustavo Hernadez’s The Silent House is once again based on true events, except this time it’s supposedly legit. Firstly, what is incredible about this film and what makes it terrifying is that it’s all filmed in one shot, so there is no relief between cuts. This one continuous take builds its momentum towards the final sequence of terror. The Silent House focuses on the main protagonist Laura (Florencia Colucci) and her dad, who repair an old house soon to go on the market. After being warned by the landlord that level 2 is unstable and not to go up there, they hear strange noises. Her dad goes up there and disappears. You know what’s going to happen next. The one take makes it more like an embodying experience as we follow Laura’s character deteriorate. In one excellent scene, Laura uses a camera flash to see what’s going on and we slowly realise that she might have company.