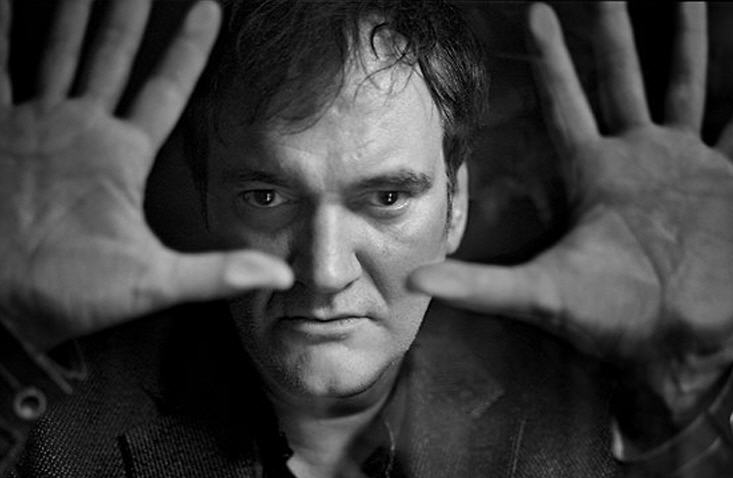 Quentin Tarantino recently made the decision not to film his latest script, entitled ‘The Hateful Eight’, after it was leaked on the internet by an unknown source. While the news might be hard for the most devout of Tarantino fans, there’s a wealth of Tarantinoness already out there, that’s just waiting to be revisited. Here are ReelGood’s favourite Tarantino characters.

She’s one of the most recognisable film characters of all time. Her face is emblazoned on Pulp Fiction film posters on walls all over the world. But she’s far more than just an iconic symbol of the cult 1994 movie. Within Tarantino’s most iconic film, characters seem to float in and out of the story so regularly that it’s hard to keep track of them all. But for me, there are two who really stand out. The first being Mrs. Mia Wallace. Although she’s the young, beautiful wife of big-time LA gangster, Marcellus Wallace, Mia avoids the stereotype of having no substance or heart to her character. She’s effortlessly cool yet heartbreaking tragic and surprisingly complex. My absolute favourite moment in Pulp Fiction is the entire scene where Mia and Vince (John Travolta) are at Jack Rabbit Slim’s. The whole thing is just incredible, from the dialogue to the awesome dance sequence; it’s one of the coolest pieces of cinema ever shot.

“That’s when you know you’ve found somebody special. When you can just shut the fuck up for a minute and comfortably enjoy the silence.”

Tarantino’s epic revenge fantasy saga, Kill Bill Vols. 1 & 2, is filled with complex, strong and kickass women, with our heroine Beatrix Kiddo facing an array of deadly female antagonists along her journey to “kill Bill”. Out of all the names on Beatrix’s kill list – fellow ex-members of the Deadly Viper Assassination Squad – the super cool Japanese/Chinese/American mob boss, O-Ren Ishii, is by far my favourite. Although we’re of course cheering on Beatrix, you just can’t help but love O-Ren and this is due to QT’s perfect character development of her. Her terrible past is played out in a brutally violent anime sequence where we discover how she came to be as powerful as she is. And she really is powerful. I mean, she even has a group of crazy ninjas at her disposal and she cuts that dude’s head off like it’s nothing at all. Even when she gets scalped by Beatrix in their final epic battle, she goes down with dignity and grace.

In his 1992 feature debut, Tarantino brought cool back into cinema in a big way. Reservoir Dogs is a regarded as having some of the greatest dialogue in movie history. If you ever have the chance to read it, the screenplay is incredible and oozes confidence for a first time filmmaker. One of the greatest things to come out of the film is his creation of memorable characters, notably the sadistic yet charismatic villain of Vic Vega a.k.a Mr Blonde. He’s tough, cocky and super cool yet also completely menacing and terrifying. In the film’s most infamous scene he shows just how much horror he’s capable of when he cuts off a cop’s ear to the sounds of Stealers Wheel’s Stuck In The Middle With You. It’s not as gruesome as people talk it up to be, but it’s still a transfixing and iconic moment in movie history.

Slavery is never an easy topic to address in cinema. So when QT announced he was making a slavery spaghetti Western set in America’s Deep South, I was a little bit worried. But to my relief, he delivered us a film that has a huge social conscious, perhaps becoming his most empathetic and historically important film to date. It follows Django, a slave who is freed by kindly German bounty hunter, Dr. King Shultz (Christoph Waltz). He offers Django to help find his still enslaved wife, Broomhilda (Kerry Washington), if he assists Shultz with his bounty hunting business. Tarantino blended elements of the Western genre with a narrative that closely resembles a fairytale, albeit a bloody and brutal one. Django – prince charming himself – is one of the most sympathetic characters QT has ever created, but we also get to see him kick some serious racist white guy ass in the film’s explosive final scene.

Gaining inspiration from Blaxploitatin films of the ‘70s, Tarantino cast his favourite actress Pam Grier in his third feature as the eponymous heroine, Jackie Brown. She’s an airhostess living on minimum wage who makes extra cash by transporting drug money through the cities she travels to. When the cops eventually catch her, Jackie concocts a plan to outsmart both the LAPD and the drug dealer, Odell (Samuel L. Jackson), she smuggles for. Jackie is cool and calm, even in the most dire of situations. She’s also a very realistic character, something that QT doesn’t create too often in his films. Jackie Brown is probably QT’s most underrated film, it’s just as intricate and complex as Pulp Fiction, and has one of the coolest protagonists in the form of Jackie herself.

“If I lose my job I gotta start all over again, but I got nothing to start over with. I’ll be stuck with whatever I can get. And that shit is scarier than Ordell.”

Tim Roth spends almost the entirety of Reservoir Dogs drenched in a pool of blood as his character, undercover cop Freddy Newandyke, bleeds to death from a bullet wound. It’s one of the most realistic and harrowing displays of agony ever on film, as we see him slowly become more and more defeated by his injury to the point that he bursts out into a fit of anger. But it’s only two-thirds of the way into the film where we really begin to really feel sorry for him. His back-story is played out like its own mini-film; as an undercover cop all along determined not to have his cover blown, he plays the game super cool. But it’s moments such as his self pep talk in front of a mirror and witnessing two fellow cops get blown to pieces by his mentor Mr. White (Harvey Keitel), where his true emotions show through his stoic exterior.

“They believe every fucking word ’cause you’re super cool.”

He is one of the most quoted and beloved film characters of all time. His fake bible verse “Ezekiel 25:17” is known off by heart by movies geeks everywhere (myself included). He is the coolest of the cool. The smoothest of the smooth. But people seldom realise just how much of a transformation the hitman turned man-of-god, Jules Winnfield, goes through over the course of Pulp Fiction. We first meet him and his partner Vince Vega on their way to do a hit job when an “an act of God” makes Jules rethink what he does for a living. Then there’s the accident with Marvin and the diner incident where Jules’ intuitiveness really makes the audience start believing that a hitman may have the greatest moral compass out of all the characters in the film. That’s not to say he’s an angel by the end, but it’s a side of Jules that people tend not to remember or consider, yet I think it’s the coolest thing about him.

“It could mean you’re the righteous man and I’m the shepherd and it’s the world that’s evil and selfish. And I’d like that. But that shit ain’t the truth. The truth is you’re the weak. And I’m the tyranny of evil men. But I’m tryin’, Ringo. I’m tryin’ real hard to be the shepherd.”

Most people remember Tarantino’s 2009 WW2 epic Inglourious Basterds for Brad Pitt carving swastikas into Nazis’ foreheads and for Christoph Waltz saying, “That’s a Bingo”. But for me, it was the film’s protagonist – the face of Jewish vengeance, Shosanna Dreyfus – and her incredible story arc that really made me fall in love with the film. We first meet her as she’s running across the French countryside, drenched in the blood of her family members, having only just escaped the wrath of Christoph Waltz’s Col. Hans Landa. She flees to Paris, changes her name and inherits a cinema. After capturing the attention of young German war hero and actor Fredrick Zoller (Daniel Brühl), she is convinced to premiere his new propaganda film at her cinema. This leads her to extract revenge on the Nazis by planning to burn down the cinema on the night of the premiere. Laurent’s acting is subtle yet incredibly powerful, and she perfectly captures the extreme emotions Shosanna goes through in an immensely underrated performance.

“I have a message for Germany. That you are all going to die. And I want you to look deep into the face of the Jew that is going to do it! Marcel… burn it down.”

Tarantino’s greatest villain is as charming and conniving as they come. It’s the role that introduced Christoph Waltz to Hollywood and earned the Austrian actor the first of two Academy Awards for playing a Tarantino creation. Col. Hans Landa, or “The Jew Hunter” as he is (un)affectionately known, is evil to the bone, but his charming demeanour means he can talk his way in or out of almost anything. He claims to dislike working for the Nazis, but we see him talking pleasure in comparing Jewish people to “rats” and subsequently exterminating them like they’re vermin. The opening scene alone shows the menacing nature of his character and exhibits just how incredible Waltz’s performance is. Landa is almost childlike in his approach to very serious situations, and although it may at times bring a form of comicality to the film, it also shows what a twisted mind he possesses.

“In the pages of history, every once in a while, fate reaches out and extends its hand. What shall the history books read?”

I first saw Kill Bill Vol. 1 when I was 13 years old and I don’t want to be melodramatic, but watching it that first time literally changed my life. Up until that point, most of the female film characters I had seen in action movies were flimsy plot ploys to develop a male character’s narrative. But here was Beatrix; she was so incredibly strong, smart and I greatly admired her courage and determination. She became a face of female empowerment, radically changing what it meant to be a strong female character in an action film. Beatrix is the most complex character Tarantino has ever created and she is never objectified for her looks, her ability or any other facet of herself. She’s realistic, independent and we greatly sympathise with her and her journey. On one hand she has a violent passion within her to seek the revenge she desires, yet she has a kind heart that allows her to see logical and compassionate reasoning. And in the end, after she has knocked off everyone on her “kill list” we see the “deadliest woman in the world” for what she really wanted to be all along, a loving mother to her daughter BB.

“You and I have unfinished business.”