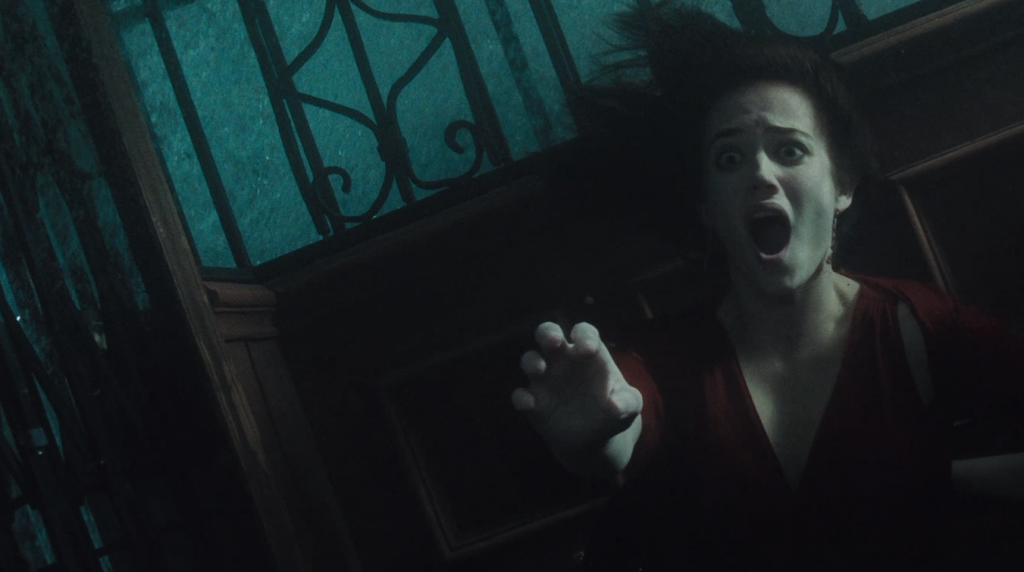 Your hero is gagging for breath, helping their true love, trapped. You find yourself feeling faint… Underwater scenes are a stressful staple of movies, often turning up in Action/Fantasy flicks. While they give you a good buzz, they also often leave your chest tight. Here is our countdown of the Top 5 most unbearable underwater scenes, starting with those that maybe can be withstood and ending with those that are utterly excruciating.

5 | The Lord of the Rings: The Two Towers – dir. Peter Jackson

Frodo is a bit of a dopey one. I’m sure he’d blame it on the ring, but he seems to do that ‘droopy-eyed’ thing so often that his excuses are wearing thin. Who the hell walks up to a pond full of dead guys and decides to execute a lazy belly flop? Yeah – Frodo does. He spends the next few seconds, which feel like minutes, fighting with these guys (who underwater seem to be more alive than dead) to finally reach fresh air by the help of Sam. Wait, no – Gollum?!

Daniel Craig’s triumphant Bond debut unfortunately had a confusing crescendo involving his girl, Vesper, drowning in a collapsing Venetian building. While Bond tries his very best to beat the bad guys and reach Vesper in time to drag her from an inconveniently impenetrable lift, he doesn’t make it and is left to watch her drown to death. He is later seen cradling a drenched Vesper on a nearby roof. Found that lift key then, James?

A bit like Frodo, Harry Potter is an infuriatingly careless hero. While we can understand why he would follow a glowing Doe – cos it’s a fricken’ transparent animal, right?! – why does he have to do this in the dead of night, when he’s meant to be protecting Hermione, who’s blissfully asleep in the nearby tent? He does so anyway and finds himself, in typical Potter fashion, gallantly pursuing the Sword of Gryffindor beneath a sheet of thick ice. Didn’t think this one through, Harry?

This scene from the Swedish horror triumph is so painful due to its normality; there’s no fancy lighting or editing tricks, this is just us willing our hero to survive the torturous bullying from his captors. Neither the score nor the editing give you any clue as to his chances, but his survival is all the more relieving as the bullies really get a seeing to by the resident kick-ass vampire.

Disappointing movie, KILLER underwater scene. Robert Langdon attempts to retrieve an old guy from a fountain for what seems like an age. Why is it so good? Firstly, because the old guy is able to hold his breath for a ridiculously long time, helping director Ron Howard extend the discomfort for ever and ever. Secondly because the fountain is so shallow, making it all the more excruciating as you consider how constantly close he is to safety.