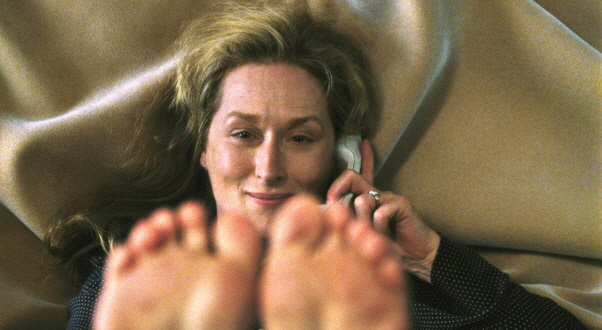 We at ReelGood are above all, lovers of cinema. And maybe awesome people second. We’ve been releasing these articles called ‘Overrated’ recently, and would like to balance out the hate with a bit of love. Here’s UNDERRATED, and we’re more than happy to suggest some films you should go and check out right now.

Director: Spike Jonze (Being John Malkovich, Where The Wild Things Are, Pretty Sweet)

Synopsis: Overweight and underloved screenwriter Charlie Kaufmann turns to his funloving twin brother Donald for help when his efforts to adapt a difficult novel into a screenplay amount to nothing.

It’s fairly rare that a screenwriter garners more attention than a director, but if you were to mention Being John Malkovich (1999), Adaptation (2002) or Eternal Sunshine of the Spotless Mind (2004) to a film buff, chances are the name Charlie Kaufman would spring to their mind before Spike Jonze or Michel Gondry. It’s been five years since his directorial debut Synecdoche, New York (2008) was released but there was a time around the early to mid-2000s when Kaufman’s original screenplays were refreshingly unique amidst an industry of sequels and remakes. His second feature with director Spike Jonze Adaptation is not only one of Kaufman’s best films but also one of the finest films ever made.

There’s so much going on in Adaptation you’d be lucky to take it all in on the tenth viewing, let alone the first. It’s the sort of rare film you never get tired of, because there’s always something new to pay attention to. Kaufman himself said he intended the film to be a conversation with the audience, in the sense that it offers something fresh every time you watch it.

Charlie: The script I’m starting, it’s about flowers. Nobody’s ever done a movie about flowers before. So, so there are no guidelines…
Donald: What about “Flowers for Algernon”?
Charlie: Well, that’s not about flowers. And it’s not a movie.
Donald: Ok, I’m sorry, I never saw it.

Adaptation is not an easy film to describe, but I’ll try. Around the time Being John Malkovich was shot, Kaufman was commissioned to adapt Susan Orleans’ bestseller The Orchid Thief. After a severe bout of Writer’s Block, Kaufman decided to write himself into the screenplay (played by Nicholas Cage with surprising restraint) and invented a more loveable twin brother Donald (also Cage) to include as well. After deciding he wasn’t up to the challenge of writing a compelling film simply about flowers, Kaufmann also got inventive with the lives of Orleans and John LaRoche, an orchid hunter and the focus of Orleans’ book. There’s much more, but describing the entire film would be pointless and ruin the enjoyment of watching it.

Films this clever (some of Kaufmann’s films have been guilty of this) often wink at the audience in hope that we recognize the thought going on behind it, but Adaptation never gets lost in it’s own intellect. It is a film though that is best experienced with some knowledge of its production, and of Kaufman himself. When I first saw Adaptation back in 2002 I enjoyed the film, but I didn’t know much about Kaufman and had never heard of Orleans’ book. I can’t stress enough how much this film benefits from repeat viewings. There’s no easy way to describe what makes Adaptation so extraordinary but it’s rare a film leaves you with such a profound respect for adaptation, evolution and life and also has the following line –

“So the killer flees on horseback with the girl, the cop’s after them on a motorcycle and it’s like a battle between motors and horses, like technology vs. horse“

The trailer below is terrible, but I have to post the trailer in this column so there it is.