And I knew that I would. 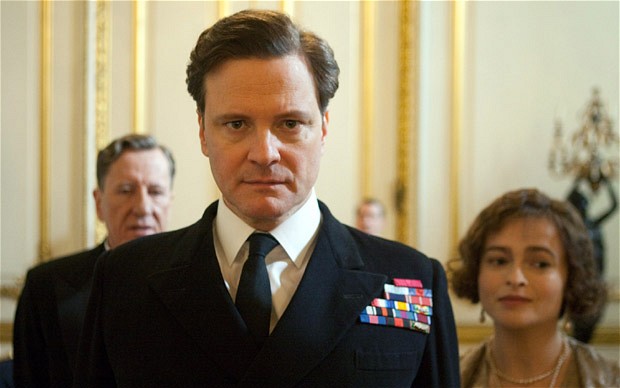 These films, all based on true events or stories, encapsulate life like nothing else. From themes of generosity to courage to success, these 5 biographies will make you feel warm and fuzzy.

Into the Wild is all about freedom and it’s beautifully refreshing. Yes, Christopher McCandless (Emile Hirsch) just packs up his standard life without informing his loved ones, and disappears into the Alaskan wilderness, but his intentions are good and powerful. Why live the life others have set for you? McCandless chooses something bigger than money or a good job, he chooses to let go of the expectations of the modern world and simply join the outcast society of risk takers and freedom hunters, a notion that makes our hearts beat faster and wilder.

Overcoming any personal difficulty is hard but when you are the future King of England and you cannot construct an understandable sentence, the struggle is inherently higher. Prince Albert (Colin Firth) makes us feel awkward as we cringe at a grown man with a severe speech impediment, but he then makes us smile as his efforts to become the King that England needs is exercised with the help of speech coach Lionel Logue (Geoffrey Rush). Not only does this film explore themes of hardship and triumph, it gives the audience a front seat to a trusting and inspiring friendship between two unlikely men.

For most people the dream of making something of themselves in this world is present and thriving and for this films’ protagonist Chris Gardener (Will Smith), the struggle was worth it. Crippling under unemployment and poverty, a deserted wife and the responsibility of a young son, Gardener defies the negativity of his life and proves that he and his empowering worth ethic is worth taking a chance on.

Films about sporting achievements are known for being inspirational and unifying, and The Blind Side is no exception. Leigh Anne Tuohy (Sandra Bullock) and her wealthy family give Michael Oher (Quinton Aaron) not only a bed to sleep in and a roof over his head, but a chance to turn his life around and become a man of greatness. The generosity exposed in this film, will make you proud, and humbled to know that such grateful and encouraging people exist. It will also help you to understand American football, which is so much harder than first thought.

This film is not your typical feel good biography, embedded with scandal, sex, drugs and immorality; I understand why The Wolf of Wall Street is an odd choice. But it is fun. It is fun to watch the erratic and overly catered life of Jordan Belfort (Leonardo DiCaprio), and it is even more fun to watch his dramatic fall from the very top. Seeing a sick minded, money obsessed, abusive man come crashing down makes us all feel pretty damn good. We love it when the bad guy gets caught and punished but we also love it when he shows a glimpse of redemption, as seen in Belfort’s willingness to start again from the bottom.