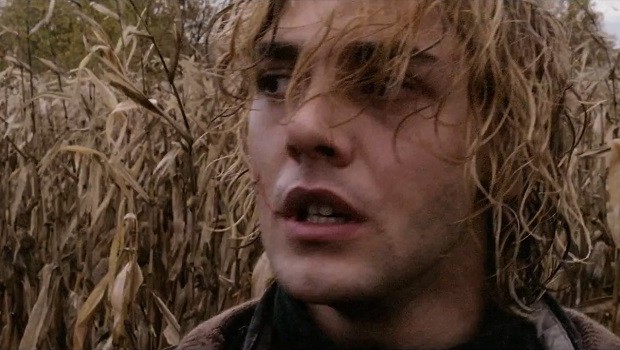 “Prolific, genre-defying director Xavier Dolan (I Killed My Mother) returns with a gripping psychological thriller set in rural Quebec. With a distinct European sensibility a la Polanski and Hitchcock, Tom At The Farm is taut, unnerving, edge-of-the-seat drama that’s sure to win praise with critics and audiences alike.”

After his boyfriend Guillaume dies, Tom (Xavier Dolan) heads to Guillaume’s rural family farm in Quebec to attend the funeral and pay his respects. There he meets Guillaume’s mentally frail mother, Agathe (Lise Roy), and Francis (Pierre-Yves Cardinal), his domineering brother. Tom soon discovers that Guillaume never divulged the nature of their relationship to his mother, who was unaware of her son’s sexuality. Francis, quite conscious of the situation, warns Tom not to reveal his secret. Initially shocked by Francis’ brutal behaviour, Tom begins to succumb to the strange allure of his cruelty and the bleak isolation of the farm.

Xavier Dolan’s Tom At The Farm probes the same nerve of vaguely horrific psychology as Hitchcock’s best work – a similar sense of frightening obsession that engulfed James Stewart’s Scotty in Vertigo. There’s a real menace to the setting in Tom At The Farm, the film immediately divorcing the city and country during the chilly opening sequence, as Tom drives through rural Quebec toward his ominous destination. Tom is no doubt an outsider, with bleached long hair and a leather jacket, but he’s gradually and hauntingly coerced into the lifestyle by Francis’ somehow beguiling violence.

There’s an eerie ambiguity to Tom’s reasoning. It’s never quite clear what drives him to stay at the farm long after the funeral is over, or indeed whether his captivation with Francis stems from desire, hatred, a bizarre case of Stockholm Syndrome or something more. Throughout the film, Tom has more than enough opportunity to escape his situation, despite Francis’ meagre attempts to get him to stay, such as putting his car out of action, and yet he does stays It’s never clear what’s going on in Tom’s mind, and therein perhaps lies the most chilling element of the film. We’re not privy to the way our protagonist works. He is inexplicably reluctant to leave the farm and even more hesitant to reveal the true nature of his relationship to Guillaume – both unfathomable decisions to the audience.

Tom At The Farm embraces classic thriller sensibilities, not only through its interest in twisted psychology but also with its menacing score, cold cinematography and intimidating setting. There are moments in which Dolan struggles to reconcile his natural cinematic sensibilities with the psychological thriller elements of the film, but for the most part, Tom At The Farm is another compelling piece of cinema from one of the most interest filmmakers working today.