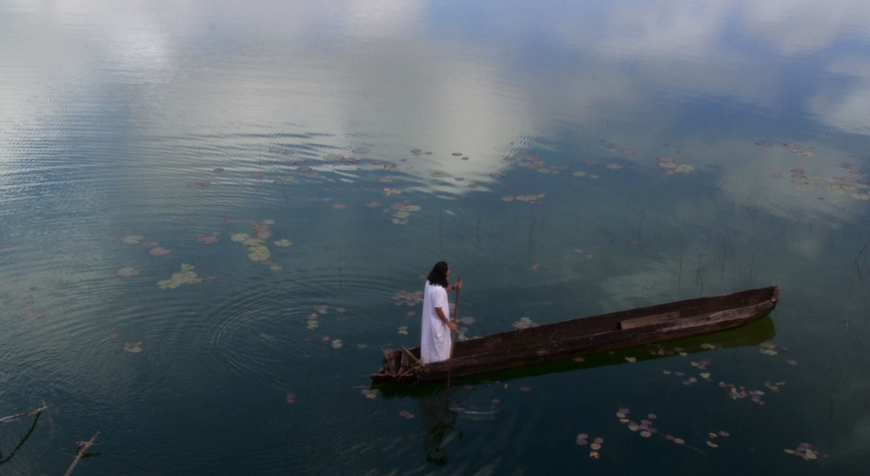 The ancient Maya believed the present world would end and a new cycle would arise after 5125 years. How does the story end? Does the water change colour? Do the oceans dissolve? Does the sky fall as the last tree is cut?Beautifully filmed over years, Heart of Sky, Heart of Earth allows the Maya of today to answer, following six young Maya in Guatemala and Chiapas through their daily and ceremonial life, revealing their determination to resist the destruction of their culture and environment.

As corporations go to the ends of the earth to extract resources at any cost, the Mayan cosmovision, in which all life is sacred and interconnected, presents a deeply compelling alternative to the prevailing worldview.

Heart of Sky, Heart of Earth is the third collaboration between Eric Black and Frauke Sandig, following After The Fall and Frozen Angels. At their core, all three films investigated the relationship a culture has on its environment. Heart of Sky, Heart of Earth is an exploration of Mayan culture, and the spirituality that pervades it. Black and Sandig look at the millions of contemporary Mayans still living in Mexico and Guatemala and their determination to preserve their rich cultural heritage.

The film opens with words from the sacred Mayan text, the Popol Vuh, and the Mayan story of Creation is employed by Black and Sandig as a means of connecting the concepts they put forward throughout the film. Heart of  Sky, Heart of Earth focuses on six Maya, all of whom are dedicated to maintaing the strength of Mayan history and tradition, despite greed and industry threatening their way of life. Multinational mining companies are employing intimidation to evacuate Mayan communites while using cyanide to contaminate resource-rich land, leading to terrible consequences for the inhabitants of Mayan regions.

Heart of Sky, Heart of Earth is a wonderfully shot film, and despite being more structurally obscure than a traditionally-designed documentary, is most certainly an experience for the big screen. Black and Sandig’s film not only highlights the indigenous fight for cultural survival but also promotes understanding of little known indigenous cultures, suggesting that we’re all in the fight together for environmental justice.

Check out the EFFA website for more details on how to check out Heart of Sky, Heart of Earth.