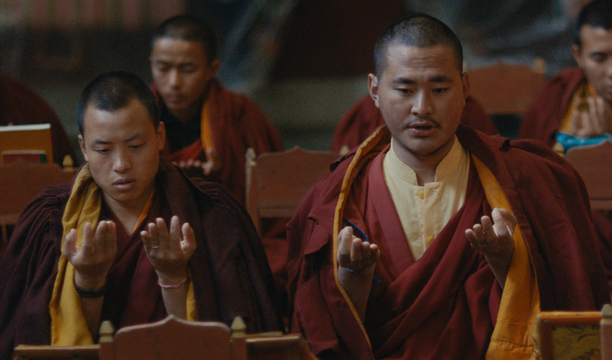 Have humans forgotten their place in the world? Planetary is a majestic visual portrait and deeply philosophical rumination on the increasingly fractured relationship between humans and the natural world. Told with breathtaking footage shot from the far reaches of the globe and beyond, and incorporating interviews with NASA astronauts, Tibetan lamas, philosophers and environmentalists, Planetary explores the interconnectedness of everything on this planet, and challenges us to reconnect with it and each other to ensure its survival.

There’s a broad magnificence to Guy Reid’s Planetary that will no doubt draw comparisons to worldly film titans Baraka and Koyaanisquatsi. It’s a stunning film to be hold, even if Reid sometimes reaches too far in the ambitions of what he’s trying to convey. It must be seen on the big screen.

Astonishing NASA footage, beaming down on Aurora Borealis, the Himilayas and New York, accompanies the memories of astronauts, from the Apollo missions through to contemporary space exploration, as they relate the experience of seeing our world from the vantage point of space. For most, it was a turning point in the way they appreciate their home planet. It’s a small world, but the way it’s staggeringly interdependent and interconnected is anything but.

As the film continues, academics are jettisoned to make way for spiritual leaders, yoga instructors etc., who have a more philosophical outlook toward the immense complexity of Planet Earth. It’s undoubtedly less compelling than when Reid’s film engages in his subject more intellectually, but the images are so outstanding they’ve a certain compatibility.

Planetary is entirely dependent on its incredible visuals. The talking heads interviews offer little regarding insight or meaningful reflection. And yet, the photography is remarkable enough to happily dwarf all the other elements of Reid’s film.

Check out the EFFA website for more details on how to check out Planetary.