Among all the familiar formats for documentaries, the biographical portrait of a significant person is perhaps the most common. However, the more significant the person is, the less likely it is that the documentary is very good. The most significant historical figures and current personalities have usually been considered in think pieces and other formats long before they reach the screen. The inevitable documentary, then, often feels like it’s playing catch-up.

So sometimes it can be useful to focus on someone who isn’t a household name, but has a big enough personality to carry his own documentary. Andre Leon Talley not only has that big personality, he has a big body to match. He was always tall, but when he started to gain weight after his 40th birthday, he became massive in all respects. And the fact that he was always wearing a fabulous outfit just made him all the more visually distinctive, and cry out all the more for his own showcase. 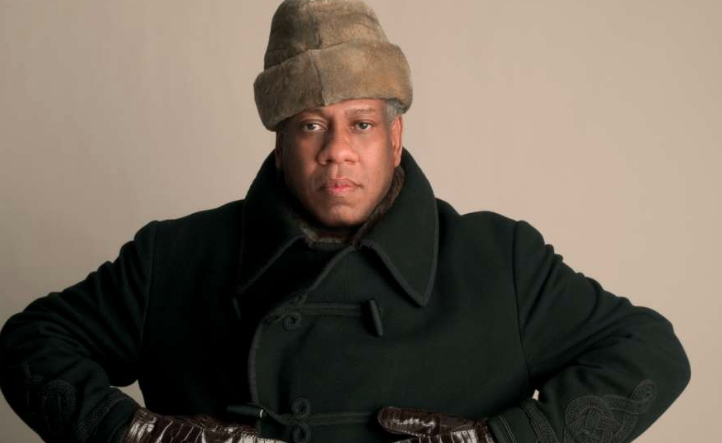 The Gospel According to Andre is that showcase, as it spends 90 minutes on a man who has dipped his toe into all corners of the fashion world. He’s been known primarily as a writer and editor at large for Vogue, but he’s had his hand in designing and dressing the models, as well as providing invaluable fashion expertise to the magazine’s editors, themselves almost as much larger than life.

He became a fixture in the front row at fashion events, as models sashayed back and forth in front him, and a celebrity with all manner of famous friends, all eager for their own dose of his je ne sais quoi. What’s made his case particularly unusual is that he was a black man born in the late 1940s in the American South, meaning he had to escape an environment that never supported a person like him in order to become the person he’s become.

M/center>
Kate Novack’s film is an entertaining document that is frequently joyous, but not because of anything she brings to the form. Given the similarity between doco formats, alluded to earlier, a person can yearn for real departures from what’s been seen a hundred times before. You wouldn’t want to force such deviations for their own sake, because inorganic technique is probably a worse sin than excess conventionality. But it still tends to be a bit disappointing when a film doesn’t feel inspired in it presentation, especially when a subject like Andre Leon Talley so desperately cries out for it.

Then again, there’s something to be said for just getting out of the way of a person like Andre. He has an interesting story to be sure, but most of what makes him fascinating is bound up in his means of self-presentation. Like other contemporaries such as Elton John and David Bowie, the more outlandish the outfit, the more likely Andre was to wear it. 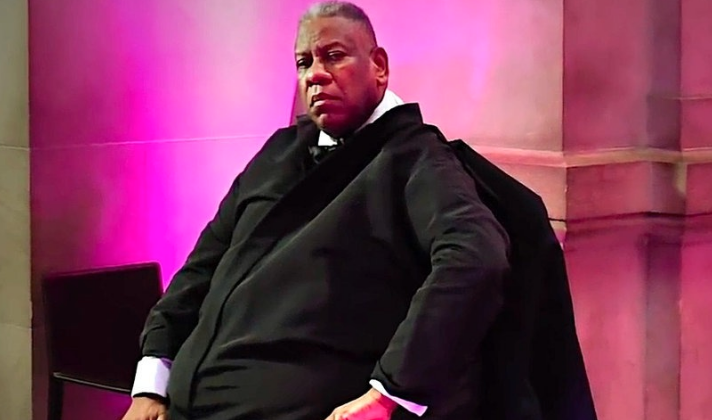 But for as many capes and caftans and exotic hats – and possibly muumuus in his more recent years – as he’s worn, some of the most striking images of Andre in this movie are just of him wearing a dapper suit and bowler hat. He is an indelible figure, pure and simple. The confidence it takes to present yourself this way has made countless celebrities, both from popular culture and the counterculture, want to rub elbows with him.

Underneath all this artifice, however, is a man of great wit and interpersonal generosity, not only the life of the party but a kind soul. (And an Ivy League educated smarty who speaks fluent French.) Some of that came from taking his licks as he grew up a gay man in the south, where that demographic was anathema for anyone, but particularly for a black man. There are moving moments when Andre recounts his misuse at the hands of bullies and others who rejected him. However, the comparative lack of these moments shows just how little the man seeks to be defined by them. 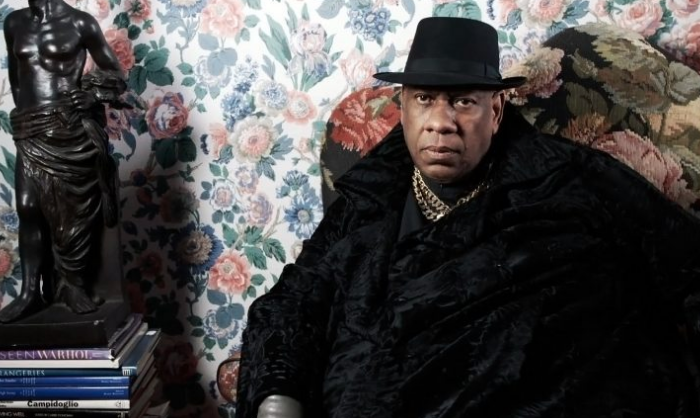 The movie occupies a particularly interesting space in our times, as it was shot leading up to the 2016 U.S. presidential election. It doesn’t contain a lot of overt text regarding Andre’s political affiliations (though they are obviously liberal), and in fact, in one scene he’s shown being particularly generous to the fashions of Melania Trump at the inauguration, comparing her to royalty.

But as unspoken as most of the hurt he experienced as a child is the hurt he’s experiencing now, as the American public elected a man who almost certainly would have persecuted him if they’d grown up in the same town. Like every other challenge he faced, Andre faces this one largely with stoicism, a glimmer of hope in his eye that better times are ahead.