"Lee’s tendency to provoke has been so well established that one might assume he dreamt up this scenario himself. "

There are numerous lines of dialogue in Spike Lee’s new film that have metaphorical significance beyond how they pertain to a small Colorado city in the early 1970s. While most are topical, one is more personal. It’s when an undercover African-American cop named Ron Stallworth (John David Washington) is chatting up a politically active African-American woman named Patrice Dumas (Laura Harrier) in a bar, and he asks her if she can ever relax and take time off from activism. Patrice responds in the negative, and clarifies: “It’s a lifetime job.”

She could be talking about Lee. It’s been nearly 40 years since Lee made his first short film, and during that time he has never stopped pushing the buttons of the establishment while shining a light on the underrepresented issues of African-Americans. A lifetime job for sure. 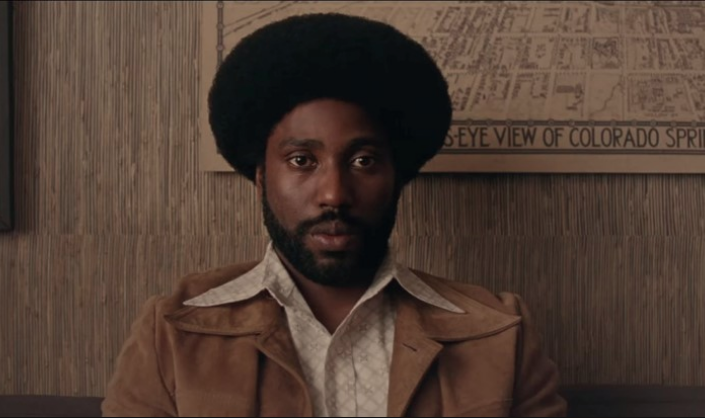 Yet even as long as he’s been at this, Lee may only just now be making the prototypical Spike Lee film. BlacKkKlansman burns with the fires of political activism, but it joins that together with the sense of humour that has also informed his perspective over the years. The marriage of the two makes this both Lee’s most entertaining film of the 21st century and possibly also his most important. So while he may not be taking “time off,” to call back to the exchange between Ron and Patrice, he’s delivering his message in a package that is consciously and conspicuously enjoyable.

The true story behind BlacKkKlansman is so outlandish and comprised of such inflammatory material that it seems strange Lee hasn’t made it before now. Ron Stallworth was the young African-American man who integrated the Colorado Springs police department, described in this film as that institution’s Jackie Robinson. His unique position entailed turning the other cheek against racism within the institution he’s integrating, as the renowned baseball player did, but it also gave Stallworth a passion to prove his worth right out of the gate. So he talked his way into undercover work, first monitoring the fiery speech of a black activist who’s come to town, then almost accidentally setting his sights on a local chapter of the Ku Klux Klan.

Except a black man cannot properly infiltrate the Klan – or not alone, anyway. After establishing and then maintaining phone contact with various members of a local chapter, he conscripts another detective, Flip Zimmerman (Adam Driver), into assuming his identity whenever an in-person meeting is required. Since Flip is Jewish, and the Klan hates Jews almost as much as blacks, it becomes something more than a job for both of them. Ron is so good at parroting what he hates, as a means of undermining it, that he eventually gains the attention of the national grand wizard of the organisation, David Duke (Topher Grace).

Lee’s tendency to provoke has been so well established that one might assume he dreamt up this scenario himself. Instead, it’s based on real events, with the details likely finessed in order to fit into Lee’s style. That style has wandered into experimental territory in recent years, but it has always involved such elements as montage, cross cutting and the use of real historical footage, not to mention trademark Lee techniques like the dolly shot in which the actors appear to glide forward through the air. All these are present, marking this as a consummate Lee film. 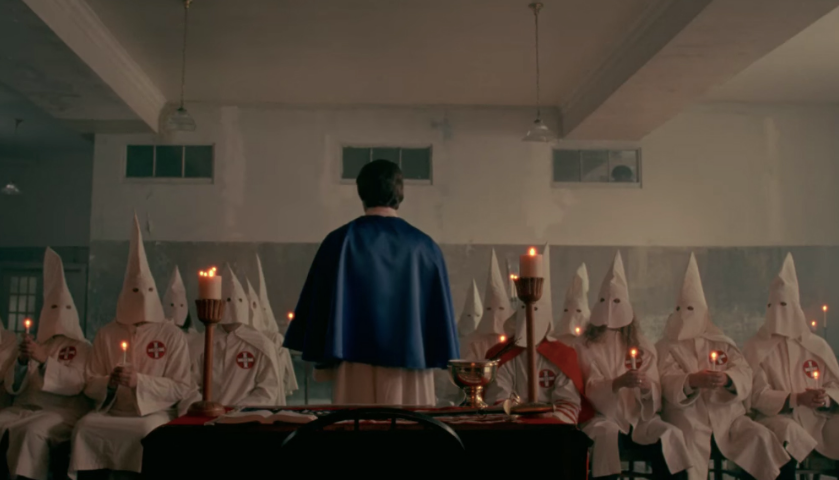 Yet there’s something about the tone that indicates the influence others have had on him. There’s a dash of Coen brothers in this film, a touch of the best parts of Three Billboards Outside Ebbing, Missouri (though only the best parts). And though Lee has butted heads with this man in the past, elements of this film recall Quentin Tarantino, and not only because QT also has a fondness for the N-word. Like Inglourious Basterds, this film has a conscious sense of interacting with and having fun with history, if not quite reimagining it as Tarantino did. And like Django Unchained, it takes a seriocomic look at the inner workings of the Klan.

As in the undercover plot of Basterds, there’s also a tension created from Flip Zimmerman’s exposure to men who would kill him the first opportunity they got if they knew his real identity — not only for his role in trying to disrupt the group’s activities, but also his status as a Jew. That same tension suffuses Basterds, and this film gives us similar releases from it, as we exhale and laugh nervously when tragedy is narrowly averted. 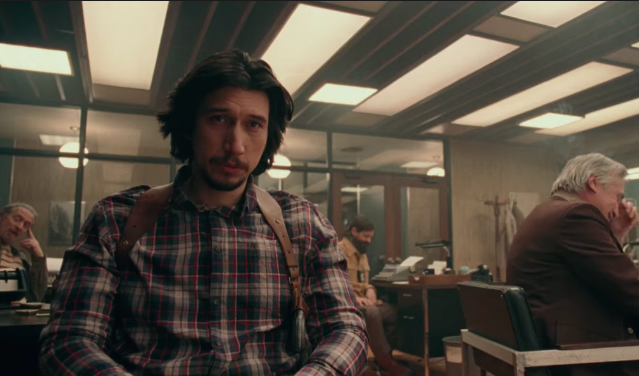 The danger to these men, the focus on what they’re risking, and the reasons they’re risking it give the film its righteous thrust forward. There’s always the sense that events could be on the verge of spiralling out of control, with the added complication that the local police department has its eyes on the political machinations of a black student group at the university. The cross cutting between activities of both groups shows the thematic complexity of which Lee is capable. Although the Klansmen are clearly the ones Lee is condemning, he purposely shows us that both sides have the potential to go too far.

If all this sounds pretty heavy, Lee has assembled a cast who can really sell the black humour built into the situation. Leading that charge is Washington, a comparative newcomer who won’t be unfamiliar to us for long after making this impression. (Interesting side note: Washington actually appeared as a child in Lee’s Malcolm X, twenty-five years before materialising again here.) When Stallworth firsts picks up the phone to answer a Klan ad in the newspaper, it’s so unpremeditated that he even forgets to use a fake name, which is why he needs Zimmerman to pose as him. His reason for doing so was apparently just to see who would answer and how he could mess with them. 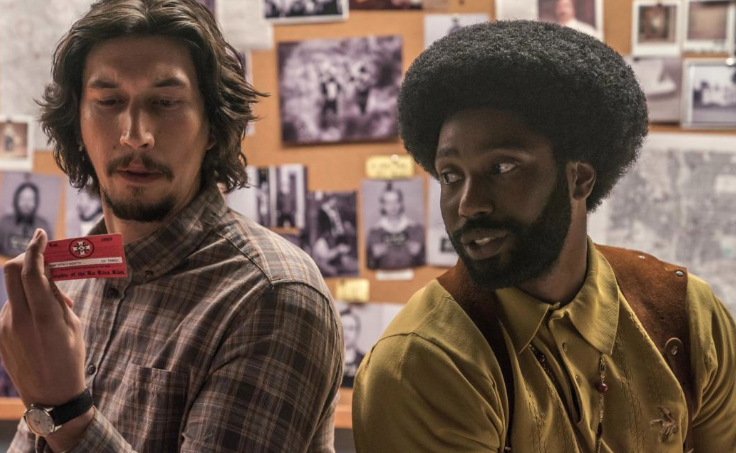 It’s that spirit that Washington brings to the movie, but he’s also got a touching earnestness that again defies the rage viewers might expect Lee to adopt. This is a man who genuinely wants to be a police officer, not because he wants to blow things up from the inside, but because he seeks to fight the good fight against bad people. Especially given all the police shootings of black Americans in recent years, one might expect Lee just to condemn the institution on the whole. Whatever anger he may feel, he’s not doing that, and he’s charitable enough to even show us Klansmen with sympathetic qualities.

The movie charges along on equal parts tight plotting, contemplative insight and propulsive humour. BlacKkKlansman goes down surprisingly easy for a film that hurts to watch at times. Would that such a balance could exist in every piece of art.