"The star power of Pugh is obvious to anyone who watches her..."

"The really nice thing about Fighting With My Family is that most of these characters are not what they initially seem."

To make it in professional wrestling, you don’t need to be the strongest, the best looking or the most talented. But you do need to have the most charisma. In fact, wrestlers such as Dwayne Johnson and John Cena had so much charisma, wrestling could no longer contain them. They had to spill over into Hollywood, never to return in the case of the man formerly known as The Rock.

In the parlance of Fighting With My Family, the new movie produced by and guest-starring Johnson, that charisma is an unidentifiable “it,” the thing a wrestler has that differentiates him or her from all the others who offer approximately the same things. That “it” is why British amateur wrestler Saraya Knight, a.k.a. Brittany, a.ka. Paige, is selected by an American recruiter (Vince Vaughn) for the program that prepares wrestlers for potential stardom in the WWE. We don’t need to wonder what Vaughn sees in her, because we see it too. The filmmakers have cast Florence Pugh, an actress with about as much charisma as any young actress out there, as Saraya. The star power of Pugh is obvious to anyone who watches her, and I suspect she’s about to be in ten big movies that will make her a household name. 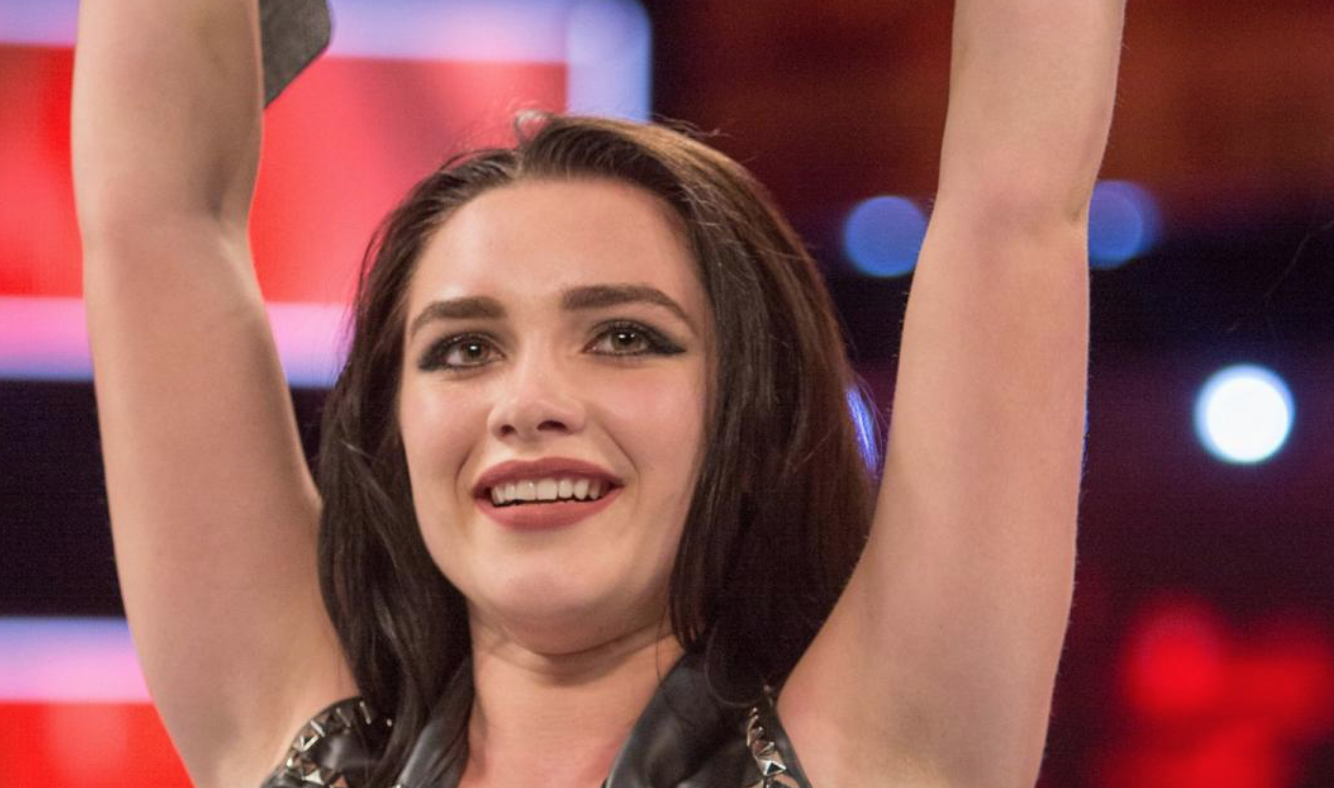 Truth be told, the solo directorial debut of comedian Stephen Merchant has smart choices throughout its cast. What looks like a decidedly motley bunch on paper – including a gawky, gangly comedian as its writer-director – has come together to produce an inspirational sports movie that itself has a little something extra, a charisma that distinguishes it from the many others in that category. While comedy definitely informs Fighting With My Family, it isn’t the film’s primary mode. Merchant seems to do a little of everything well here, and especially excels in the small moments with his actors.

It’s the true story of Knight and her brother (Jack Lowden), who goes by the stage name Zak Zodiac. They’re the grown children of two other wrestlers, Patrick “Rowdy Ricky” Knight (Nick Frost) and Julia “Sweet Saraya” Knight (Lena Headey), who named their only daughter after her mum’s wrestling stage name. Zak has had “professional wrestling or bust” tattooed across his forehead from an early age, but the younger Saraya (who we’ll call Paige for the sake of clarity) only picked up the family business reluctantly. She eventually began to excel at the moves and the stage personality, and those elements shine through when they both try out for the WWE recruiter. Only, Zak is told it’s the end of the road for him, and he’ll have to be content raising his newborn son and training local kids in the neighbourhood while wrestling in front of a couple dozen fans a night. It’s on to Florida for Paige.

What follows is the parallel story of the two, one of whom is not happy failing, the other not happy despite a potentially bright future. It turns out life becomes a bit lacklustre, even with a newborn child, when your dreams are crushed, and Zak starts to show some of the erratic behaviour that led to the imprisonment of his older brother, another failed wrestler. Meanwhile, Paige finds herself surrounded by women she perceives as bimbos, who are trying to ride their plastic physical appearances to fame and fortune, in stark contrast to Paige’s jet black hair, pierced lip, and solid wrestling fundamentals. That’s to say nothing of the man who recruited her, who seems to take pleasure cutting people down to size and sending them back from whence they came.

The really nice thing about Fighting With My Family is that most of these characters are not what they initially seem. Take Vaughn’s Hutch Morgan. Vaughn has always been an actor with a gift for verbal dexterity, for stringing together a series of withering put-downs, and just generally being an asshole. He could have let those traits define this character, but underneath his bluster there’s some real heart to Hutch – another thing Vaughn has historically done well, when given the chance. Heart is also evident in the pairing of Frost and Headey as the siblings’ parents. Frost has primarily been known as a comic actor in his partnership with Simon Pegg, while Headey has become synonymous with Cersei Lannister, but both deliver as gruff working class folks with a sentimental core. Given that Frost has generally played timid characters, his beard and mohawk are a welcome instance of playing against type. These three in particular make for useful on-screen companions for their charismatic star. She also has good chemistry with Lowden, who played a pilot in Christopher Nolan’s Dunkirk. 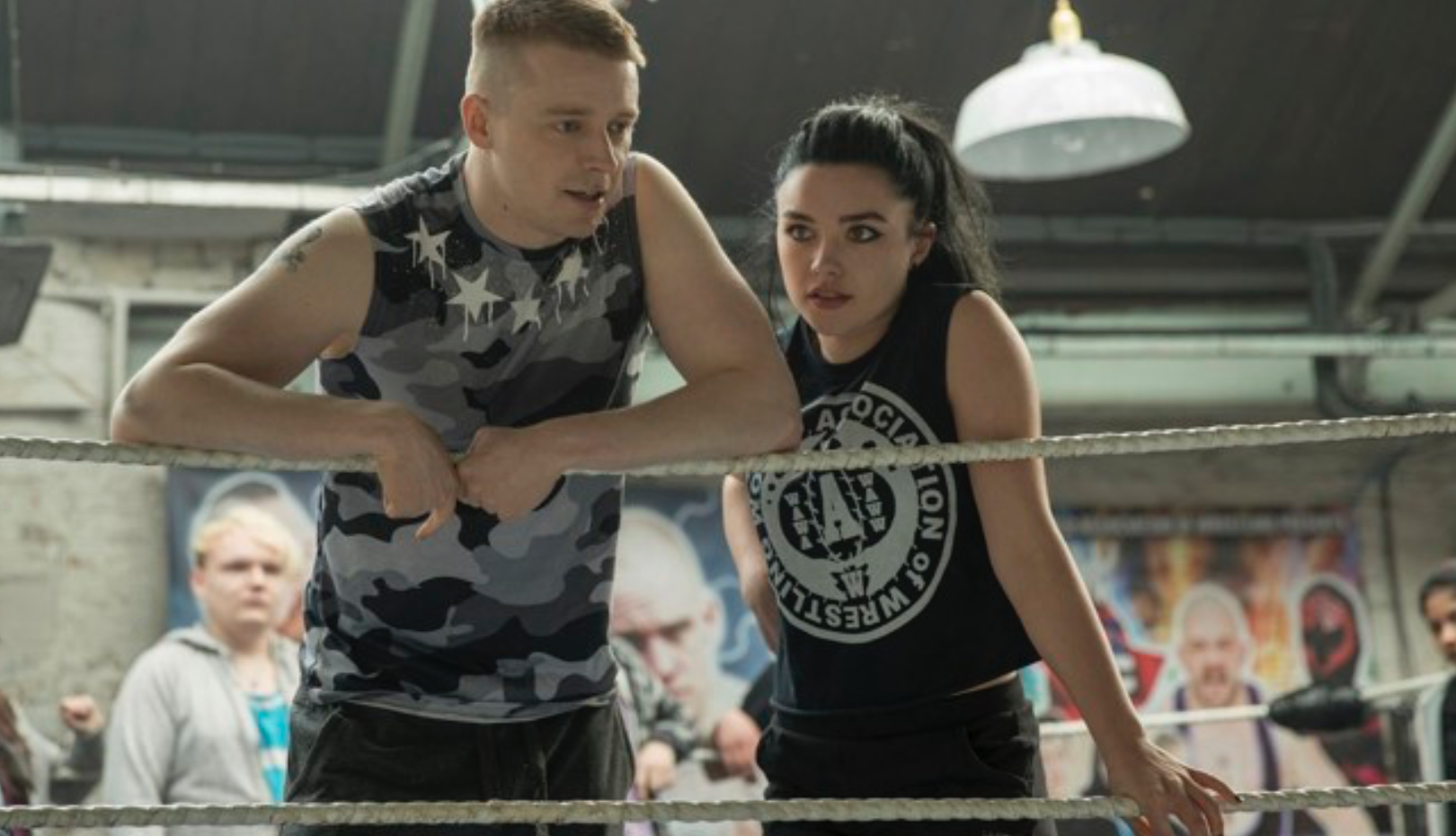 Merchant is probably the film’s biggest surprise, though. He’d developed a bad habit of taking supporting roles that required an extreme version of the type that initially earned him attention, when he started out as a creative partner with Ricky Gervais. It tended to be difficult to take him seriously after a while. He actually plays a version of that character here in a small role as the father of Zak’s girlfriend, during the opening portion of the film when it could go either way. It goes the right way as soon as Merchant steps off camera for basically the rest of the movie.

One of the true strengths of Fighting With My Family is how well it’s directed, not only in terms of the performances but also the camera setups and swift pacing. Merchant reveals a touch for the real subtleties of a story, even if it’s just a particular look Frost gives Pugh while exiting her bedroom following a heart-to-heart chat. He seems to have found his true calling behind the camera, after a decade of foolishly trying to flourish in front of it. 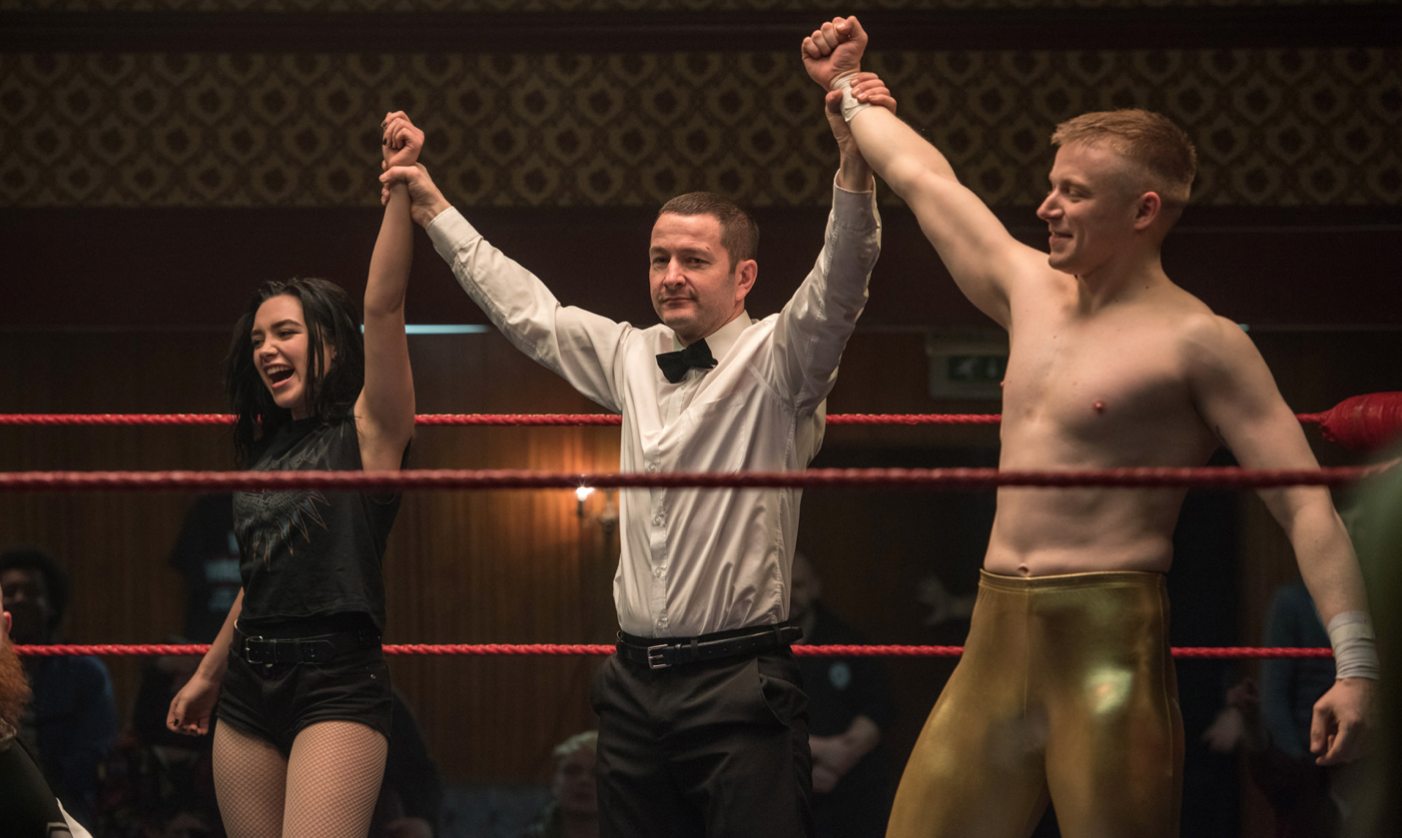 A significant obstacle for some prospective viewers will be their antipathy toward professional wrestling. Made under the aegis of WWE Studios, this well could have been a simplistic glorification of that brand of sports entertainment, featuring all the brutish volume and braggadocio that has made wrestling such a hard pill to swallow for people of refined tastes. But this is no insiderish bit of fan service. Wrestling fans will certainly enjoy the film, but fans of observant character studies may enjoy it even more.

Like Darren Aronofsky’s The Wrestler, Fighting With My Family honours the athleticism and sheer commitment of these people, as well as their willingness to subject their bodies to extreme abuse. As such, a big deal is made overturning a common preconception about wrestling: that it’s fake. “Wrestling is fixed, not fake,” Rowdy Ricky tells a naysayer. You might say the same for Fighting With My Family, or any solid crowd-pleaser with legit credentials. It may be fixed, in that the good guys prevail in the end, but to call it fake is to insult dedicated professionals delivering a superlative product.