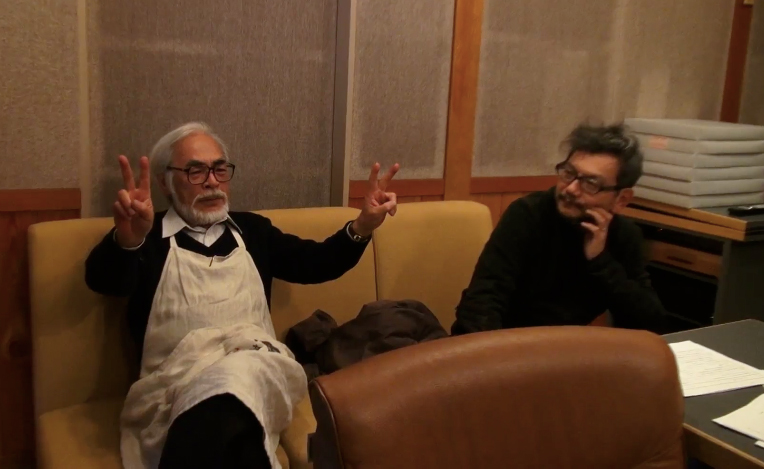 Would Miyazaki consider himself a master of cinema? Mama Sunada’s documentary The Kingdom of Dreams and Madness, which focuses on the man and his world renown animation studio, Studio Ghibli, provokes more questions than it answers. As arguably the world’s leading figure in animation, Miyakazi as a personality will intrigue the millions of people devoted to his body of work. He is simultaneously charming, insightful and absolutely ruthless when it comes to the perfection of his vision. Is there more to the man? The Kingdom of Dreams and Madness often suggests there may be, but Sunada never convincingly invades the man with any real sense of insight or depth.

Studio Ghibli was founded in 1985 by Miyazaki, fellow animation filmmaker Isao Takahata and producer Toshio Suzuki, the same men who maintain creative and commercial control over the company today. At the outset of The Kingdom of Dreams and Madness, Miyazaki is deep in production on his latest – and perhaps final – film, The Wind Rises. Suzuki preserves order amidst Miyazaki’s unbridled creativity. The men have known each other for decades. When we see them working together, their natural compatibility is evident. Takahata, the filmmaker behind the 1988 The Grave of the Fireflies, is all but entirely absent, sometimes admired by Miyazaki and Suzuki and often derided by them for his tendency to go over-budget and over-schedule.

The film isn’t particularly interested in the work that Studio Ghibli has produced over the years. The only film that is mentioned at length is The Wind Rises. Rather, The Kingdom of Dreams and Madness is far more concerned with how these ageing perfectionists navigate a modern industry. Suzuki seems to have the best grasp of his evolving business, thanks to a keen business savvy. Miyazaki bemoans the 21st century and the fact that he still has to work at the age of 72. There’s a cynicism to the man, which may not be entirely accurate regarding how he really feels. His jolly eyes belie his pessimistic words. Can the man who made Nausicaä of the Valley of the Wind, Princess Mononoke and Spirited Away really not be happy throughout the day, as he claims. 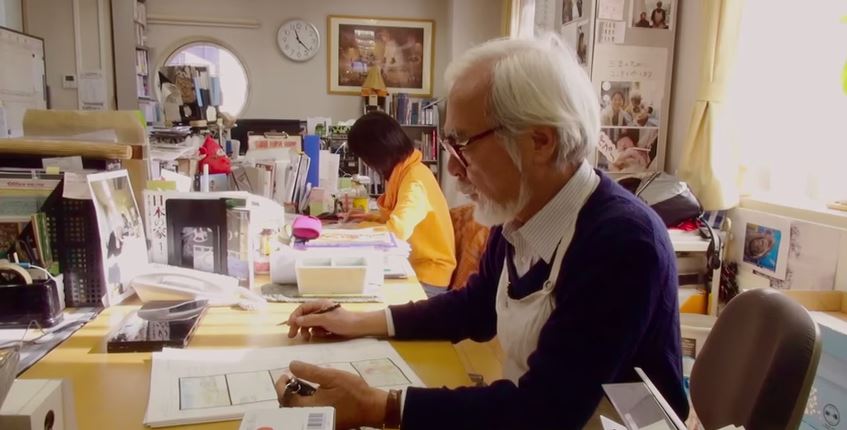 Miyazaki is certainly the focus of the film, despite brief and scattered glimpses at the production of The Wind Rises. He is a charismatic man and often Sunada is content to follow Miyazaki around his house while he deliberates on everything from life, happiness and film to the recent economic downturn. At one point, the man demonstrates remarkable self-awareness by musing whether it’s possible to make worthwhile films anymore. Is this all just some grand hobby? It’s a rare sentiment and a remarkably objective view of cinema from someone in a profession that tends to attract those with a fairly biased notion of their industry.

We momentarily meet Goro, Miyazaki’s son, who has also begun to make films for the studio. Goro doesn’t seem to share his father’s charm and charisma, arguing with a producer and repeatedly interrupting the patient Suzuki when he tries to offer advice. It’s not entirely clear whether this is simply affected filmmaking from Sunada, who clearly chose to include this scene for a reason. Adversely, we never see Miyazaki himself in any way other than appealing, although there’s a certain apprehension toward him amongst his employees, suggesting Sunada isn’t offering an entirely complete picture of the man.

The Kingdom of Dreams and Madness is an interesting, if perhaps insufficient, examination of one of the most important filmmakers of the past thirty years. It’s a long film, and the pieces are scattered without any logical progression or association. But it’s nonetheless a rare and welcome insight into the mind that is responsible for some of the greatest animation we may ever see.