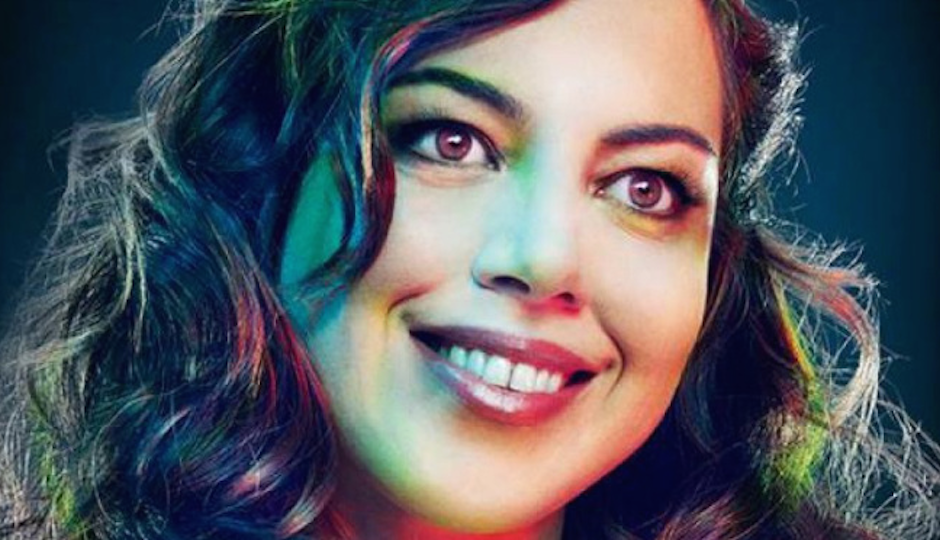 In 2003, director Edgar Wright and actor Simon Pegg presented us with a new twist on the classic zombie film with Shaun of the Dead. Their ingenious idea of combining a traditional zombie apocalypse film with the conventions of a romantic comedy was a fresh and thrilling concept, and hence, the Rom-Zom-Com was born. What followed was the wave of Twilight-esqe human/vampire teen romance flicks, like the sub-par Warm Bodies from last year, that somewhat tainted the genre.

Earlier this month I had the pleasure of seeing Jeff Baena’s Life After Beth at the Melbourne International Film Festival. The film is a refreshing addition to the Rom-Zom-Com family and it further re-invents the genre by throwing a very indie vibe into the mix.

The film follows Zach (Dane Dehaan), a 20-something who is left shocked after the sudden death of his girlfriend Beth (Aubrey Plaza) during a hiking trip. His mourning entails him moping around his sunny suburban neighbourhood in all black get-ups and visiting Beth’s grieving parents. Zach soon suspects that Beth’s folks (played brilliantly by John C. Reilly and Molly Shannon) may be hiding something and his beloved Beth may not be dead after all. Sure enough, he discovers that Beth is alive and has no memory of her supposed death. Her parents are convinced that she is a miracle resurrected from the dead, and Zach is just thrilled to know he has a second chance with her.

What starts off as a blissfully re-united relationship soon turns into something evil, as Beth become less and less human and more like the undead creature she actually is. Then Zach discovers that Beth may not be the only zombie in town when more people start appearing out of nowhere and the real chaos begins. With a penchant for smooth jazz and dirt, these zombies aren’t so much terrifying but rather hilarious. Although Beth is clearing becoming more deranged and dangerous by the day, Zach finds himself still entirely devoted to her. 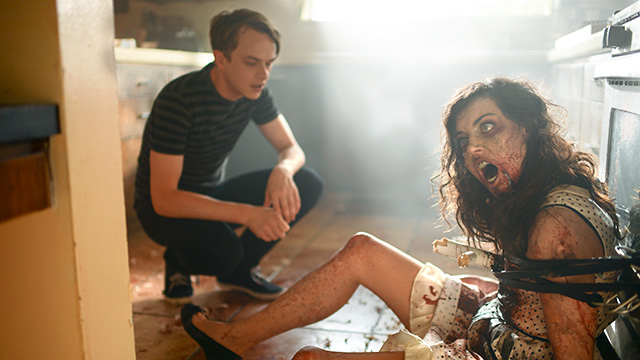 For a first-time feature writer/director Jeff Baena has been able to use sight gags and witty dialogue to pull the majority of his laughs; even if some of them fall short a bit, the charm of Beth and Zach’s love story is enough to make the film very, very funny and incredibly endearing.

Indie icons Dehaan and Plaza are fantastic in their roles of “doomed lovers” Zach and Beth. Dehaan uses his dramatic talent and DiCaprio-like boyish charm to paint Zach as a lost soul, and Plaza – best known for her role as the grouchy April on the TV series Parks and Recreation – gets all the best lines and funniest gags as the demonic dream-girl Beth.

It’s a fascinating idea, combining romance with something as grotesque as zombies. I mean, they’re not very sexy are they? Soon we’ll get to see what the Rom-Zom-Com looks like when mixed with a period drama, true Austen-style. That’s right, an adaptation of the hit spoof novel, Pride and Prejudice and Zombies, is in the works and I’m sure it’s going to be spectacular. But for now, without much competition, Life After Beth is surely the best addition to the genre since Shaun of the Dead.