Still living with his parents at the age of 30, Tom Berninger had found himself at somewhat of a crossroads. A rotund, metal head misfit with little direction and very little work ethic, Tom was in need of a jumpstart – or more so a heavy-handed push.

In an attempt to rejuvenate the aimless Tom, Matt Berningner invited his younger sibling on the road with his Brooklyn-based band, The National. Tom was to assist with the band’s daily needs, serving as an amateur roadie, as the group embarked on a worldwide tour. But much to the chagrin of the band (but to this viewer’s delight) Tom was rather more caught up in capturing his own cinematic portrait of the indie-rockers than ensuring the snack bar remained fully stocked. The initially unauthorised and unwanted documentary would eventually unfold into the quasi-rockumentary turned investigatory sibling drama, Mistaken for Strangers that was screened recently at the Melbourne International Film Festival.

Critical darlings for many years, The National only recently achieved great commercial success with the release of their 2010 record High Violet just prior to the documentary’s beginnings. Matt Berninger’s deep, thoughtful baritone is nowadays instantly recognisable and the band has only recently released another album, Trouble Will Find Me, to further commercial and critical acclaim. Touring their first hit record worldwide to larger and larger audiences, and a slew of famous faces, makes for an interesting backdrop as the very average Tom Berninger looks in on his ‘famous’ older brother. 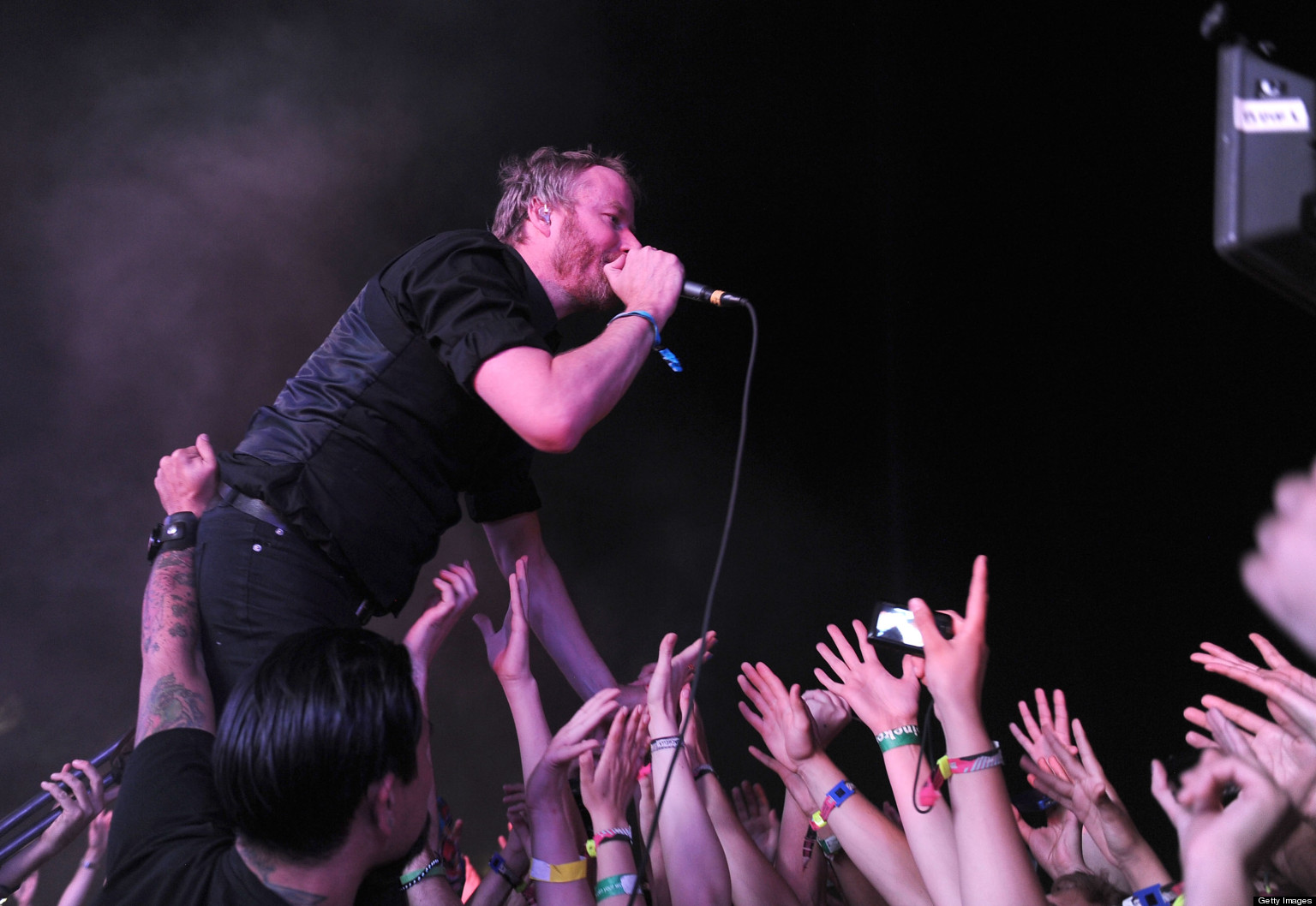 Despite a wild enthusiasm for his pet project, Tom is tragically unprepared; his brother chastises him on screen for having no organised questions when they sit down to film a talking head interview, where upon Tom asks ‘Do you ever become sleepy on stage?’ For the music fans watching, Tom’s sloppy interviewing skills rarely offer any depth or detail in regards to the band’s creativity or vision. But the film is able to please the diehards on many other levels; the concert footage is raw and baring as we watch Matt convulsing with emotion on stage, while Tom’s casual approach to filming allows for some exposing moments and conversations with his own brother and other band members.

Interspersed with these moments of musicality and performance are Tom’s own dopish trials and tribulations. Despite touring alongside the five piece band, who in turn are surrounded by a team of technicians and aids, Tom remains somewhat of a loner. He is so physically close to the group but as a non-member remains ostracized in many other ways. Life on the road is new to Tom and despite making somewhat lazy attempts to adapt to his new job Tom becomes increasingly consumed with filming. His repeated failings in the seemingly menial tasks set for him generate tension with the crew and between the two brothers, and eventually see Tom fired from the tour with months still left on the road.

Shot on a single, hand held camera the film feels very intimate; Tom often crams his lens up under the noses of his subjects, despite some heated objections. His prior filmmaking ‘experience’ may be made up entirely of homemade horror cuts, but Tom is able to maintain a shakey composure in the touring environment. And while Mistaken for Strangers is no filmic masterpiece there are some striking moments of visual imagery and simple shots that hold great poignancy. Furthermore, the live performance segments only demonstrate Tom’s deftness for audio and visual as he adeptly captures Matt’s somewhat erratic stage antics. 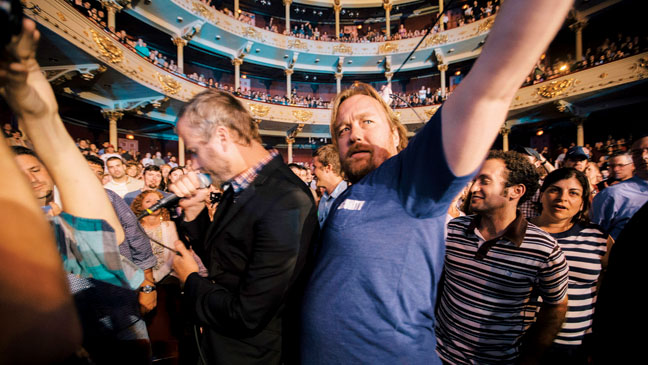 It is only after Tom’s unceremonious firing that the true direction of the documentary begins to take shape – and Tom becomes our centerpiece. Alone again, and back home in his parent’s house in Cincinnati, Tom is once more lost and directionless, whilst his Golden Boy older brother is now seemingly loved the world over. Yet it is this very documentary that offers Tom a guiding light, if only he can finish it. The film’s final act swiftly and neatly becomes a reflective examination into the creative process as we watch Tom cut together the very film now on screen, giving the narrative an enjoyable sense of pace and motion. After moving into Matt’s family home in Brooklyn, Tom begins to piece together the endless hours of touring footage, all the while developing a greater understanding of his own worldly place through his presence on film.

Within the film’s more dramatic themes of identity and family is an unexpected and charming sense of humour; my MIFF screening was in hysterics as the offish Tom muddled his way through the documentary and across the globe. Despite his easygoing nature Tom is indeed an oddball, and his awkward attempts at ‘serious’ filmmaking are hysterical – many scenes have him dictating shots and facial expressions to the band members from behind the camera lens as they slip him bemused stares. With the camera regularly turned back on himself too Tom makes for a delightful, but often cringe-inducing protagonist. When left disappointed in the band’s lack of true ‘rock star’ antics while on tour, Tom attempts to inject some life into the scene, only to be left drunk and alone singing into his camera at midnight.

Despite the indie rock subject matter it is the two Berninger brothers that prove to be the film’s core; the enigmatic Matt versus the clumsy Tom in the fishbowl of a music tour. Matt’s patience proves astounding while Tom’s incompetence somewhat unfathomable, but the pair’s brotherly banter and snapping remain key to the project’s genuine humanity. For the viewer, Mistaken for Strangers makes for an awkward, stilted but so frequently hysterical and endearing portrait of family and brotherly love.