"The fact that retired footballer Adam Goodes is considered a controversial figure tells us something about the world we live in. "

"The smooth interspersal of all these issues makes for a document that is both intimate and thorough."

The fact that retired footballer Adam Goodes is considered a controversial figure tells us something about the world we live in. By rights, a controversial figure should be someone who takes a stand for something bold or counterintuitive, a perspective that has equal potential to earn anger or praise depending on who’s doing the analysing. Refusing to be the silent victim of racist taunts should not make a person controversial, and yet Goodes became something of a lightning rod when he shouted back at a fan who slurred him in a 2013 game at the Melbourne Cricket Grounds. Two short years later, the resulting backlash had forced him out of the sport he loved, when he was still physically fit and in many ways at the top of his game. He wasn’t asked to leave, but he just couldn’t listen to the boos any longer.

Goodes’ story is the subject of the documentary that opened this year’s Melbourne International Film Festival on Thursday night. Though as journalist Stan Grant, who spoke before the screening, noted, The Australian Dream is not only Goodes’ story, but his own, and the story of thousands of other Australians. Like Goodes, Grant is vocal about and proud of his own indigenous heritage. Both as an interview subject in Daniel Gordon’s film, and as the credited writer who shaped the thrust of the narrative, Grant adds his voice to that of Goodes to present a holistic and moving portrait of both a single athlete, and an entire social history a country. 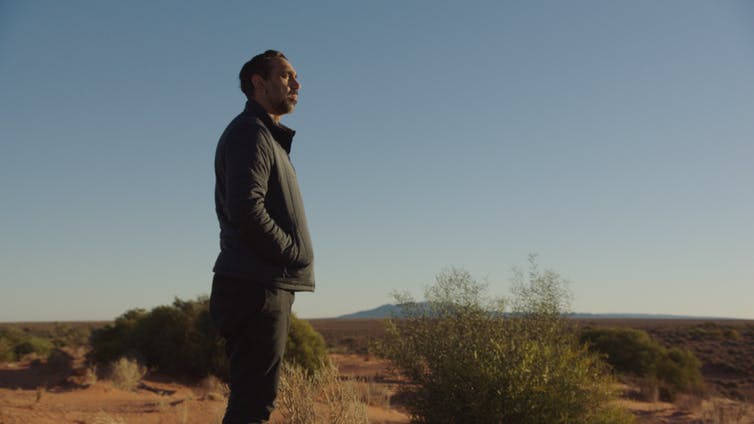 For those who don’t follow footy, Goodes was one of the best players in the game, twice winning the coveted Brownlow Medal and twice carrying his team, the Sydney Swans, to premiereships. The second championship was even highlighted by the type of performance from Goodes that you usually only see in sports movies. He ruptured his posterior cruciate ligament in the first half, but got taped up and actually hobbled back into action, making some key plays down the stretch to deliver the grand final to Sydney.

None of these heroics mattered to the 13-year-old girl in the stands who called him an ape the following season. Goodes called the fan out and asked her to be removed from the stadium. He later told the media that he thought the girl should be supported and helped to overcome her ignorance, but the firestorm had already started. It was inflamed on social media, including a few more incidences of insensitive racial comments by local footy commentators, and eventually, a certain segment of the fan base had started greeting Goodes with boos every time he touched the ball.

The Australian Dream does a magnificent job weaving together Goodes’ personal narrative, from his early years to his years in the spotlight, and the history of racism in footy and in the country at large. The grand perspective dreamed up by Gordon and Grant may receive no more perfect encapsulation than the film’s opening two helicopter shots – one a look over the expanse of the Australian outback, and the next a bird’s eye view of the MCG at night. This is a story both about football and about the Australian experience on the whole, as it is experienced by two very different groups of Australians. Their inability to reconcile each other on the field is a modern conflict, but it dates back to the First Fleet.

The smooth interspersal of all these issues makes for a document that is both intimate and thorough. Goodes is regularly interviewed, movingly, but the filmmakers also talk to the indigenous footballers who came before him, such as Nicky Winmar and Gilbert McAdam, and others who provide perspective – not all of whom are in Goodes’ corner. The film also delves further back into the history of European arrival in Australia, a powerful reminder of the injustice involved in telling someone whose ancestors have lived here for 60,000 years whether they belong somewhere or not. 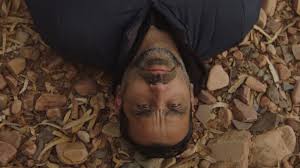 The Australian Dream is perhaps not an uncommon type of film, as it’s one of many in the history of the medium that has strived to help us understand and tolerate each other better. But it’s been made with an uncommonly high level of care and distinction, meaning its valuable message could have a greater and wider impact than similar films that have come before. Footy fans in particular might benefit from it, especially if they counted themselves among those who heckled Goodes. But all you really need to love this film is to be a fan of human decency. Here’s hoping it makes more of us humans decent.