"Morris has upped his game in one sense, as he’s got name actors Anna Kendrick and Denis O'Hare on board..."

"In the end, Morris gets his satire, his laughs and his heart. "

To certain joke slingers, there’s no topic that’s off limits. Still, most writers of comedy tend to avoid things like terrorism as a potential source of laughter. That’s what made Chris Morris’ feature debut, Four Lions, so noteworthy. Employing a distinctly British sense of humour, Morris followed a quartet of bumbling London jihadists as they attempted to bomb a charity fun run. He did something rather amazing by capturing a type of ineptitude and physical comedy that made his characters feel like transplants from a Christopher Guest mockumentary, while caring enough about them to take their ideology seriously and demonstrate their capacity for goodness.

Nearly ten years later, he’s tried to do more of the same in The Day Shall Come, only he’s shifted the location to the U.S., and the sensibilities to those of Armando Iannucci. Iannucci created the political sitcom The Thick of It and the movie In the Loop, both of which detail the absurdity of bureaucracy and political doublespeak, using the walk-and-talk aesthetic of screenwriter Aaron Sorkin. Think also of the Coen brothers’ Burn After Reading. That’s a lot of separate references for the before-and-after portrait of one cinematic satirist, but it helps put into perspective what’s been changed, and possibly what’s been lost, between Morris’ last two projects. 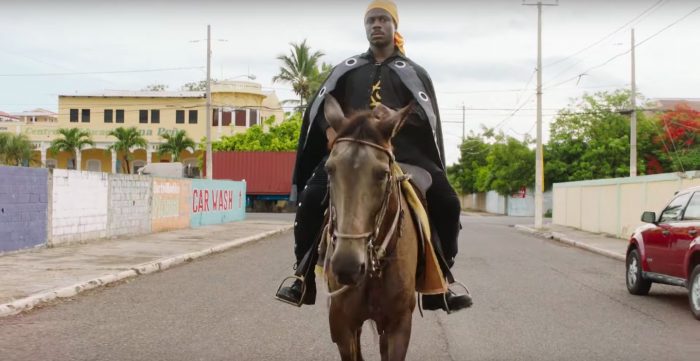 While the characters in Four Lions are actually trying to commit an act of terrorism, the characters in The Day Shall Come are only being framed for such an act. In fact, the special agents doing the framing have a frank conversation about the optics of who you can and who you can’t frame for terrorism. They think they might have the type of candidate that would justify their funding in the Star of Six, a would-be black militia in Florida that at the moment only has four members. But they worry that framing African Americans for domestic terrorism doesn’t play as well as framing people of Middle Eastern descent, and possibly doesn’t play at all. Still, they’re desperate so they go for it.

The Star of Six is fronted by a charismatic leader named Moses Al Shabaz (Marchánt Davis), who talks a good game and thinks that certain random occurrences are examples of divine messages being sent to him. In reality, though, he and his wife (Danielle Brooks) are just trying to avoid getting kicked off their would-be farm, as building a militia does not pay the bills. 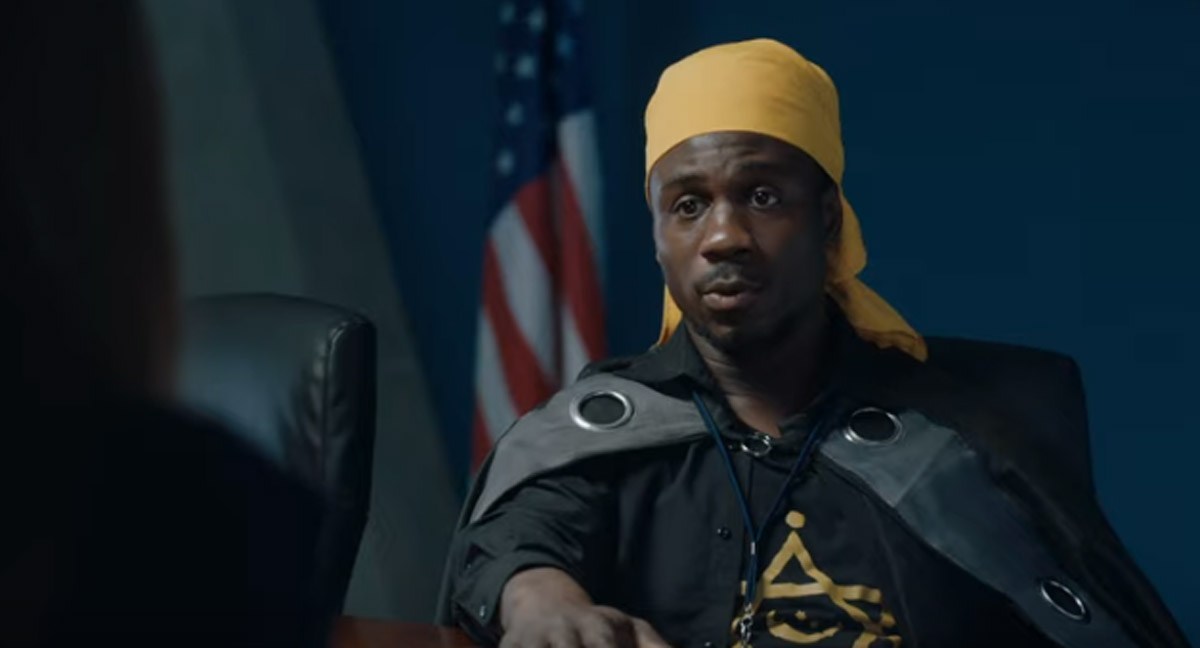 Sensing their vulnerability, FBI informants dressed as Islamic dignitaries offer them guns and eventually uranium, or at least canisters of uranium they promise to fill once the frame job is sufficiently well established to hold up in court. Moses and his few followers would actually rather have a bank loan, but in this America, it’s easier to get nuclear weapons than money from a bank.

Morris has upped his game in one sense, as he’s got name actors Anna Kendrick and Denis O’Hare on board as some of these government agents. But the concessions he’s made to his core perspective as a Brit are not worth the tradeoff. Not to continue sentimentally longing for one of his previous works, but in Four Lions, one of the pleasures was the uniquely British way the terrorists called each other wankers and chewed each other out for their insufficient preparation and flawed strategic wisdom. Here it’s the agents who chew each other out with the kind of glib dismissiveness that has become a hallmark of modern cinematic political operatives, and that’s just not as fun.

Fortunately, we’ve also go the Star of Six, whose ineptitude doesn’t feel as funny for a number of reasons, but whose heart is strong and true. Moses, like his biblical namesake, is a leader of his people, small in number though they may be, and wants to do right by them. He’s definitely delusional – at one point, he thinks he caused a lightning bolt to strike a nearby crane with his mind – but more than anything he’s just a guy in over his head.

He and his wife and followers are our surrogates, examples of any people who might be gaslit by an organisation trying to peddle a certain agenda. In the end, Morris gets his satire, his laughs and his heart. It’s just that the high standard he previously set for himself keeps The Day Shall Come from reaching its best possible heights.