"The adventure is in the past, as a dog hit by a car reviews her circuitous life as she lays dying by the side of the road."

"It’s easy to get lost in the spell of a wondrous fantasy like Marona’s Fantastic Tale."

MIFF has a history of showcasing the best in alternative animation. Last year was a particularly good example, as a future Oscar nominee made its Australian debut at the festival. The new film Marona’s Fantastic Tale has a fair bit in common with I Lost My Body from MIFF 2019, starting with the fact that they both hail from France. Less superficially, they share a focus on mortality, having a lot to say about finding your way in the world and the limited time available to do so. The tale was even more fantastic in that case, as the film followed a severed hand trying to find its way back to its owner. This time out, the adventure is in the past, as a dog hit by a car reviews her circuitous life as she lays dying by the side of the road.

Marona is actually the fourth given name for this dog, a mixed breed who resulted from the amorous attentions of a bull mastiff toward a poodle. She was ninth (and last) in the litter, so at first she was just Nine. But she received the name Ana from her first proper owner, a budding acrobat named Manole, and then the name Sara from her second, a construction worker called Istvan. Like the titular donkey in another French film, the classic Au Hasard Balthazar, she can never remain in any period of happiness for long. Her journey toward that side of the road involves abuse, neglect and near starvation, though like the best examples of her optimistic species, she’s able to keep the memory of some epic ear scratches close to the front of her mind.

Anca Damian, who directed a screenplay written by her son Anghel, has brought us an exquisitely imaginative burst of colour and the sublime. Marona’s Fantastic Tale dabbles in a number of different two-dimensional animation styles, which blend and flow seamlessly. They all encapsulate a dog’s subjective view of her surroundings. For example, as Marona (then Ana) watches her aspiring circus performer juggle and contort, she imagines him sprouting spaghetti-like octopus arms that can slither and curl around the entire room. When she looks up at him, he seems a million feet tall; when he raises her over his head, it’s as if she’s been lofted into the heavens. 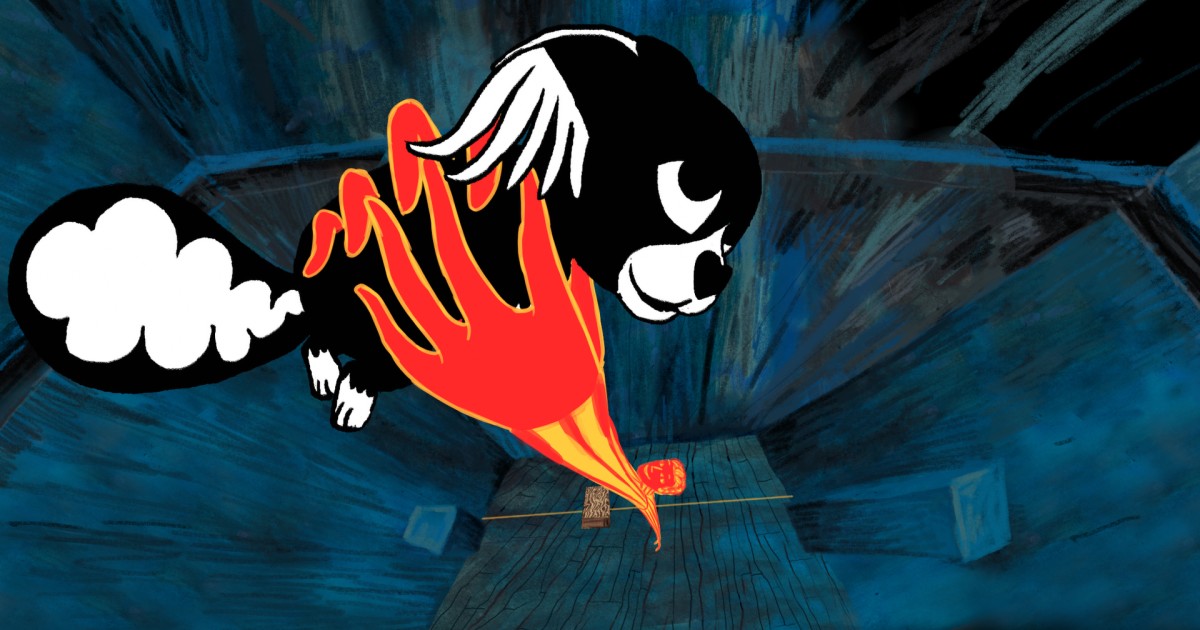 It’s easy to get lost in the spell of a wondrous fantasy like Marona’s Fantastic Tale, but certain aspects do serve to keep a person’s affections somewhat earthbound. For one, it seems to take literally the idea that a dog is “man’s best friend.” With few exceptions, the humans who treat Marona well tend to be men, and the humans who are allergic to her, abusive to her or indifferent to her tend to be women. The movie is directed by a woman, but it’s written by a man; maybe if she weren’t his mother, she might have had the objectivity to steer him toward a more balanced representation among the genders.

Still, Marona is not the type of movie where you’re eager to linger on its faults. It develops a perfectly French melancholic tone, and keeps you contemplating the beauty and fragility of life. That’s a good place for any MIFF film to be.

Marona’s Fantastic Tale is available for streaming during the duration of the festival, through 23 August, by going to miff.com.au.