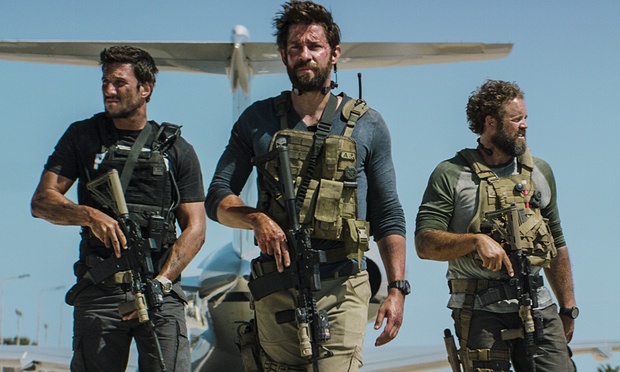 There’s a shot near the end of 13 Hours: The Secret Soldiers of Benghazi that is basically the antithesis of everything Michael Bay has stood for as a director. Among many, many other things, Bay has been chastised for peppering his films with iconic imagery of American flags flapping proudly in the breeze, usually next to the slow motion spinning of helicopter rotors or the boots of American heroes. In this particular shot, the stars and stripes are shown submerged in a swimming pool, among the other debris that resulted from a 2012 siege on an American diplomatic outpost in Libya’s second largest city. It seems to be a conscious repudiation by Bay of his former self, a plea to take him seriously now.

And it’s not his first. When Bay made Pearl Harbor in 2001, that was his big grab for respectability and awards glory. But Pearl Harbor was so resoundingly dismissed among gales of critical laughter that Bay ran and hid behind Bad Boys II and four Transformers movies. In the last few years, he’s slowly poking his head back out, and he’s now realised that he must take baby steps toward respectability. Pain & Gain had slightly more on its mind than the typical Bay film, while still being stuck in a world of hapless criminal bodybuilders, and 13 Hours is one step further into the realm of prestige films, looking at a recent international incident that still involved a lot of big, Michael Bay-style explosions. He’s still got the American flag in there, to be sure, but he’s hoping we’ll buy this as his broadening perspective on the role of America in the world political landscape.

Whether this is a different Michael Bay or not is debatable. From a purely visual standpoint, it certainly isn’t. However, it does serve as a pretty complete and often quite gripping dramatization of the attack by armed Libyan protestors over an anti-Islamic film, which cost ambassador Chris Stevens his life, and ultimately, Hillary Clinton her job as secretary of state. On the anniversary of 9/11 in 2012, two American properties that weren’t really supposed to be there – one a mansion where Stevens was staying while giving speeches, one a secret CIA base – were attacked by gunfire and mortar shells, leaving a number of Americans dead and egg on the face of the U.S. state department. The “secret soldiers” of the title were a crew of private military contractors stationed at that nearby base, who were not supposed to be involved in the ambassador’s visit but were drafted into duty by the attack. Suddenly their own lives were on the line protecting CIA civilians from waves of attackers who came at them through the night. 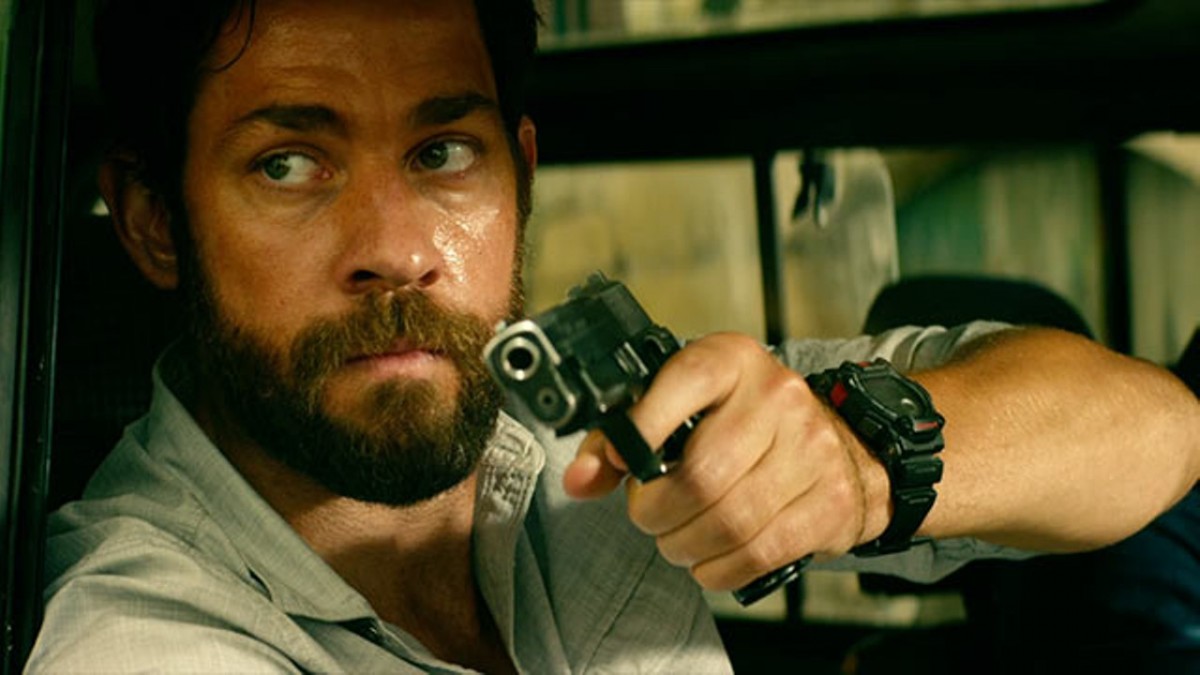 There’s no doubt the 13 hours in question are depicted with exceptional skill. Once this attack begins, the film gains a visual coherence that its first 45 minutes had lacked, focusing itself into some truly tense storytelling in which individual outcomes for individual lives remain in doubt. One car chase of survivors fleeing the ambassador’s mansion is particularly intense. Before that, Bay has too much time to yield to his lesser instincts, to meander and include B-roll of The Way Things Are in Libya. This portion is probably needed to lay the groundwork and establish the characters, and in truth, character development ends up being one of this film’s strengths. But Bay seems to emphasize his own natural distance from the material by including numerous shots of children running (usually in slow mo) and men drinking tea in menacing marketplaces. Bay’s camera has a way of reducing these locals to mere scenery. It always has.

In truth, the politics behind the actual attack are no better. For every American who dies, there are countless Libyans mowed down, as if they were nothing more than faceless charging adversaries in a video game. Bay underscores this aesthetic by including first-person-shooter POV footage, but only randomly, no more than a couple times. He should have either committed to that more fully or discarded it entirely – probably the latter. 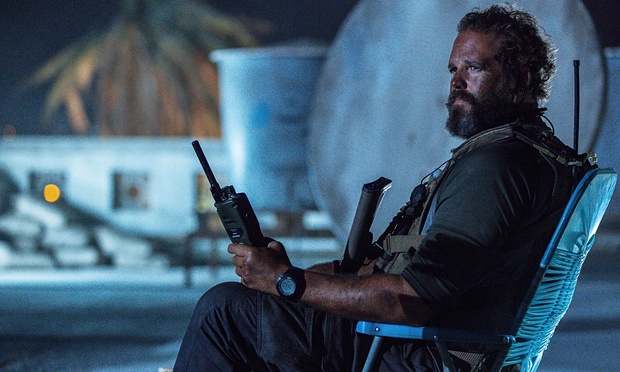 During the titular time period, though, this is an incredibly watchable film in which spatial orientation is a particular strength, lending greater verisimilitude to the attack. We get where everyone is, when, and why. The unique challenges of the attack are crystalline, among them sleep deprivation, and the fact that it’s difficult to get backup when you are not even supposed to be in the country. Even if you can summon some Delta Force guys or other friendlies to help you, you must still do deceptively simple things like navigate your way from the airport to the firefight. You rely on locals to assist with that, and one thing13 Hours makes clear is that you can never tell who is there to help you, and who approaches you with a smile and a handshake, only waiting to stab you in the back.

Performances aren’t usually the strength of a Michael Bay film, but in that regard he seems to be improving as well. James Badge Dale and John Krasinski distinguish themselves as the two military contractors we follow most closely, with Krasinski perhaps holding the edge for having gone outside his usual comfort zone so convincingly. Pablo Schreiber gets real laughs as the military contractor in shorts, who bears the nickname “Tonto.”

Whether Bay has really learned any lessons is open to discussion. Present here are ripples of doubt about the approach Americans took in Libya, both by having a secret base there in the first place, and then as a response to this particular crisis. Surely, this film is not as morally straightforward as Pearl Harbor, where Americans were portrayed as the heroic victims of foreign military aggression. But one suspects that Bay will not truly be taken seriously until he takes more baby steps, or perhaps even some giant steps, away from his trademark instincts.