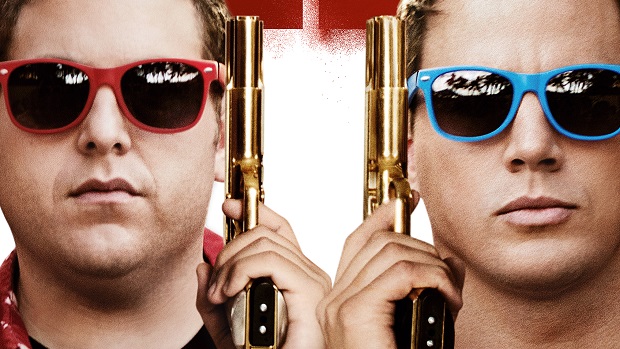 Earlier this year a review was posted on ReelGood for the Seth Rogan and Rose Byrne film Bad Neighbours. The review discussed whether a comedy should be judged on how many times you laugh. There’s a strong connection between the talent behind Bad Neighbours and 22 Jump Street but whereas Rogan and Byrne’s film had a promising idea that was executed with utter staleness, the Jump Street sequel manages by some means to take what could have been a repetitious bore and somehow turn it into reasonable entertainment.

Directed by Phil Lord and Christopher Miller, 22 Jump Street should be a waste of our money – something that the film itself recognises from the outset. There’s a recurring gag/shot at the studio system hinting as to the motivation behind the production of this sequel (“No one cared about the Jump Street reboot, but you got lucky. So now this department has invested a lot of money to keep the programme going”) that somehow, for the most part, doesn’t get old. The success of the original, itself a remake of an old television series, surprised perhaps even the filmmakers. This sequel certainly isn’t the first time studios have attempted to wring the last drop out of a good thing but it may just be one of the only times that the result wasn’t a waste of time.

A plot description is perhaps superfluous. The film follows the narrative of the original almost to a tee, the central exception being that the characters are now undercover in College rather than High School. Someone is selling a new form of drug on campus and it’s up to Jenko (Channing Tatum) and Schmidt (Jonah Hill) to discover and apprehend the perpetrator. Much of the film’s charm has to do with the two leads Tatum and Hill and their relationship with one another. Hitting almost every note they did in the 21 Jump Street, their chemistry is another reminder (like the recent A Trip To Italy) that sometimes we can just watch the same old routines if they are amiable enough. 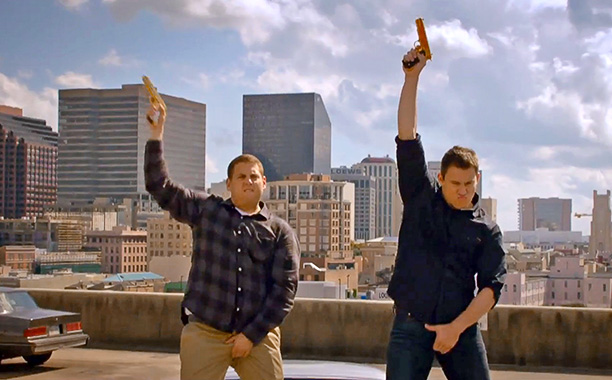 Like with the first film, the opening set-up is the weakest part and there’s an impression during the initial twenty minutes that low expectations were the right course of action. But like 21 Jump Street, the sequel finds a certain composure once the pair are settled into their undercover assignment and the episodic humour takes over. The film is also too long and the final half hour might have been culled for the sake of efficiency. The real problem with these action-based comedies is that ultimately the plot needs to be resolved although it would be fantastic if a film like this threw caution to the wind and ended up disregarding narrative entirely. The Pineapple Express and This Is The End ran into similar problems, forced by their own hand to focus on conclusion rather than humour.

If a comedy is to be judged on how many times we laugh then 22 Jump Street is a good film. The first film exceeded low expectations and this second film manages to rebut our preconceptions regarding money-grabbing sequels. Lord and Miller have taken film industry cynicism and used it to the comedic benefit of their film, all the while making a Hollywood sequel that is ultimately better than most. A 23 Jump Street might diminish the satirical impact that this first sequel accomplishes but then again it wouldn’t be the first time this franchise has managed to pleasantly surprise.