live up to its low expectations? 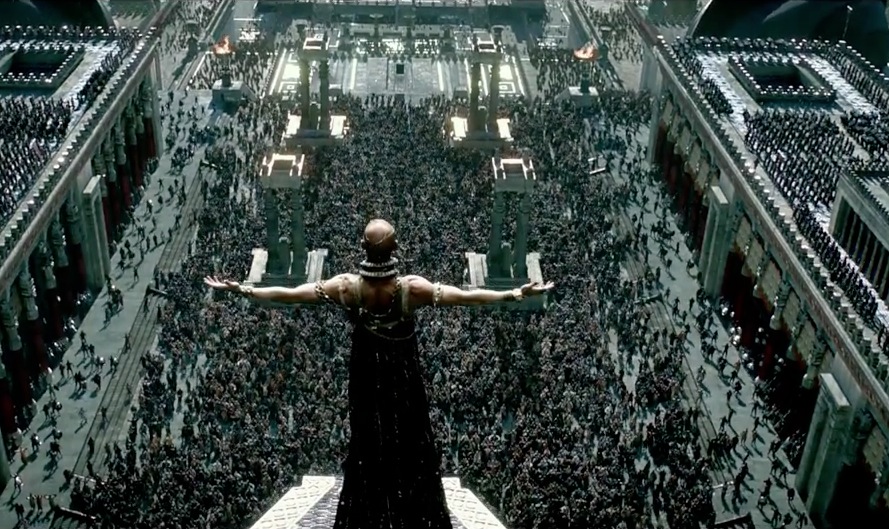 300: Rise of an Empire is better than its predecessor, but marginally and for reasons that don’t make it worth spending money to see it at the cinemas. Both films are prime examples of style over substance. Perhaps more apt an expression would be style instead of substance. Indeed, so absent is any basis for interest in this brand new misrepresentation of ancient Athenian warfare that you might be forgiven for feeling slightly dimmer having watched it.

It could be said that Isreali director Noam Murro does an admirable job at recreating the distinct style that Zack Snyder pioneered in the original, if emulation of Snyder’s filmmaking was an admirable thing, which it isn’t. The same hyper-kinetic action on exhibition during Snyder’s depiction of the battle of Thermopylae is employed, to a similar mind-numbing effect. It’s almost akin to watching a video game, except watching video games can be enjoyable on occasion. Blood and slow motion isn’t enough to sustain a nearly two-hour film, by a long shot.

300: Rise of an Empire runs, for the most part, concurrently with the events of the first film, which is a surprisingly compelling inspiration for a brief interlude until the violence, which takes up most of the film, conquers any form of narrative or dialogue. We’re allowed far more insight into the manically villainous Persians this time around; a refreshing contrast to the exceedingly and blandly righteous Greeks.

Xerxes (Rodrigo Santoro), the central antagonist of the original, is revealed to be the ignorant pawn of the far shrewder villainess Artemisia (Eva Green). Having manipulated her emperor into assaulting the Spartans at Thermopylae, Artemisia turns her attention to the grand Greek capital of Athens. Fearing for their homeland, the Athenians rally the bulk of their navy to drive the Persian fleet off. 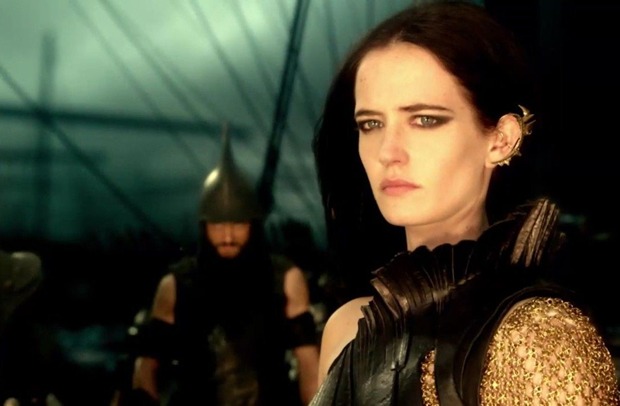 In lieu of the charismatic Leonidas is Themistocles (Sullivan Stapleton), the commander of the Athenian navy and the man in charge of repelling Artemisia’s warships. Whereas Gerard Butler had a comprehension of the exaggerated temperament of Snyder’s film and portrayed Leonidas accordingly, Stapleton approaches Themistocles with such intense gravity it’s hard not to root for the much more exuberant and fun Xerxes and Artemisia.

The film elaborates on the association between sex and violence that was so evident in the original. It is a perplexingly prevalent theme in creative mediums nowadays, particularly film. A sex scene halfway through 300: Rise of an Empire is far more repulsive and aggressive than any of the endless battles, despite no blood being shed. When the real violence does occur, swords are thrust with baffling sexual aggression. At times, characters even appear aroused by the carnage. Murro, and Snyder before him, seem to believe that we share this stimulation when confronted with violence.

Rise of an Empire is most successful when clarifying how the events of Murro and Snyder’s films coincide. There’s a pleasant sense of world development during these scenes that heightens the quality of both films perhaps more than either of them deserve.

It’s no secret that the 300 films have little to nothing to do with the actuality of ancient Greece, so anybody going in expected some form of history lesson will be tremendously disappointed. This is witless stuff, and chances are the flashy images will grow exhausting long before the final credits roll.