A common complaint about modern Hollywood films is that they pander too much to Chinese audiences, giving random prominence in the cast to a Chinese actor, or arbitrarily setting one scene in Beijing. Some films, though, seem to come by their Chinese bonafides more honestly, irrespective of what may have motivated them. Sure, you could set a movie about the abominable snowman in any wintry climate; it wouldn’t have to be Mt. Everest. Neither is Everest a stretch, though, and if you’re choosing the birthplace of a yeti with magical powers, might as well select the most majestic wintry climate on the planet.

Abominable is Dreamworks’ tale of a girl and her abominable snowman, and it’s a co-production with the Chinese film studio Pearl. It’s got its legs clearly straddling two audience demographics, and pulls it off with charm to spare. The film also appears to be giving a regional nod to Japanese master Hayao Miyazaki, as it features a fantastical creature who communes with and benevolently manipulates nature. It’s not at the level of quality of a Studio Ghibli film, but the fact that a comparison is even warranted is positive news for Abominable. 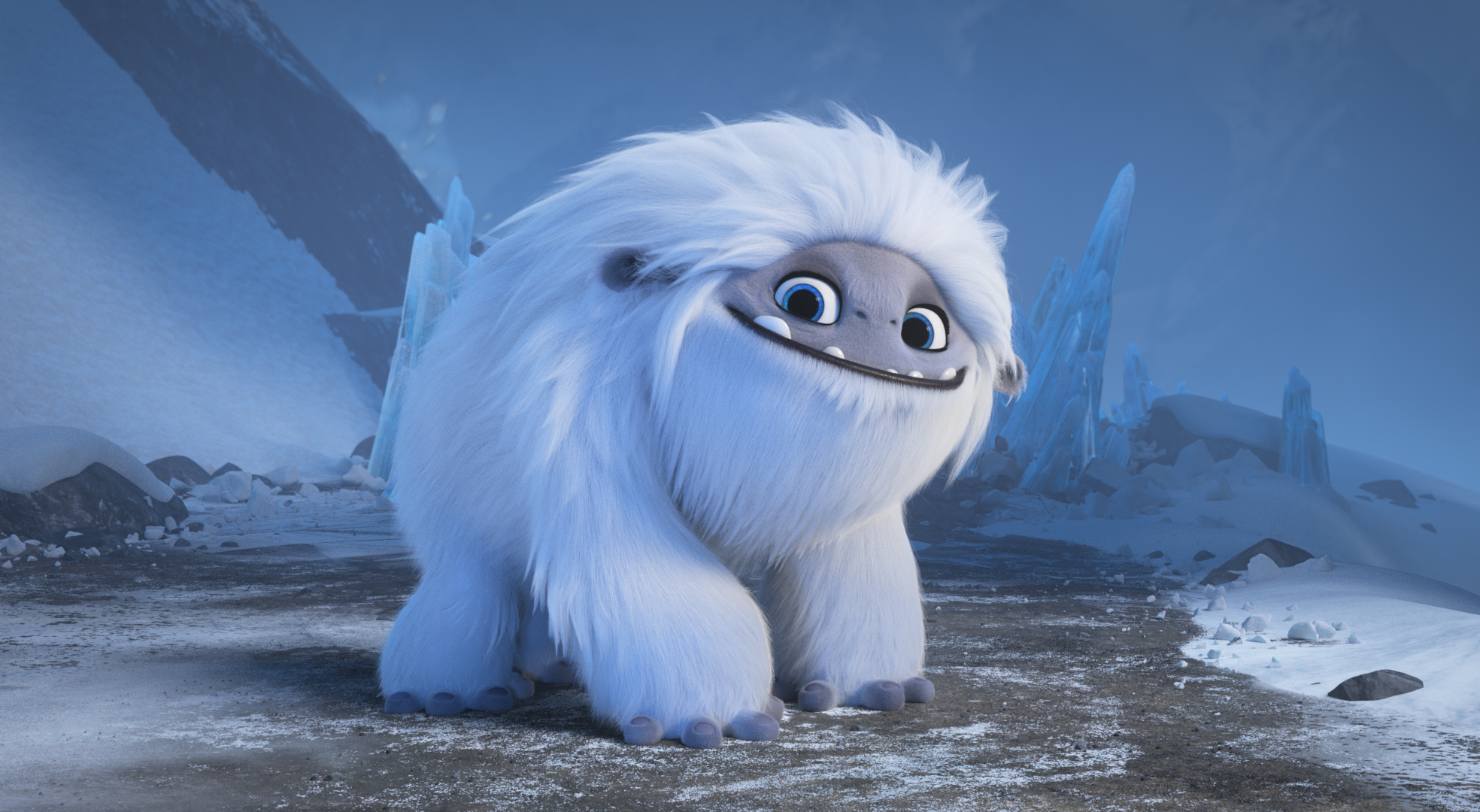 The contours of the plot are fairly standard. Teenager Yi (voice of Chloe Bennet, née Wang) is struggling with the loss of her father, working odd jobs to help fund the trip across China she was meant to take with him. Her mother and grandmother are worried about the way she’s withdrawing from them. Playing violin on the roof of her Shanghai apartment building, she awakens the sleeping yeti that had chosen her building to shelter himself from the corporation who captured him and planned to do lord knows what with him.

He escaped, but a giant white creature who sometimes vibrates and glows blue doesn’t stay hidden for very long in a city like Shanghai. Communicating with him through gestures and intuition, Yi realizes it’s her destiny to return him to Everest, which she determines is his home after he stares longingly at a nearby travel billboard. She also names him Everest, and they stow away on a ship leaving port. Her boisterous friend Peng (voice of Albert Tsai) and vain cousin Jin (voice of Tenzing Norgay Trainor Trainor) tag along, with Everest’s former captors in hot pursuit.

The casting directors have made politically shrewd choices by casting American actors of Asian descent, with the probably not coincidental choice of selecting one, Tenzing Norgay Trainor, who was named after the first Nepalese to summit Mt. Everest. The only actors without an Asian heredity are Eddie Izzard and Sarah Paulson, who play the “evil rich guy” and his head scientist, respectively. They share in common a real sprightliness in their line readings that elevate them above their stock types. Bennet in particular makes an impression.

Of course, the real impression is left by the animators, who have delivered to us any number of lush Chinese landscapes in all climates, from ferny rivers to barren deserts to snow-capped mountains. All these climates do exist in China, reminding us of the massive size of that country. The kids’ ability to move between these environments in only a few days, without even a change of clothes, is something best not pondered. 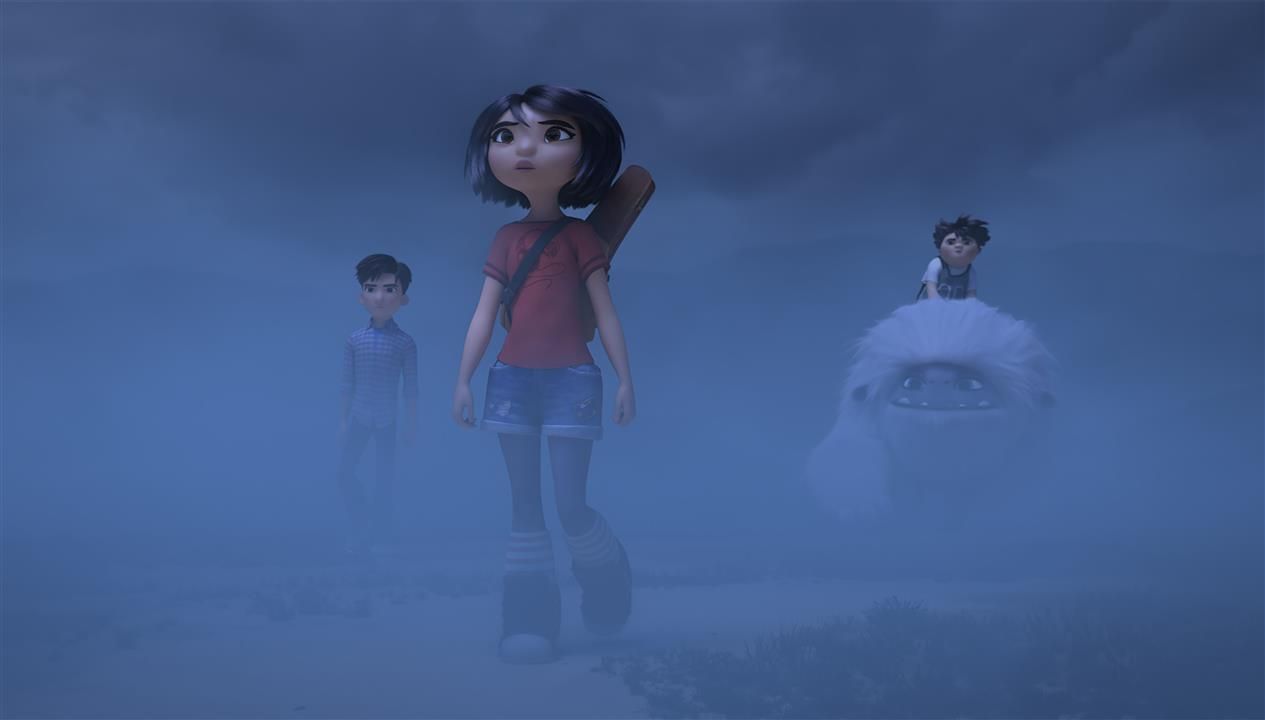 A little less impressive is the character design of the yeti himself. They’ve overloaded on cute here, with the guy looking like a giant white mop with a big grin and a few jutting, rounded white teeth, dulled into the shape of jelly beans perhaps as an attempt to further de-fang him. But it’s really the eyes that are too much, as the irises are full of blue sparklies that you shouldn’t look at for too long without hurting your own. As an embodiment of the gentleness of nature and our need to preserve it, though, he functions effectively.

What elevates Abominable above a standard bonding story between a kid and her oversized pet is a number of set pieces that serve as grace notes. This is also where the film really leans into its Chinese roots. Yi plays the violin, among the most popular instruments for Chinese children, and any time she puts bow to string is a cue to the fact that something extraordinary is about to happen. 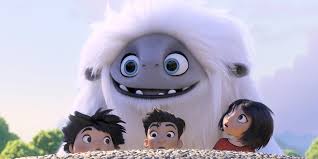 At one point during her journey, for example, the foursome visits the Leshan Giant Buddha, a 71-meter tall statue built in the eighth and ninth centuries. It was a prospective stop on her tour with her father, and was of particular interest to him. The way her playing at that statue combines with the natural wonders wrought by the yeti is the kind of thing that brings chills down a person’s spine. The sensation tends to linger for minutes afterward … maybe even the rest of the film.