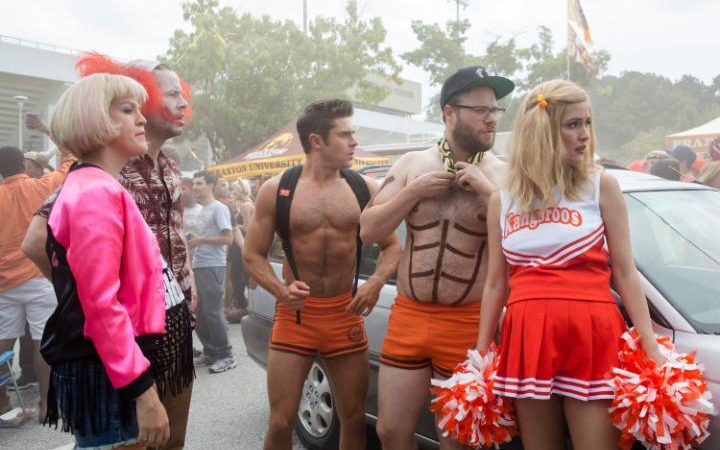 That Nicholas Stoller’s Bad Neighbours 2: Sorority Rising (Neighbors 2: Sorority Rising in the States) is a good film may be one of the biggest surprises of the year. That it contains relatively insightful social commentary is astonishing. Here is my negative review of Bad Neighbours from back in 2014. I fully expected to have a similar reaction regarding this follow up, and was considering simply copying and pasting my text from that review (considering it…I’m not such a lazy film critic as all that ). The original Bad Neighbours fell trap to the same pitfalls as dozens of American comedies that I’ve seen over the past few years. Seth Rogan on drugs, people yelling jokes that aren’t actually funny etc… How is a comedy a comedy if I don’t laugh?

And now, I’m compelled to admit that I laughed in Bad Neighbours 2, a lot. I was also interested in what happened to the characters. What I really didn’t expect though, is that Bad Neighbours 2 would have something interesting to say for itself.

The plot is a regurgitation of the plot of the original, but we expect that going in, and you don’t go to see a Seth Rogan/Nicholas Stoller film for narrative inventiveness. Expecting a second child and with a month to go before the sale of their house is finalised, Marc (Rogan) and Kelly (Rose Byrne) are horrified to discover that a new sorority is moving into the house next door. They can’t sell their house until it makes it through escrow, which is a thirty day waiting period in which the buyers are able to back out. They enlist Teddy (Zac Efron), their nemesis from the original film, to assist them in disassembling the new threat, Kappa Kappa Nu. 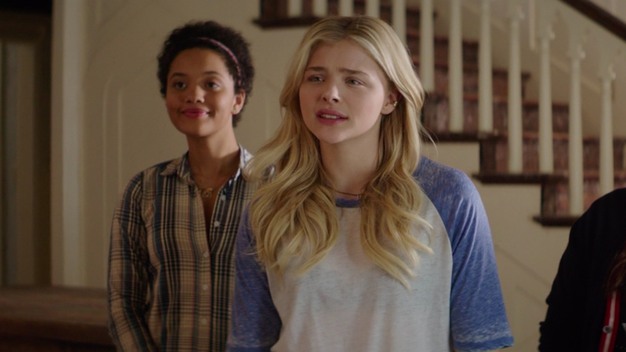 The thing about the sorority is that they are not really villains. In fact, the motivations of sorority leaders, Morgan (Chloë Grace Moretz), Beth (Kiersey Clemons) and Stella (Beanie Feldstein) are remarkably principled. Did you know that sororities generally outlaw hosting parties in their houses, instead paying money to attend the parties of fraternities? I didn’t. Morgan, Beth and Stella are admirably (or naturally?) in opposition to the mysognistic culture that saturates sorority and fraternity culture. They’re not villains, but Marc and Kelly are standing in their way.  Stoller is no doubt aware of the sexual stereotypes that the original film supported and has made an effort to flip it in this sequel. Surprisingly enough, more often than not, the social commentary in Bad Neighbours 2 works. Ultimately, it’s not a movie with an agenda, it’s a comedy, but the humour is strengthened by the message.

There’s also a degree of affection for the characters, something rare in a comedy film of this variety. Efron’s Teddy is the best character in Bad Neighbours 2. He was the principle antagonist in the original but here he is sympathetic. Living in a state of arrested development and feeling abandoned by his old fraternity brothers, Teddy is no longer and alpha male but rather a lonely guy looking for appreciation.

This is Rogan’s funniest film in a long time. Whatever made him unfunny for so long, whether it be comedic apathy or exhausted material, his films over the past almost decade have relied on his stoner persona, which can only be funny so many times, and stale jokes. Perhaps there hasn’t been much thought put towards whether the jokes in his recent movies are funny. Maybe there hasn’t been more thought put into the jokes in Bad Neighbours 2 either. They could have just gotten lucky. Either way, it’s funnier than most of the American comedies that have been release since I became a film critic four years ago. That’s an indictment on recent American comedies, but it does also mean that Bad Neighbours 2: Sorority Rising is pretty funny.