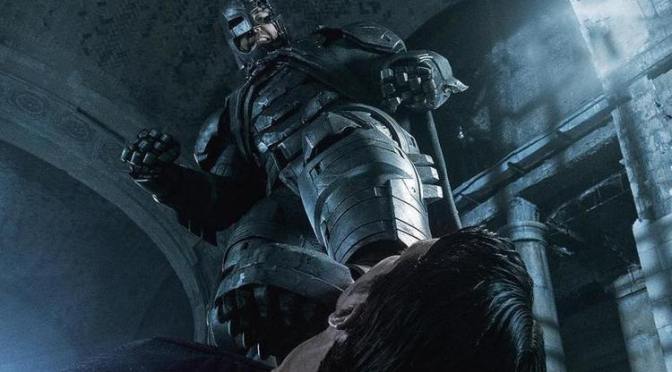 Batman V Superman: Dawn Of Justice is a very austere film for a film called Batman V Superman: Dawn Of Justice. That seriousness is haphazardly mingled with spectacle by director Zack Snyder. Snyder is a thoughtless filmmaker in the sense that his skill doesn’t extend to the philosophical concepts that a lot of his films try to engage with. He made his directorial feature debut with Dawn Of The Dead, and then furthered his position in entertainment cinema with the Frank Miller comic book adaptation 300. Those films were sustained by Snyder’s visual artistry, not by thought. With Man Of Steel and now its sequel, Batman V Superman, Snyder is trailing the enormous success of Christopher Nolan’s Batman franchise. These are properties of the DC comic book universe, the principle rival to Marvel, a studio which as enjoyed enormous success in their recent film adaptations. But Snyder isn’t the filmmaker that Nolan is. There’s a degree of intellectual emulation that Snyder just isn’t capable of.

A lot of ideas are bandied around Batman V Superman; none with success bar one. That arrives in the opening ten minutes. It’s a recreation of the carnage of Metropolis – the home city of Superman on Earth – from the third act of Man Of Steel. This time, it’s from the point of view of Bruce Wayne (Ben Affleck), the man behind the mask of Batman. The battle between Superman and General Zod is a different beast from a street level, where it resembles more catastrophe and spectacle. It’s a wonderful way of establishing the negative sentiment that Batman has towards Superman (Henry Cavill) that results in the titular ‘V’. Unfortunately, the clarity of those opening moments abruptly disappears and the rest of the film is a narrative and thematic mess.

The impact of the events of Man Of Steel would be monumental for humankind. The filmmakers behind Batman V Superman know that and remind us relentlessly, with zero nuance. Superman has been heralded by most as a god, and by many as a menace. Bruce Wayne believes that if there’s even the slightest chance that a being who could destroy mankind could be a threat then they need to be eliminated. This is a Batman that has been worn down both emotionally and physically. It’s not just old age. In a world in which Superman and General Zod exist, is there a place for Batman? The concepts that Batman V Superman touches upon are full of potential, but Snyder doesn’t have the same knack of wringing reflective ideas into blockbuster filmmaking that Christopher Nolan does.

Batman V Superman is an indication of the climate of Hollywood entertainment in a post-Avengers world. Production companies are no longer content with isolated success. In 2017, films called Knights of the Roundtable: King Arthur and Jungle Book: Origins will be released. For the studios behind those films, they will hopefully be the first in extended franchises. A Star Wars film will be released every year from now. There are no less than nine planned sequels to Batman V Superman so far. At least four of them are alluded to in this film. Wonder Woman (Gal Gadot) is in Batman V Superman because there is going to be a Wonder Woman film released next year, not because of any genuine narrative relevance. This film is as much prologue to the inevitable Justice League film as is to Man Of Steel.

Perhaps as a result, Batman V Superman never delves beyond the surface of any of the concepts it touches upon or any of the many characters it involves itself in. Wayne’s motivations are clear, but never fully developed. Similarly, Lex Luthor, Superman’s most famous adversary, takes issue with Superman’s omnipotence but his response simply doesn’t correspond with the things that he’s saying. It’s unbefitting of characters who, despite pushing the boundaries of sanity, have always championed intellect. But Batman V Superman is an imposing movie to the point of battering reason and logic into submission. 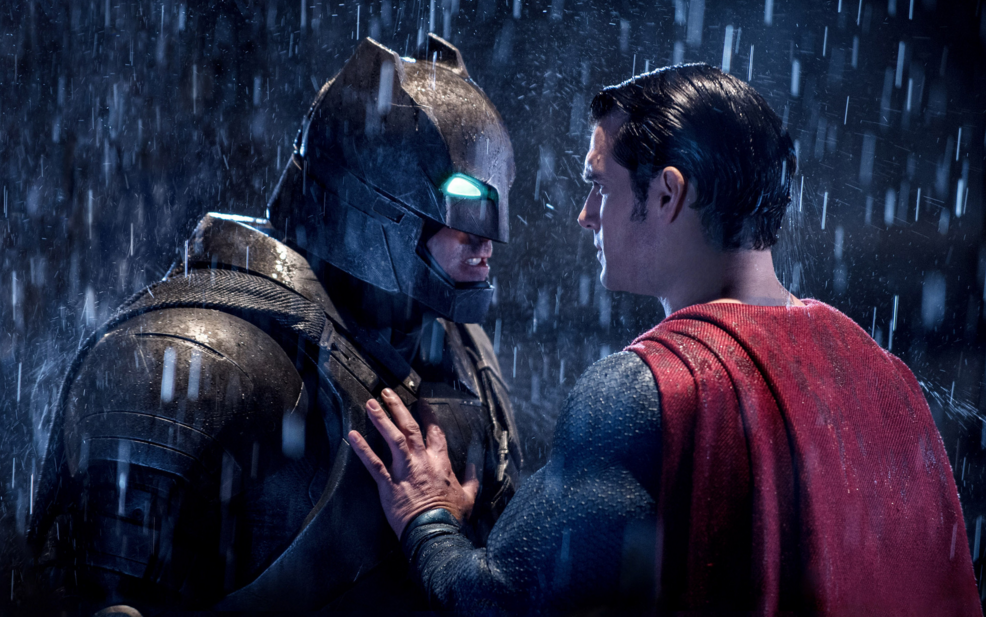 George Clooney, a man who has long been trying to live down his decision to star in the 1997 Joel Schumacher Batman film, Batman & Robin, once said that it’s possible to make a bad movie out of a good script, but that making a good movie from a bad script is impossible. There’s a fundamental issue at the heart of Batman V Superman and it’s in the script. Rarely has a blockbuster film been so disinterested in telling a story with purpose and coherence, or been so chaotically structured. Snyder’s film plays like a series of vignettes, or mini-scenes. A lot of those scenes have seeds of good ideas. Most of them don’t. The disjointed nature of Batman V Superman is exhausting. The severe grandiosity of it all doesn’t help.

In 1975, Steven Spielberg’s Jaws inadvertently changed Hollywood forever as a result of the studio’s decision to release the film simultaneously in cinemas all across America. That’s how the Summer Blockbuster began. It’s not easy to gauge precisely how the Blockbuster altered filmmaking, but there were undeniably many negative repercussions.  It’s been eight years since the release of Jon Favreau’s Iron Man, the film that instigated the extended Marvel Cinematic Universe. The consequence of this new breed of large-budget filmmaking is surely more dire than advantageous.