"The most interesting thing about Jonathan Dayton and Valerie Faris’ film is not that King was fighting for women’s rights, but that she was discovering her own dormant, or at least unacknowledged, lesbianism. "

"Battle of the Sexes is about important things, but it is not about them in important ways."

It’s hard to fathom that in 1973, a nation of men barracked for Bobby Riggs in his exhibition tennis match against Billie Jean King. Not because people never pull for the favourite, since they quite often do, or even that King should have been considered the underdog, as she was 26 years his junior and in the prime of her playing career. What’s hard to fathom is that men felt so threatened by the burgeoning feminist movement that they were desperate for a vicarious victory via Riggs, to cement their sense of privilege. Then again, these are the same type of men who have recently made headlines for shouting women out of gamer communities, for going apoplectic over the idea that a Ghostbuster could be female, and for electing Donald Trump over his female rival. The battle of the sexes has always been with us, and rages on still.

The battle of the sexes depicted in Battle of the Sexes was indeed a publicity stunt by Riggs, the former world #1 who found himself on the fringes of relevance at age 55, trying to feed a gambling lifestyle that was not compatible with his married domesticity. He became the poster boy for the tennis establishment’s policy of paying female tournament champions a small fraction of what it paid male champions, considering them the better draw because they produce a “more exciting” brand of play. 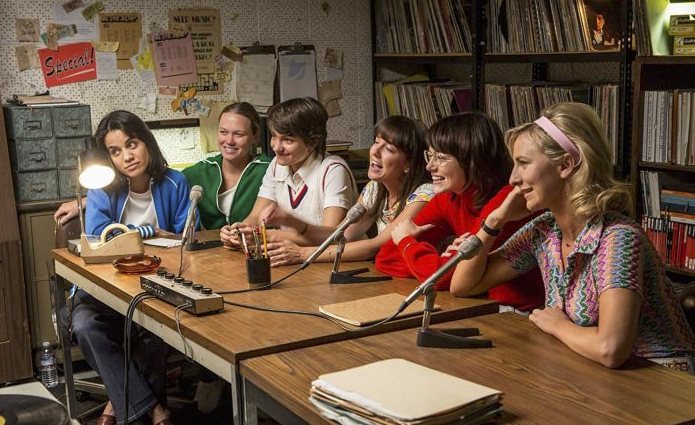 King, the top-ranked female at the time, led a boycott of one prominent tournament when she learned the payday would be only 1/8th of what the men were making. Riggs concocted a purportedly good-natured exhibition match intended to put the women in their place, offering a $100,000 prize to any woman who could beat him, and billing the matchup as “the male chauvinist pig” vs. “the hairy-legged feminist.” Each played their part, to some degree; he out of a sense of showmanship, she out of a reactionary necessity.

The most interesting thing about Jonathan Dayton and Valerie Faris’ film is not that King was fighting for women’s rights, but that she was discovering her own dormant, or at least unacknowledged, lesbianism. At the time of these events, King was falling in love with a hair stylist named Marilyn, which threatened to derail both her marriage and the sponsorship deals that were vital to the rival female tennis league she had started in protest. Male chauvinism was what she could fight publicly, but she was privately struggling with a love that dared not speak its name in 1973.

Battle of the Sexes is about important things, but it is not about them in important ways. It presents all this with a dutiful commitment to history and a careful measuring of its big topics, but without an essential righteousness that would have given it more drive. It joins a recent tradition of period pieces focused on little pockets of modern history that were emblematic of larger trends, most of which are solidly made but perhaps without the full conviction that might make them distinctive.

Part of the schism at the film’s core has to do with dividing the story somewhat evenly between King (Emma Stone) and Riggs (Steve Carell). This is not necessarily the wrong decision, but it’s a decision that seems informed by not wanting to appear too strident in its ideology, or divide its viewership too much along gender lines. Clearly King’s story is worth telling, for more than one reason. Riggs could have been and maybe should have been more of a one-dimensional villain, but the film tries to examine his perspective, one that’s largely indefensible except that he was suffering from a gambling addiction that was driving his family away. This story never really lands because the gambling addiction is mostly played for laughs, and the reasons his wife and adult son are disappointed in him are never fully explored. If not for Carell sympathetically selling the performance the way he does, that section of the film would be a total miss. 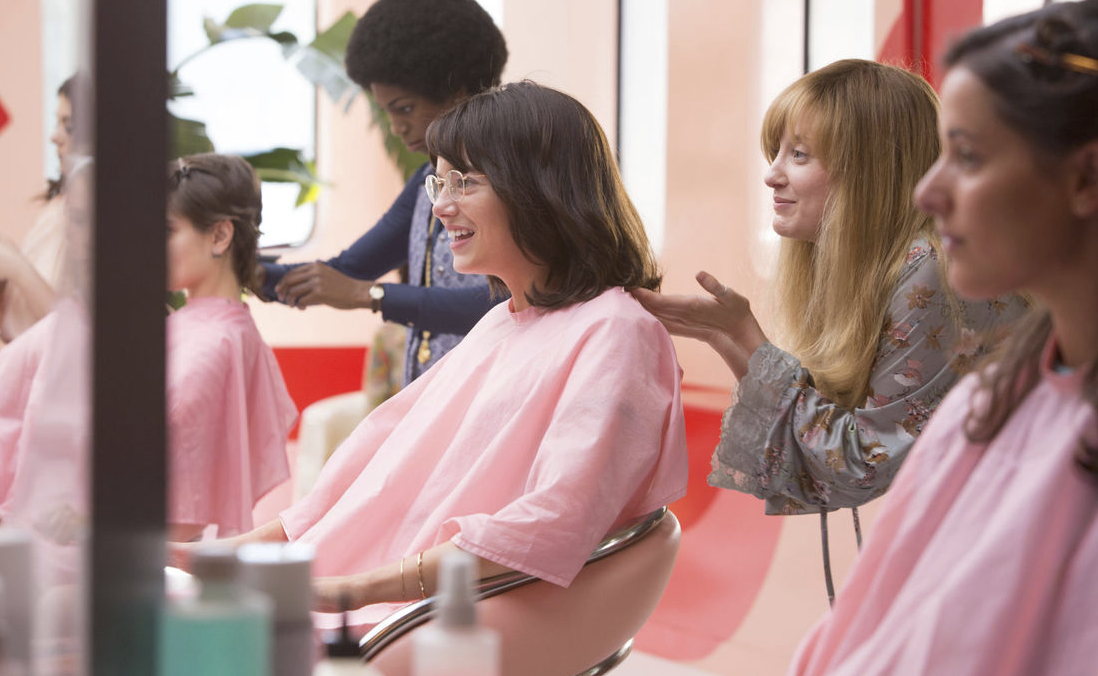 King’s story, the more important one, does indeed prop up the film’s weaker half. In her first role since winning the Oscar for La La Land, Stone delivers the goods again, demonstrating the struggle King felt between fighting for what she believed in one arena of her life, and squelching what she was coming to believe in another. Gay athletes have historically remained closeted because there was no other way for their careers to remain financially viable, but that effort takes its toll on her. Prior to the match against Riggs, her guilt over her betrayals of her husband, her lover and herself had begun affecting her play, dropping her from her top ranking. Stone shows us how she became a human rights crusader almost reluctantly, and how that carried for her a steep personal cost.

The film’s nicest touch might be a gay designer played by Alan Cumming, who travelled with King’s tennis tour and designed their outfits. He picks up on King’s affair almost intuitively, sensing another homosexual in hiding and providing her sage bits of advice on how to manage it all. Whether this character really existed or not, in this film he provides a safe harbour for a woman in desperate need of it. He knew she had a bigger battle yet to come, one in which a representative of the old world like Bobby Riggs would be little more than a footnote.