In 1996, Spike Lee made a film called Get on the Bus. The film concerned a group of black men on a bus going to the Million Man March. The film was a simple script shot on a Handycam and financed by private investors like Will Smith, Danny Glover and Wesley Snipes. It is composed simply of dialogue spoken by little-known actors who discuss issues such as race, homophobia and religion and served as something of a creative flashpoint for your humble writer.

Watching Lee’s film, I felt the same stroke of lightning that earlier film-lovers and makers must have felt when viewing Putney Swope or Slacker, generations before. It was a lesson, teaching me, most importantly, that you could make a film simply because you wanted to. But equally important was the understanding that a film could be entirely dialogue-based, and that dialogue and exposition needn’t exist merely to justify a contrived plot. 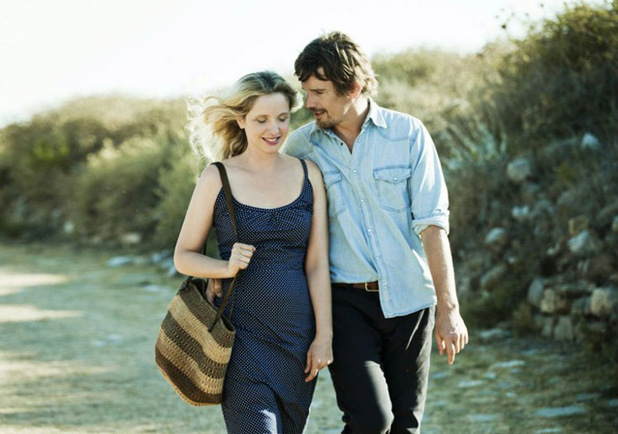 This understanding was cemented when I viewed Richard Linklater’s (the director of the aforementioned Slacker) Before Sunrise. The film depicted two twenty-somethings played by Ethan Hawke and Julie Delpy, who meet on a Vienna-bound train and begin a courtship as they wander around the Austrian city. The film, besides displaying the splendour of Vienna with wonderful cinematography, was an interesting artefact as it was composed entirely of conversations between the two star-crossed lovers, Jesse and Celine.

It wasn’t really a drama or a comedy, it was simply a romance, in every sense of the word. And what’s more, it was a romance between two intelligent, eloquent and eager post-collegiates on whose every word you blissfully hung. The sequel, Before Sunset, took us to Paris where the now middle-aged Jesse and Celine reunited to catch up on the time that had passed. Once again the dialogue was at the reigns of the film and it presented a complex and realistic depiction of two people at a crossroads, of two people who’ve changed immeasurably now that the carefree luxury of youth was gone.

The second film received a reception from fans as warm as the original, and it matched the first in romance, exploratory and seamlessly delivered dialogue, complex characterisation and the charming rapport between Jesse and Celine. Another sequel was soon demanded by fans and Linklater, Delpy and Hawke have delivered. The latest instalment in the Before Sunrise series carries over the gorgeous and vivid cinematography of the first two films and puts the characters in a new European setting. But besides these two very welcome tropes, Before Midnight shares little else with it predecessors. 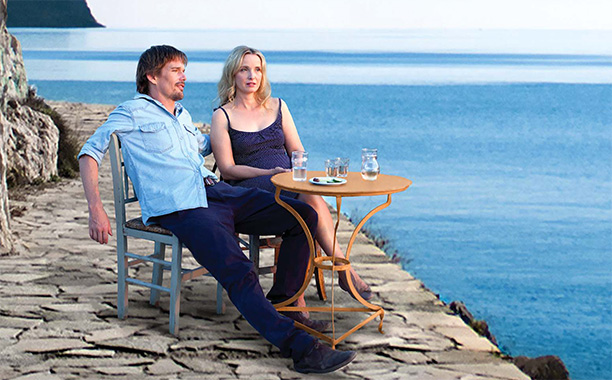 For the first time in the series, you find yourself wishing that the two protagonists would just shut up. Obviously this isn’t a desirable reaction to a film that is anchored by dialogue. And it’s not that the dialogue is any worse than in the previous two films. It still flows naturally and has the same air of improvisation, a testament to the acting ability of Hawke and Delpy. The problem instead stems from the characters themselves. You wish they’d shut up because really you just find them annoying as people.

In a way, the Before Sunrise triumvirate is a rather brilliant meditation on married life. Over the course of the three films, one is able experience the unfortunate metamorphosis that marriage and life in general forces people to take on. Jesse, once a conflicted and hungry romantic is now a man ever-reduced, even redacted, into an unflattering complacency. He forfeits all dignity when he declares an unconditional love for his wife, the once delicate and charming idealist who has become a humourless and annoyingly neurotic harridan.

Linklater and co. have avoided turning Celine and Jesse into complete caricatures simply by virtue of the candidacy of the films. The fact that we’re privy to their conversations and their feelings in such an explicit manner means we can veer away from looking at them as another faceless married couple in a movie. But this doesn’t mean that they’re any more enjoyable to watch than your next door neighbours arguing about the joint back account. If anything it’s less enjoyable, because you paid for it.