"Remarkably, Black as Night remains consistently fun despite the danger that it could feel like a history lesson."

"Cooper's got tonnes of charisma but wants no part of making this the sort of kitschy campfest a movie about teenage vampire hunters could become."

New Orleans is the setting for one of the best-known pieces of modern vampire fiction, that being Interview With the Vampire, the first novel in Anne Rice’s Vampire Chronicles. The new entry from Amazon’s Jason Blum-produced Welcome to the Blumhouse series, Black as Night, takes the gothic stylings of that 18th century Big Easy and gives them a smartly modern makeover. Not only does it not romanticise the city’s past, but there’s no one who looks remotely like the blonde and milky white Lestat, famously played by Tom Cruise in the film adaptation. 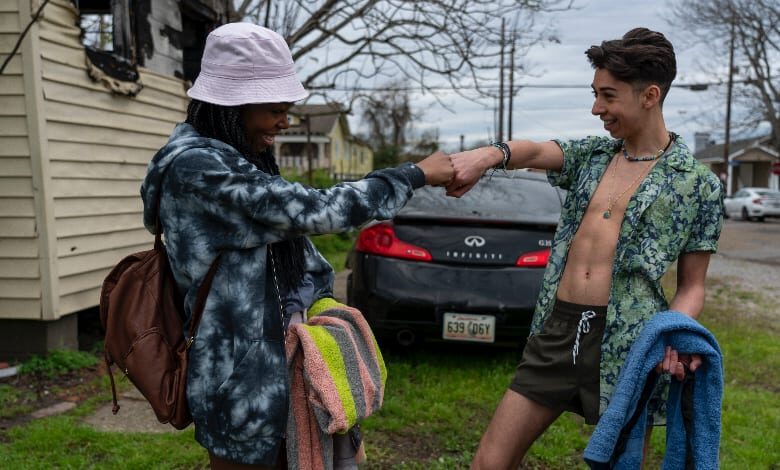 The title Black as Night is no mere comment on the darkness of the themes in a film about vampires. It’s actually a description of their skin colour. Director Maritte Lee Go and writer Sherman Payne have presented us the New Orleans that Anne Rice never considered, full of struggling African-Americans – those still remaining after Hurricane Katrina decimated the city 15 years ago, that is. The city’s older legacy, also still evident in various landmarks and various public perceptions, is one of racism and slave ownership. Remarkably, Black as Night remains consistently fun despite the danger that it could feel like a history lesson.

The story is told from the perspective of a 15-year-old girl whose mother is living in the severely dilapidated Ombreaux housing project, a setting that also puts one in mind of the horror movie Candyman and its remake. Shawna (Asjha Cooper) herself is doing well, and has a cheeky gay best friend Pedro (Fabrizio Guido) and middle class brother and father supporting her, but her mother (Kenneisha Thompson) has fallen deep into the horrors of crack addiction. Once a loving parent, she’s been left without the resources to cope with underlying mental conditions, a deficit Shawna’s father attributes to the disarray of post-Katrina New Orleans.

Never could Shawna have imagined, though, that her mother’s weakened condition would make her vulnerable to an entirely different sort of evil. Walking home from a party one night, Shawna is attacked by men she sees feasting on a body fallen on the footpath. Although one of them bites her in the neck, the wound isn’t fatal, so she is not converted. But now that she’s aware of vampires and connects them to news of missing homeless people and other fringe members of society around the city, she worries that her mother might be just the sort of person targeted for what appears to be a growing army of the undead.

There would be many obvious ways to make a movie like Black as Night, but Black as Night resists them. Every time the narrative details suggest the storytelling should go big, it remains life-sized, and is all the better for it. This is made possible largely thanks to the performance of Cooper as Shawna, whose thoughts we also regularly hear as a sort of narration. She’s got tonnes of charisma but wants no part of making this the sort of kitschy campfest a movie about teenage vampire hunters could become. She references Buffy at one point, but acknowledges that isn’t her. She takes a big high concept and keeps it real. 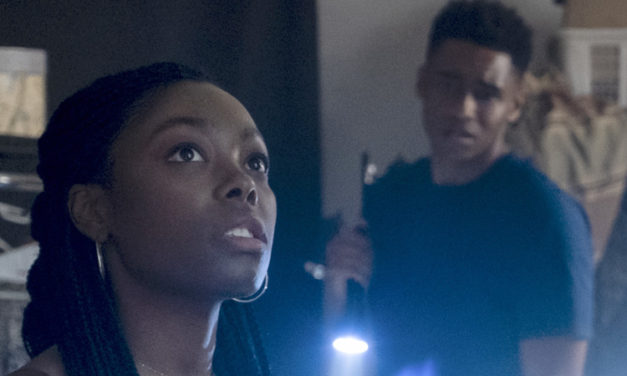 Which is not to say that Black as Night is small in its execution. Its vampire effects are just as good as you could want, and they involve some inventive variations on familiar vampire iconography. For example, there’s a great moment the first time Shawna sticks a wooden stake through the heart of an afflicted homeless man, using the lore she knows about vampires. The creature lets out an ungodly scream, but then for a moment, nothing happens. Just when all involved think the lore must have been mistaken, the man goes poof into a cloud of ashy dust, which lands on Shawna in a thick layer. So Black as Night even has jokes of sorts, though benefits all the more from underplaying them.

While the vampire stuff connects on a core level of its entertainment value, the film has far more serious agendas on its mind, which seem like they should tip the balance but never do. Black as Night doesn’t just delve into race, it specifically discusses the relative levels of melanin in the skin, and how even among Black characters there is a preference for lighter pigmentation. 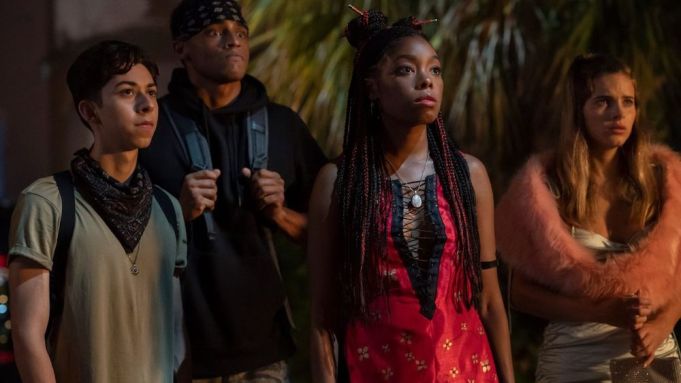 This is a level of specificity that almost certainly should have tripped up a film that’s trying to do a couple different things, but it has an unlikely courageousness that just deepens those themes. Even Shawna’s own brother calls her “Wesley Snipes with braids,” suggesting that she should be ashamed of the comparative darkness of her skin, and that her crush, Chris (Mason Beauchamp), will never love her because of it. Black as Night doesn’t get bogged down in these moments, but their inclusion enrichens the content, and ultimately pays narrative dividends as well. Pedro’s status as an immigrant is also touched on, while the “othering” in his status as a homosexual remains more implied.

Black as Night is presenting a clear alternative to the works of Anne Rice, but it remains in conversation with them. One of the characters who joins up with Shawna, Pedro and Chris is Granya (Abbie Gayle), the president of a teenage book club that focuses on vampire literature. She’s white, and given her age, she might be more a Twilight fan than an Anne Rice fan. The unimaginative way to go with this would be to make her a figure of fun, either completely frivolous, exaggeratedly racist or just plain dumb. Instead, she is a welcome member of the team whose encyclopaedic vampire knowledge proves essential at certain junctures. 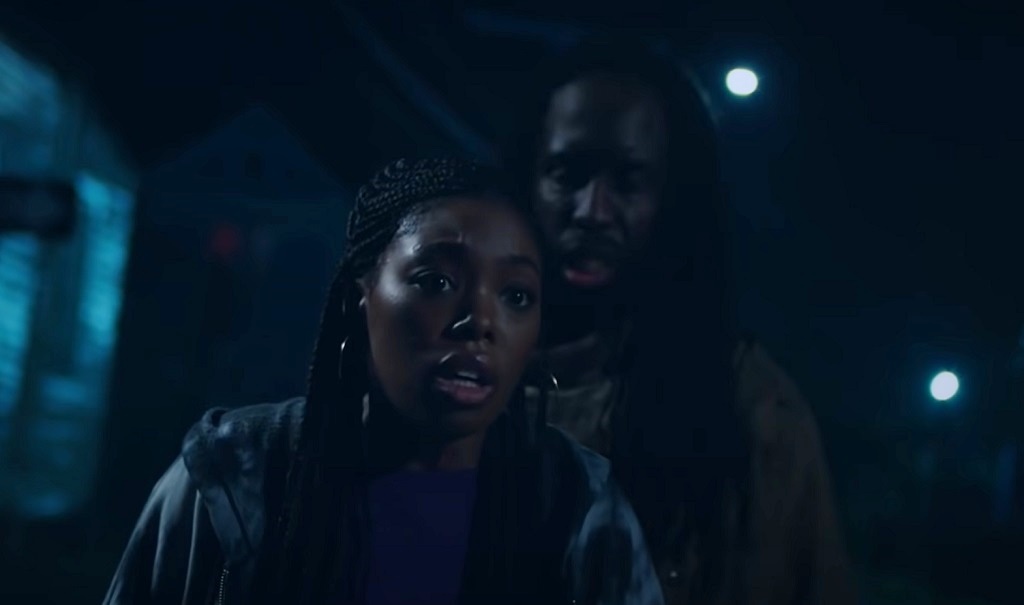 Black as Night feels compassion for its characters, even its vampires. And here we are reminded of the difference between vampires and zombies, who otherwise have a lot in common. While neither a zombie nor a vampire is in its current state by choice, the zombie is so far gone that killing it is clearly an act of mercy. Vampires still retain much of their humanity, and as our heroes are first confronted with how to handle one such attacker who is begging for his life, they are reminded of the unfortunate fact that they feel empathy for him. Black as Night exists in a world that requires definitive action even when the underlying morality feels anything but. Kind of like our world.

Black as Night is currently streaming on Amazon Prime.