"Black Widow was never going to be a particularly merry film to begin with."

"The set pieces themselves are involving, for the most part, but they are never shot to maximise their effect on the audience."

New Zealand got an unlikely entry in the Marvel Cinematic Universe with director Taika Waititi on Thor: Ragnarok, and now Australia gets its own unlikely entry with Black Widow director Cate Shortland, who is known for her films Lore and Berlin Syndrome. Marvel Studios has been hiring these directors whose previous experience would not necessarily make them good candidates for an effects-laden tentpole – Nomadland best director winner Chloe Zhao is up next with The Eternals – and Shortland certainly fits the bill. Sometimes these square pegs are jammed into round holes and make a movie that is indistinguishable from every other Marvel movie, and sometimes they get to keep their vision – the vision that presumably put them on Marvel’s shortlist in the first place. 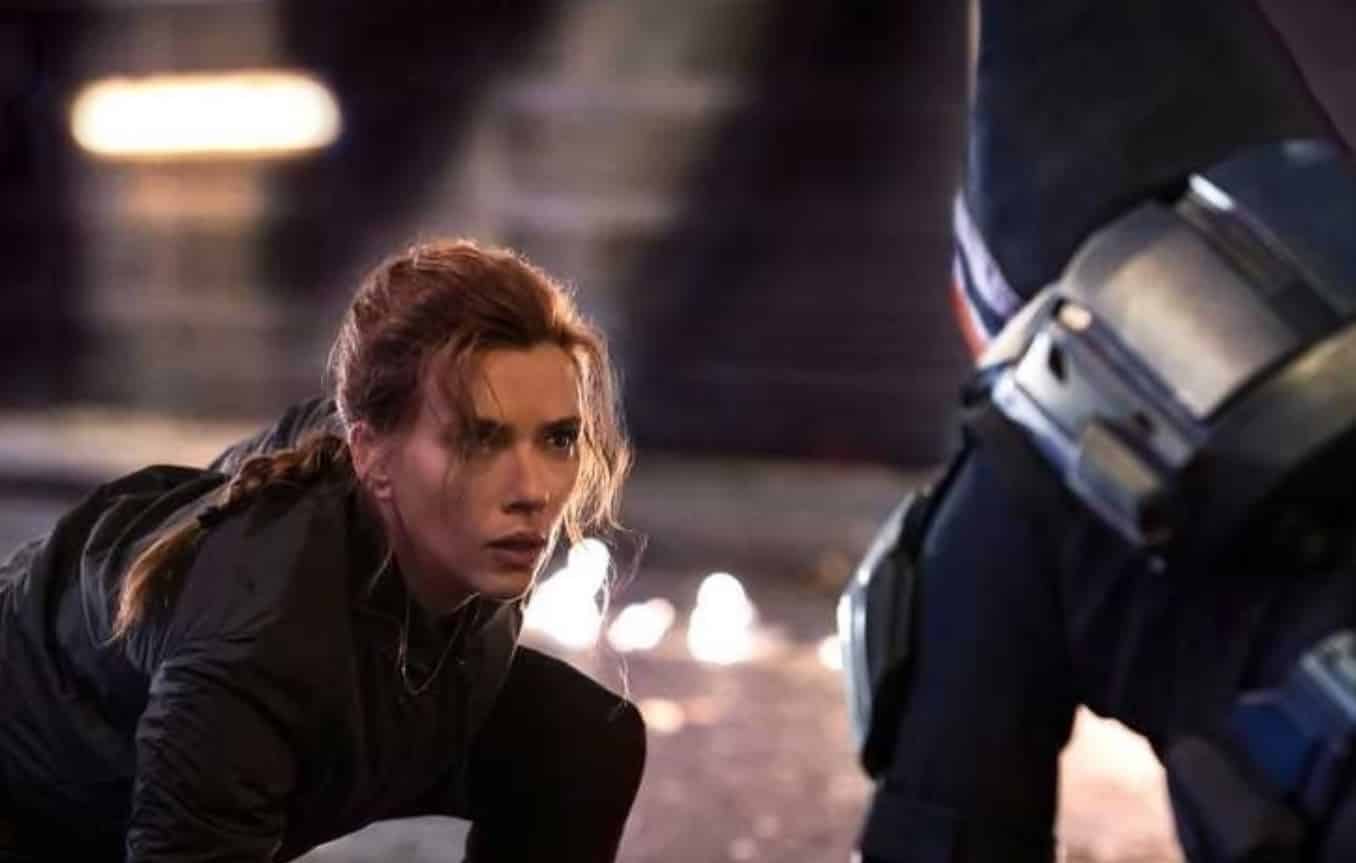 For Waititi, this worked out extremely well, as Thor: Ragnarok is widely regarded as one of the freshest and most fun entries in a series that is up to nearly to 25 films now – one that resembles his eccentric work on films like Boy and Hunt for the Wilderpeople. It was so successful that they’re repeating the experiment with Thor: Love & Thunder. Shortland has also retained her own sensibilities, with lesser results. Humour is decidedly not Shortland’s specialty, so the attempts in that regard are met with something more closely resembling awkward titters than guffaws. What’s left is a film that feels self-serious and looks grainy and washed out – like Lore and Berlin Syndrome.

Black Widow was never going to be a particularly merry film to begin with. Spoiler alert: She’s dead. It may not be very sporting to reveal secrets about Avengers: Endgame, but you’ve had two years to watch it now, so you should have been able to set aside the three hours at some point. Shortland’s film does not address the current state of aliveness or deadness of Natasha Romanoff (Scarlett Johansson) until a post-credits sequence, possibly to keep her role as an aspirational figure less complicated for younger viewers. But even without her having sacrificed herself in Endgame, this film is about young girls who are abducted, abused, and turned into programmed assassins, so cheeriness was not going to be its strong suit.

That’s probably a narrative worth exploring, but it doesn’t make Black Widow very fun, and at least the appearance of levity is meant to be Marvel’s calling card, especially when contrasted with the bleaker DCEU. Romanoff and her “sister” Yelena (Florence Pugh) are supposed to have a back-and-forth, in which Yelena teases the Avenger for her trademark landing pose (one knee bent, the other leg thrust outward to the side), and David Harbour’s oafish strongman Red Guardian is meant to provide laughs as well. It mostly just feels shoehorned in.

The story takes place in the time between Captain America: Civil War and Avengers: Infinity War, when Romanoff is one of several outlaw Avengers on the run. She’s eluded capture and hidden out in Norway, but she’s been tracked there by a lethal costumed assassin sent by Dreykov (Ray Winstone). He runs the ominous “Red Room,” where young women are trained to become Black Widow assassins. Romanoff has come into possession of some vials of red powder that can free the assassins from their enslavement to Dreykov, and if she can distribute them to the planted widows around the world, she will upend Dreykov’s whole spy network. If she can go one step further and find the Red Room, she can put a stop to this whole evil infrastructure for good. 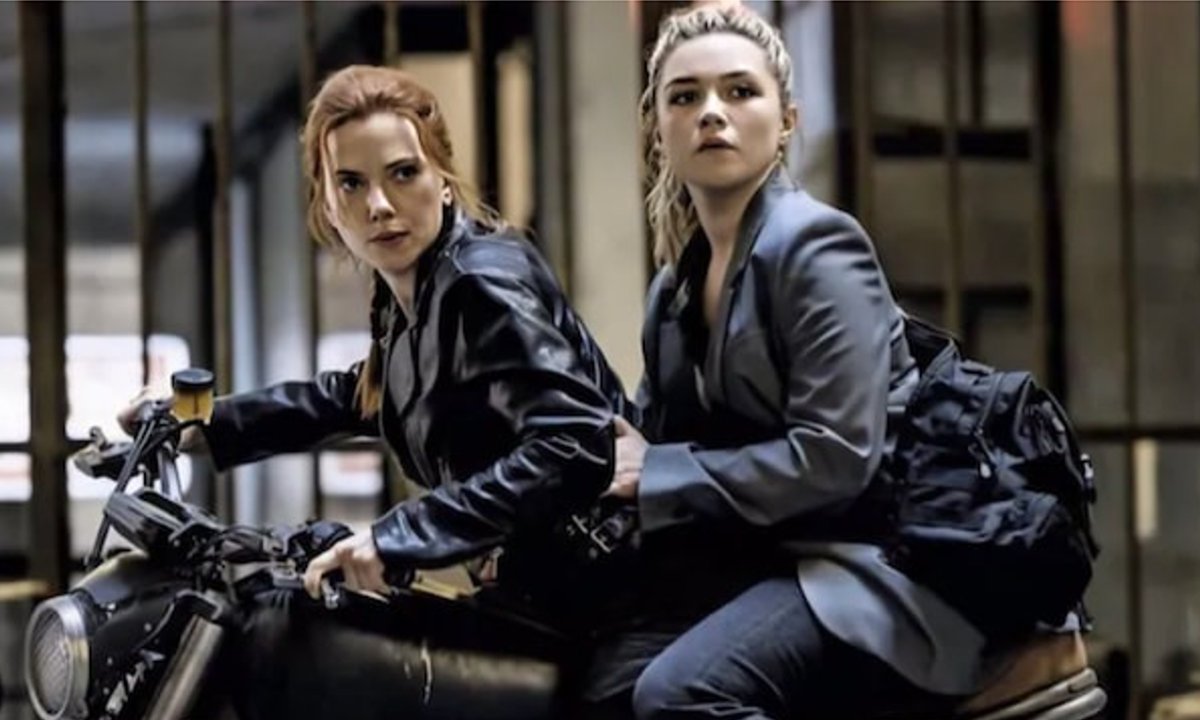 To do this she’ll need help from the estranged Yelena and to spring the Red Guardian, birth name Alexei, from the Russian prison where he’s been rotting (and breaking arms in arm wrestling matches). They’ll also need to rope in Melina (Rachel Weisz), who is testing mind control on pigs on a Russian farm. Those four had posed undercover as a family in Ohio back in the 1990s, but have not seen each other since their cover was blown – a sequence that encompasses the film’s cold open.

The charitable way to describe Black Widow is that it feels like a sort of gritty spy thriller, something thrown back to a time before we had three Marvel movies a year. The uncharitable way is to say that it looks dull, with blurry action sequences and close-ups that bring us way too close and personal with the actors, attractive as they may generally be. This is where Shortland’s inexperience with this sort of project comes through. The set pieces themselves are involving, for the most part, but they are never shot to maximise their effect on the audience. They disorient more than they entertain. 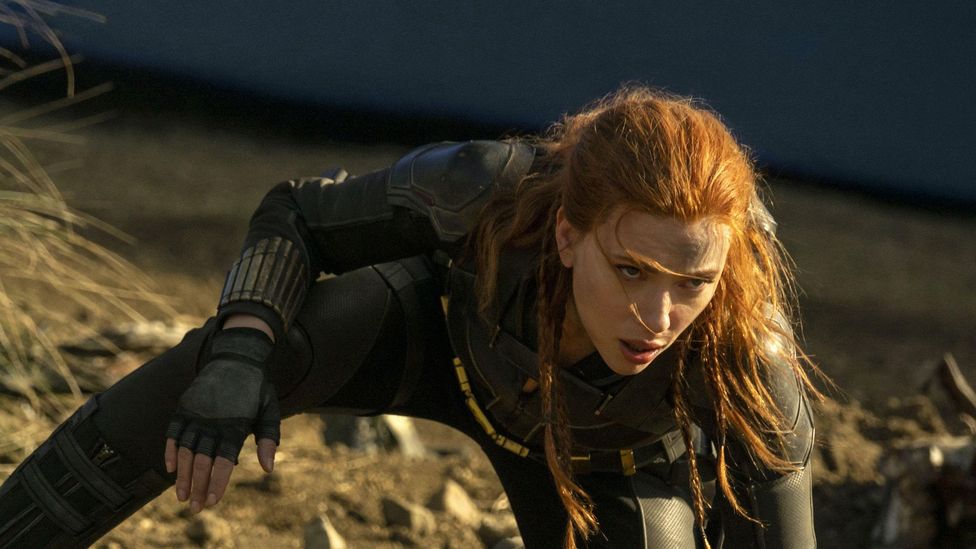 Black Widow doesn’t have to pop visually to be a useful entry in this saga of oh-so-many chapters, but it really feels betwixt and between as a solo project. There are way too many references to what’s going on in the larger story to get lost in this one, but its timing within the larger scheme also has a disorienting effect – “wait, have there been five movies since all this happened, or six?” So it’s neither advancing the larger narrative nor really asserting its own raison d’etre. It might have made more sense to envision this as a true origin story for Black Widow, except then the movie’s main draw – Scarlett Johansson – couldn’t likely have played her, not if the idea were to show an assassin in her teenage years. Besides, we’ve kind of already covered that with all the media incarnations of La Femme Nikita.

Florence Pugh should have been a close secondary draw for this one, but the stratospheric charisma she displayed in a trio of 2019 films (Fighting With My Family, Midsommar and Little Women) is muted both by the material and by her director’s inability to determine how to use her. Harbour probably has the most distinct personality here, which is not a big win for a film that’s meant to give us a meritorious dose of feminism lite. 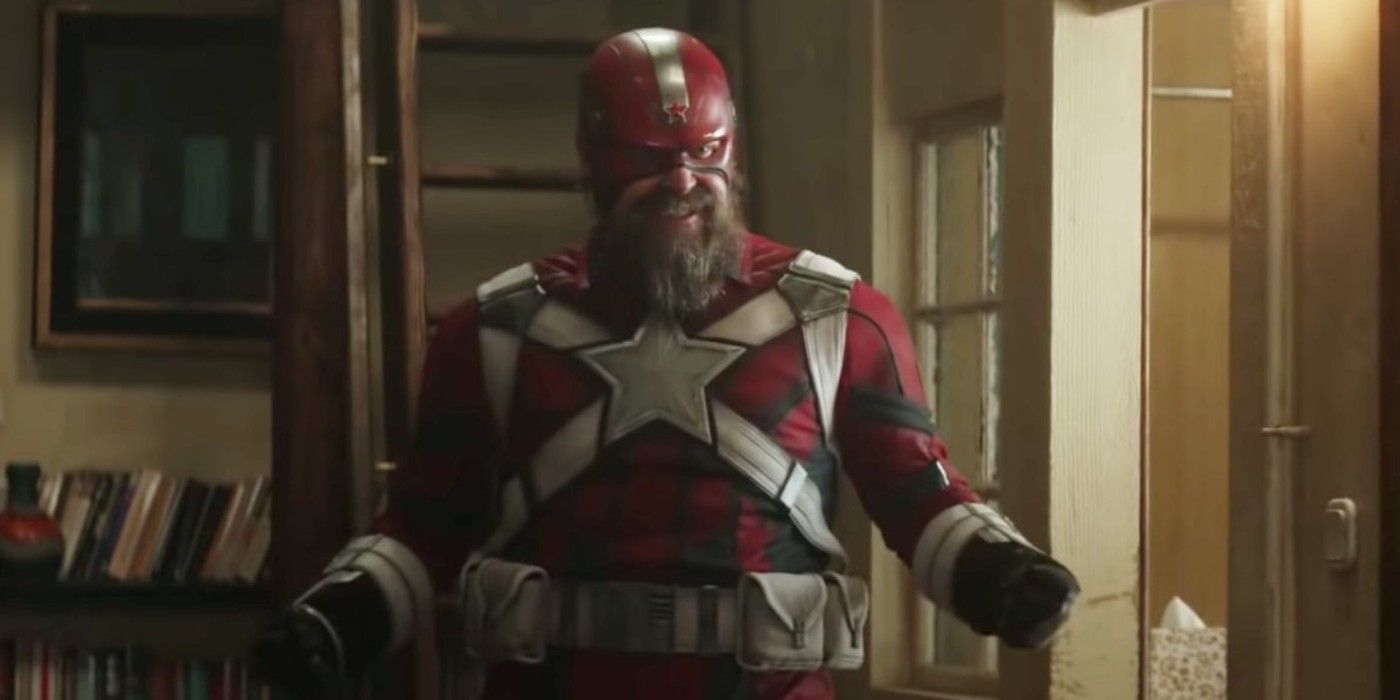 The fact that this is, in fact, the rare female-driven superhero movie means that it gives a critic no joy not to love it. But not every movie can be Wonder Woman, and not every director can have the success in the MCU that Taika Waititi has had. If we’re being honest, this is probably not what Shortland really wanted to do with her career, the trappings of fame and the higher paycheques notwithstanding. Surely the probable success of Black Widow will be enough to give her plenty of choice what to do next, and maybe that project will be a better match for her skills.