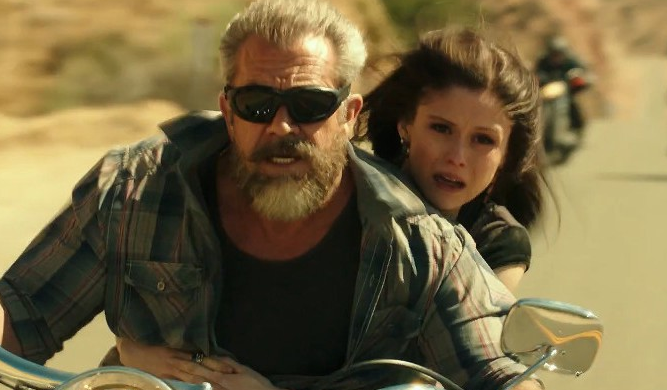 Jean-François Richet‘s Blood Father is about redemption. It’s also about whether too much time can pass and too much damage be done for some people to ever earn it. That’s something that actor Mel Gibson presumably knows quite a lot about. The public image that he has accomplished over the past decade or so as a result of his violent and racist behaviour, his substance abuse and his mental health issues, has been enormously detrimental to his once very comfortable career. Blood Father appreciates that public image. It relishes it. Much of why Blood Father is as engaging as it is is because that public image caricature means that it’s not so difficult to imagine that Link, Gibson’s character, is simply Gibson himself.

Link is a former member of a biker gang, and a current tattoo artist, operating his business out of a ramshackle trailer in a trailer park in the middle of nowhere. “You done a little time too, huh?” one customer asks him. “Yeah,” he replies with a certain world weariness that only men with the life experience of Mel Gibson can muster, “just a little.” It may appear naff to bring Gibson’s personal life into a discussion regarding a film in which he actes, but Blood Father welcomes that connection. Mel Gibson’s past decade is completely embedded in the character of Link. Link has done his time. Gibson has done his time. He’s still doing it.

Blood Father may be a way of Gibson addressing his image without directly addressing it. Both Link and Gibson have made terrible mistakes. Some of them were heavily related to substance abuse, some of them weren’t. Neither man is capable of moving on. Link isn’t capable of moving on because he is drawn back into past behaviour by his daughter. Gibson is incapable of moving on because, for better or for worse, the world may never let him forget his poor conduct. Blood Father acknowledges the mistakes of an old, ex-alcoholic. It doesn’t attempt to justify them. It also knows that mistakes aren’t the whole picture. 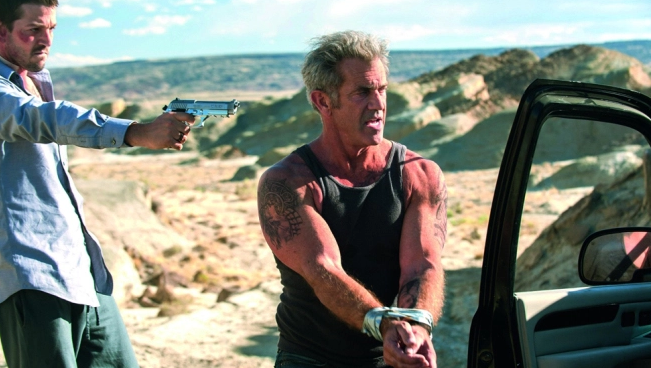 Link is enticed back into violence and crime when he is visited by his daughter, Lydia (Erin Moriarty). She has been missing for an unrevealed number of years, but she is back in Link’s life and she is in trouble. Lydia has shot her drug dealer boyfriend, Jonah (Diego Luna), and is on the run from the Mexican gangsters to which he is affiliated. There are many films about violent men being drawn back into violence unwillingly. Blood Father is one of the better ones.

“I haven’t had so much fun since I was fifteen and stealing cars,” Link confessed. “This shit’s a party to a dirtbag like me.” A lesser film might have found it necessary to imbue its characters with more relatable or respectable qualities. Richet beguiles his audience into supporting the actions of protagonists who behave more deplorably than they do virtuously. Lydia and Link aren’t entirely bad people, but they’re certainly not good people.

Were it to be judged  on narrative alone, Blood Father might be dismissed as any number of the Taken emulations that have been released in the past few years, including a handful starring Gibson himself. It’s a far film better than any of them. It’s everything except that narrative that make it marvellous. The dialogue and acting, in particular, are highlights, in a variety of film that usually benefits from neither. Michael Parks, in a small cameo as the leader of a biker gang, has one of the most electric screen presences in any film release of this year.

Mel Gibson saturates the DNA of Richet’s film. Blood Father may be the actor’s way of conceding his regrettable actions to the public, it may not be. Gibson’s behaviour was unfortunate. It was also unfortunate that the entire popular culture digesting world was privy to it. But it is certain that it is unreasonable to assess a man on his mistakes alone. Link may not deserve a peaceful life. But we never wholly comprehend that nature of his past, so there’s a chance he might.