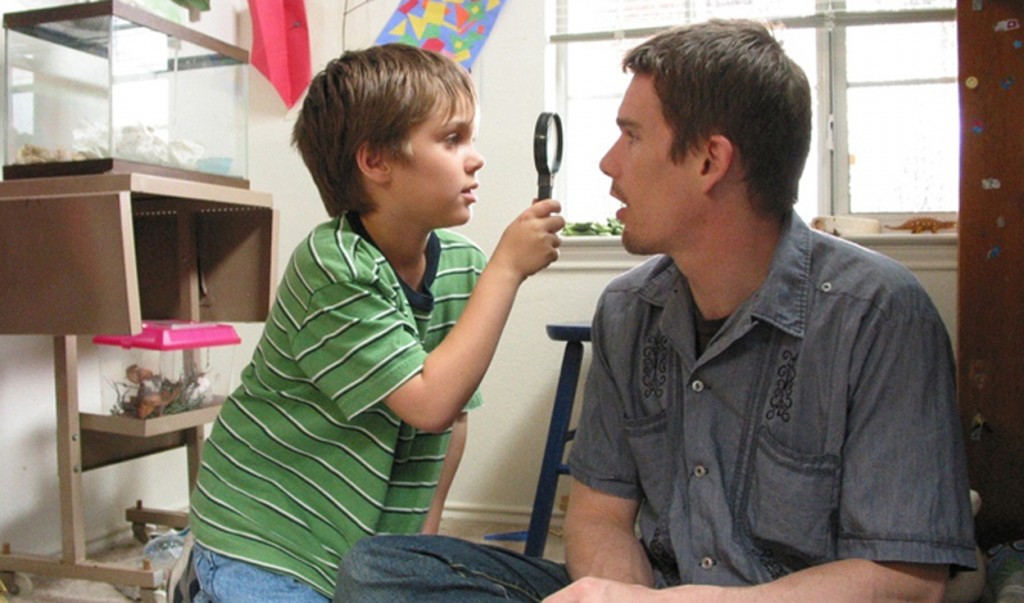 As an achievement in filmmaking, Richard Linklater’s Boyhood is remarkable. As a film unto itself, it is less so. In 2002, Linklater announced his intentions to film the story of a boy as he grows into adulthood over the course of 12 years. Every subsequent Summer, the filmmaker, his crew and a cast of actors reunited to rehearse and film brief segments that would eventually contribute to the film as a whole. Linklater allowed the changing world as well as the evolution of his lead actors to help dictate the direction of his film, in particular the central character of Mason. Boyhood is a film about perhaps the most volatile era of a person’s evolution. There are no meaningful insights offered about life, the film simply is life. Except it isn’t, because everything is controlled and none of it is real.

Mason (Ellar Coltrane) is the child whose boyhood occupies Linklater’s concentration. His father, Mason Sr. (Ethan Hawke), and mother, Olivia (Patricia Arquette) are separated but on reasonably amiable terms. Mason Sr. is the more capricious of the two. At the beginning of the film, he is off in Alaska somewhere, shirking his parental responsibilities. Olivia tries to rise to the occasion, and for the most part does an admirable job of both guiding and providing for her children. The fourth member of the family is Sam (Lorelei Linklater), who loves teasing her younger brother Mason and whose development over the twelve year span of the film is no less compelling than his.

The family grow, make mistakes and generally push through life with random purpose and illogical progression, just as most of us do. Mason Sr. returns to his childrens’ lives, happy to enjoy the role of occasionally doting father while Olivia accepts the burden of responsibility. Olivia has a string of regrettable partners, which put more pressure on her stoicism than she deserves. Sam, played by Linklater’s own daughter, enters puberty before Mason, discovering the opposite sex, alcohol and teenage rebellion a few years ahead. 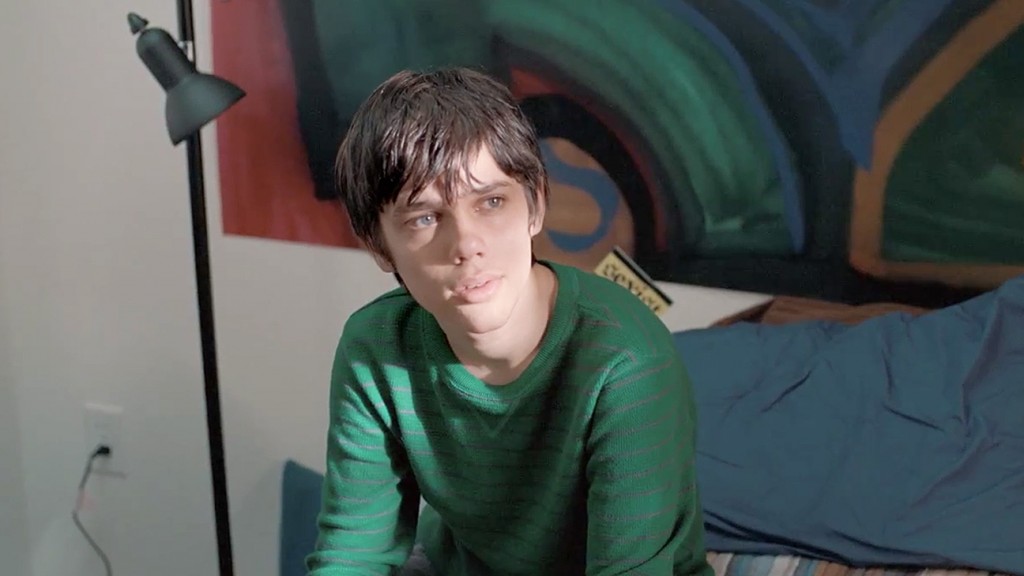 Linklater is a filmmaker of admirable ambition and versatility. His Before series explored similar territory to Boyhood, tracking a couple over the course of three separate films, filmed ten years apart. Like those films, the concept of Boyhood is arguably stronger than the execution. There has never been a film such as Boyhood, and perhaps never will be again, in which we’re privy to genuine progression. Despite Mason being a fictional character, there is undeniable authenticity to much of his, his parents’ and his sister’s evolution over the course of the 164 minutes. Boyhood is captivating because of the inherently fascinating idea of watching people grow up and develop, but it is more amazing as an achievement than as a film. Each segment is readily watchable and engaging, encourages reflection on our own lives and is a reasonably astute depiction of common circumstance of growing up, but Boyhood is never particularly insightful about any of the events that Linklater devises. There’s never any observation, save for those generated by the audience projecting their own experiences onto Mason’s.

As a concept however, Boyhood stands as one of cinema’s most daring and surprisingly successful. Linklater’s ability to adapt and accommodate for world events or the emerging personalities of his two youthful stars is nothing short of astonishing. It’s remarkable to think that the filming of this project has been going on for so long almost completely unnoticed. Arquette as Mason’s mother is particularly strong – amazingly delivering the best performance of her career every Summer for twelve years before ever receiving the recognition she most certainly deserves. Unfortunately, there is little sense of cause and effect to Mason’s life. Seemingly monumental events occur that are entirely forgotten the next time the film makes a leap in time, and appear to have had no consequence on Mason’s personality or life decisions.

Boyhood makes you stop to consider your own life, perhaps an inherent byproduct of watching someone age so convincingly over such a short period of time. It highlights questions about life and self that we all share. The film inspires you to contemplate without ever offering any real wisdom of its own, which isn’t enough. Linklater doesn’t interpret the process of growing up, he merely emulates it. There may be point to that, since answers are not an authentic addition to existentialism. It’s easy to get swept up in the nostalgia that Boyhood conjures, since it feels so much like real life. Everything that happens to Mason and his family feels authentic. The curious thing about the film then, is that none of it is.