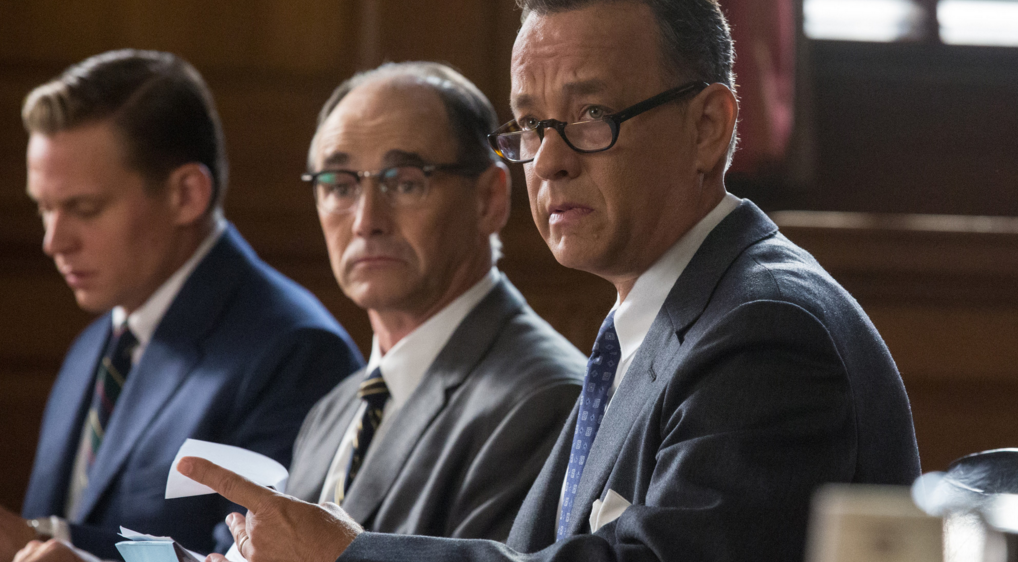 Whether a film ought to be judged solely on the merits it presents without extraneous considerations is a problematic question. Vertigo, arguably Alfred Hitchcock’s most remarkable film, benefits from a knowledge of the man behind the film and an appreciation his prior body of work. Chances are that it may not have garnered the high distinction that it has within the community of film critics and enthusiasts without that knowledge. Vertigo is a finer film for the understanding of Hitchcock’s obsession with the correlation between voyeurism and film and his perceived obsession with the Grace Kelly-type blonde, among dozens of other factors that go into our assessment of Vertigo. To not draw on our knowledge of a filmmaker if we’re aware of it might just be impossible. And yet shouldn’t a film be solely judged on what it actually is?

Steven Spielberg may not be the first filmmaker to come to mind in regards to conveying the the murkiness of the Cold War on screen. He’s neither a subtle nor a complicated filmmaker, which is observation not criticism. Spielberg is at his most accomplished and gifted when he’s conjuring wonder and excitement or playing with how he presents content, not sifting through problematic concepts. There’s been a tendency throughout Spielberg’s career whenever he’s turned toward more somber subject matter to dilute the issues at hand. Saving Private Ryan works fine as an action adventure film but regarding any concept of anti-war convictions it’s absolutely deplorable. Schindler’s List is successful because there’s such an enormous sweep of sentiment, with which Spielberg is more than capable, despite the misplaced focus toward Schindler himself in the final act. Minutiae is not Spielberg’s strong point. 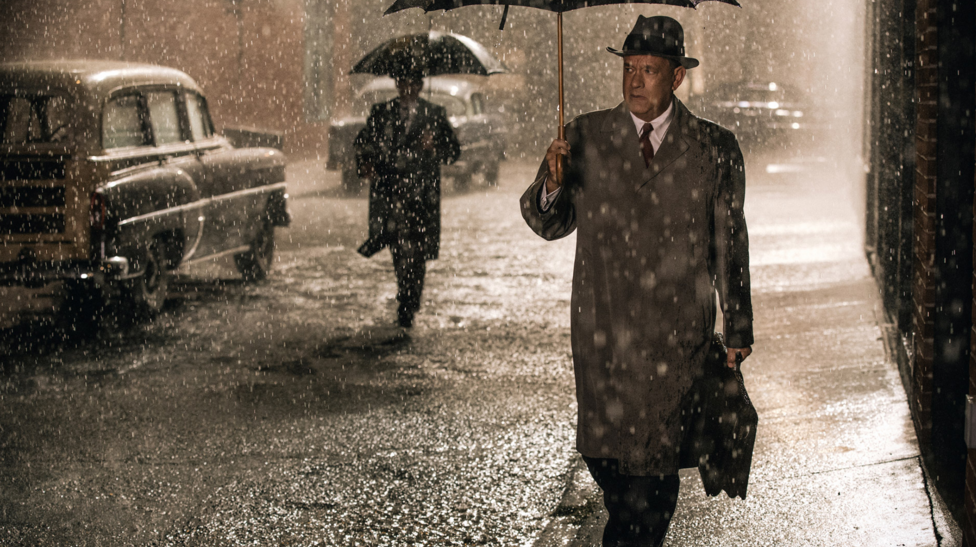 We appreciate that going into Bridge Of Spies, Spielberg’s latest film, and yet the film thwarts our expectations of his filmmaking instincts. Not deliberately – it’s unlikely that Spielberg is so aware of his flaws as a filmmaker that he would so actively and honestly exploit them – and yet arguably the most successful element of Bridge Of Spies is that we’re aware that there’s a tendency to present information in conspicuously broad strokes in Spielberg’s filmmaking and it isn’t present, at least for the better part of the film. It’s a restrained, mostly thoughtful, film, which aren’t characteristics usually associated with Spielberg.

There is, however, the unshakable need on the part of Spielberg to unearth heroism and thematic salvation in murky waters. Ultimately, it’s the work of James Donovan (Tom Hanks) on which Spielberg erroneously lingers, just as it’s Oskar Schindler, and not the horror of the Holocaust, that occupies the coda of Schindler’s List. During the Cold War, Donovan, a New York-based lawyer, was assigned to the case of captured Soviet spy, Rudolf Abel (Mark Rylance), and eventually becomes integral in the negotiations between the United States and the Soviet Union for a proposed prisoner exchange. His infallibility is the heart of a film that perhaps doesn’t need a heart.

There’s an uneasy sense of impartiality, as though Spielberg is acutely aware that there’s no historical or logical sense in demonising either side and yet his impulse tends toward patriotism nonetheless. For much of Bridge Of Spies, this is kept in check. Individuals are heroes, not nations. A classroom of young children pledge allegiance to the flag interrupted by footage of nuclear weapons may be Spielberg at his bleakest. 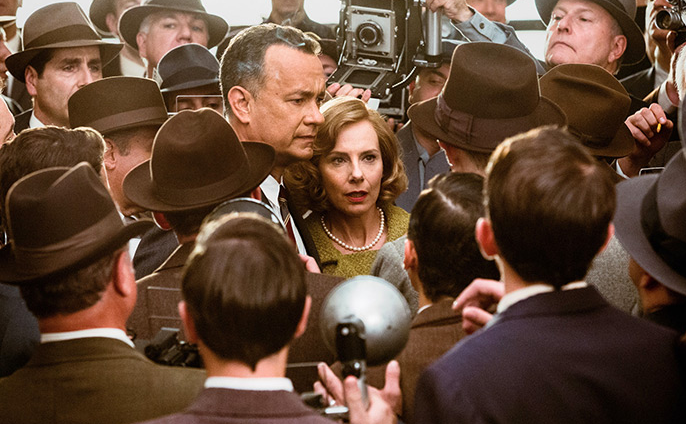 The paranoia of the Cold War permeates the film, which does a remarkable job at conveying just how complicated a superficially straight-forward operation could be complicated by the mistrust being bandied around by the people in charge of running the two most powerful nations on the planet at the time. Americanism may still be untouchable in Spielberg’s eyes but the American government in Bridge Of Spies is equally as capable of and willing to impede Donovan’s inflexible pursuit of justice as the Soviets.

The Cold War is as much moral ambiguity as it is paranoia and antagonism, characteristics that by-and-large don’t correspond with Spielberg’s approach to filmmaking. Yet there’s restraint to Bridge Of Spies and there’s very little, other than Janusz Kaminski’s eternally overblown cinematography and some relatively insignificant narrative quirks, that distinguishes it as a Spielberg film. Which is something quite remarkable for a filmmaker with such stylistic and narrative precedence as Steven Spielberg.