"...precious and schmaltzy that fails to register as believable at any given moment."

"...we’re subjected to a broad and shallow consideration of James’ reintegration ..."

If I were the FBI agent in charge of interviewing kidnappers Ted and April Mitchum (Mark Hamill and Jane Adams), my first question would not be why they snatched a young boy and raised him as their son for more than two decades, or even why they told him the air outside their isolated desert home was toxic. The answers to those questions are obvious, if depressing.

No, my first question would be why on earth they committed the time, the resources and the energy to producing 736 episodes of a television show in which a man in a bear costume fights off an evil being called the Sun Snatcher, all for the sake of providing an education to this one young boy, when reruns of Sesame Street would have accomplished the same goal. 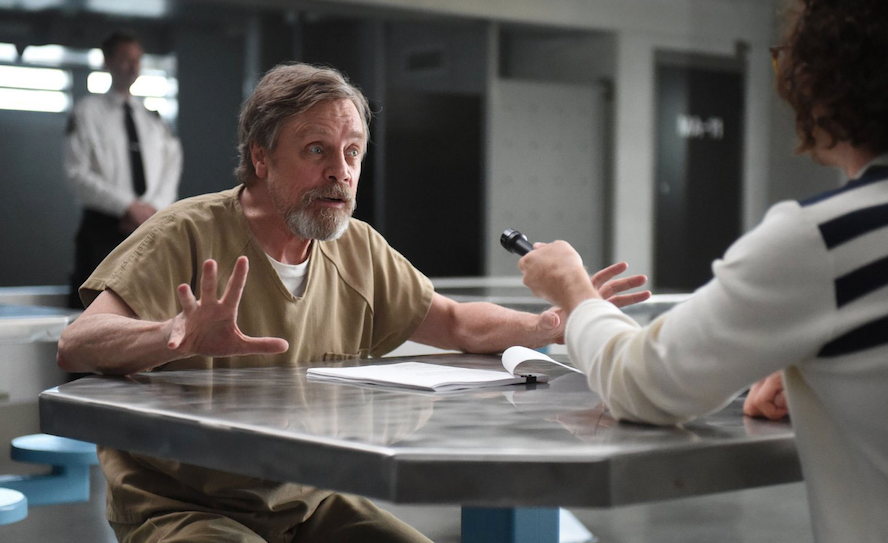 That is indeed the premise of Brigsby Bear, director Dave McCary’s staging of a story by the movie’s star, Saturday Night Live cast member Kyle Mooney. The movie has greater SNL star wattage behind the scenes, as it was produced by Andy Samberg (and his two producing partners who make up The Lonely Island), as well as Phil Lord and Christopher Miller (who have no affiliation with Saturday Night Live that I know of). All that talent has produced very few laughs. Worse, it’s given us something precious and schmaltzy that fails to register as believable at any given moment.

Upon being released from the prison he didn’t know he was in, Mooney’s James Pope of course has a lot of adjustments to make, which dramatises via reheated leftovers from better fish-out-of-water comedies. The water he was in was far more interesting. The desert compound in which he previously engaged in a number of odd rituals – like standing and shaking hands with his “parents” prior to dinner, as a variation on saying grace – has a captivating production design inspired by retro sci-fi, and numerous questions about how it operates that don’t get answered in the approximately seven minutes of screen time budgeted for this part of the story.

Instead, Brigsby Bear eagerly hurries forward to sticking Mooney in “our world,” where he can pick up catchphrases in a desperate attempt to fit in, or sip Coca Cola for the first time. By the fourth time James refers to something as “dope as shit,” delivered not with hip inflections but nerdy stiltedness, we’ve realised it’s three times too many. Send me back to that compound with the VHS tapes, the illuminated domes and the animatronic foxes that stroll by the windows, please.

The Brigsby Bear TV show bears all the hallmarks of a kids show produced for Canadian public access in the 1980s, which is the cover story Hamill’s character has offered its one human star, a girl who has grown up to become a diner waitress. (That she made 736 episodes of this show without asking any further questions is another detail the film makes no effort to explain). It’s the aesthetics of that show, especially as they were central to the film’s earliest teaser trailers, that surely brought in most of the movie’s audiences. Those audiences would have reasonably expected something out of Michel Gondry’s filmography — a creative repurposing of chintzy, retro materials into something magical and wondrous. 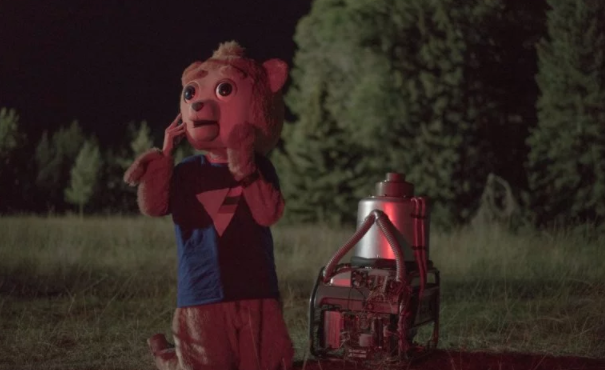 That’s not what we get here. Instead, we’re subjected to a broad and shallow consideration of James’ reintegration – not only into society, but into the family that hasn’t seen him in 25 years, including a teenage sister who wasn’t yet born when he was kidnapped. In defter hands, this could have been the quirky comedy version of Lenny Abrahamson’s Room, where a thoughtful examination of what these people have lost would have dwelled in between the jokes. Several elements prevent this, from the poor quality of the writing to the ill-considered casting of Matt Walsh and Michaela Watkins (another SNL alum) as James’ parents. Those two just aren’t up to the task.

Greg Kinnear doesn’t help matters as a kindly detective, and Claire Danes is completely wasted as the psychologist trying to smooth out James’ emotional transition.
James’ support structure indulges his Brigsby-related delusions in a way that’s reminiscent of the treatment of the title character in Lars and the Real Girl. If you recall that film, Ryan Gosling’s character is the centre of a benevolent conspiracy to validate the emotional legitimacy of his relationship with a blow-up sex doll. How you received Lars and the Real Girl may preview your reaction to Brigsby Bear. As you can tell from my rating below, I didn’t think much of either.